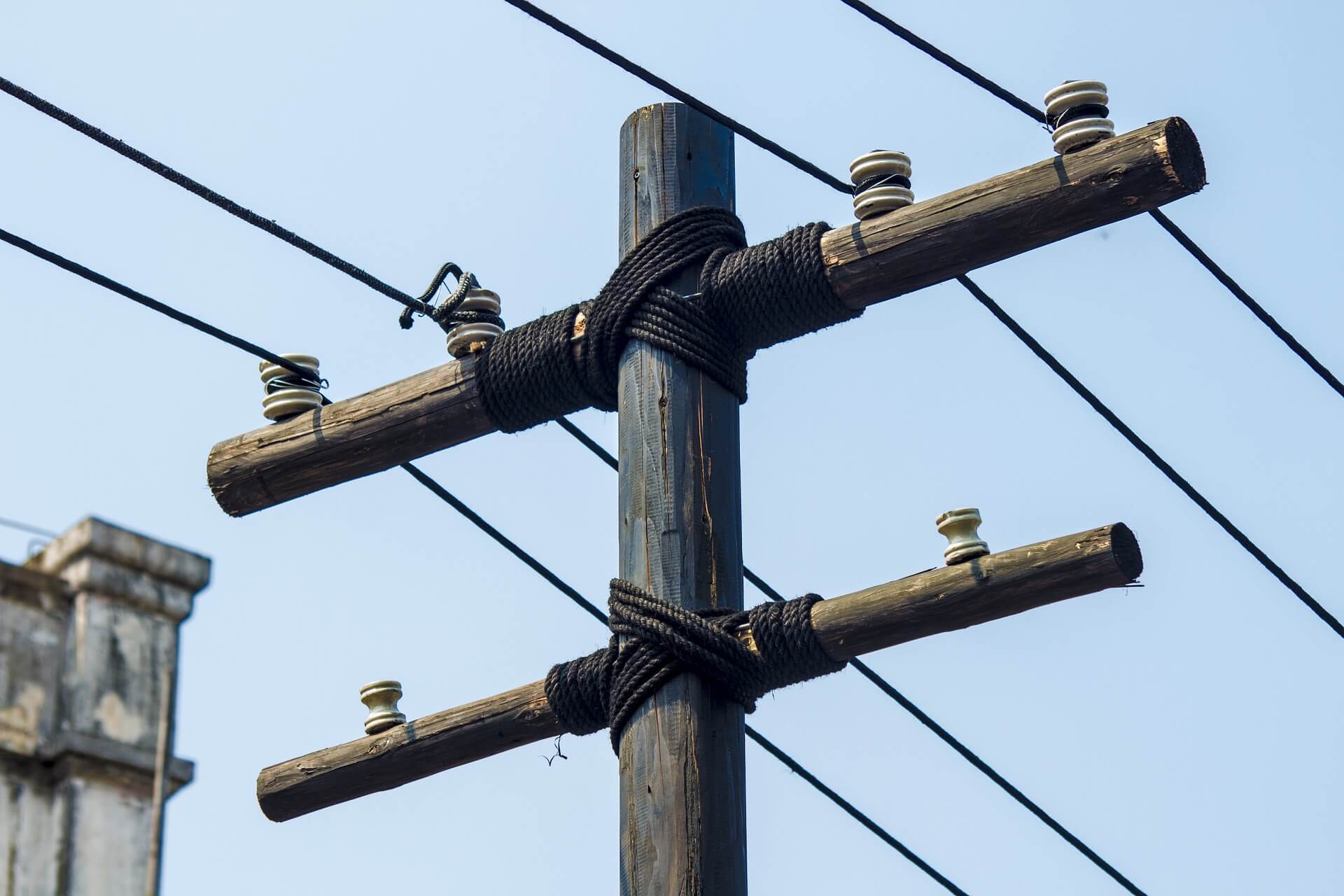 Once electricity is generated, it needs to be transmitted to the end-users -- the homes, businesses, commercial buildings, and industrial facilities where the electricity is actually used to power lighting systems, appliances, business equipment, and other electrical equipment and machinery. The alternating current -- or "AC" -- electrical power that is used in nearly all electrical utility systems worldwide has the advantage of being able to be transmitted long distances with a relatively low loss of energy, making it possible for electrical generation capacity to be very far away from the consumers who actually use it. However, to be effectively transmitted over a distance, the generated AC current must be "transformed" into a very high voltage current, which will pass through the long-distance transmission lines with less energy being lost. Before it is eventually run through other transformers to reduce its voltage to a level usable by its end users, it passes at high voltage through transmission lines. This leads to the danger of power line accident electrical injuries that are much more likely to lead to severe shock and electrocution hazards due to the high current voltage.

Due to their close proximity to where people actually work and live, most power electrical injuries occur to individual property owners and workers who are physically near the electrical distribution lines that run overhead from pole to pole in our neighborhoods and commercial areas or which tend to be buried underground in more recently constructed areas. One study of electrical injuries in the United States, prepared in the early 2000s by members of the Institute of Electrical and Electronics Engineers (IEEE) and published by the U.S. Centers for Disease Control, presented relevant data for electrical injuries and deaths during on-the-job incidents. This study found that:

Among the types of workers with a significant risk of electrical injuries were several categories that would seem to have little or no connection with actual electrical work, including gardeners, groundskeepers, construction laborers, and farmers. The reason for this becomes more apparent as the study notes that unintended contact with overhead power lines was frequently tied to the use of hand-held items like hand tools and ladders -- devices just as likely to be used by homeowners in their backyards as by a gardener or construction worker performing tasks near overhead power lines.

Mitigating these dangers -- whether for a construction worker or a homeowner working around their house -- can include some reasonably simple steps (as listed in this alert from the Occupational Safety and Health Administration OSHA) such as:

Because overhead power lines are nearly always carrying high-voltage current -- current that hasn't yet been transformed into the relatively low-voltage current that we typically find in our homes and businesses -- fatalities nearly always result from electrocution, as noted in the study discussed above. Fatality in electrocution incidents usually results from electrical current passing through the body and causing "ventricular fibrillation" in the heart -- when fibrillation occurs, the heart muscle quivers rather than forcefully contracting to push blood through the body. The condition is rapidly fatal, especially if interventions such as CPR or a defibrillator device don't occur quickly. Fatality can also occur due to the current "freezing" of the abdominal muscles responsible for breathing.

When a personal injury lawyer is consulted about a severe injury or death resulting from a power line accident, a few lines of investigation will be key:

Since many power line electrical injuries result from on-the-job incidents, workers' compensation claims are often a legal route that must be considered by the personal injury lawyer, though even with on-the-job electrical injuries, ordinary personal injury claims and lawsuits may be an available route in addition to or separate from the worker's comp path. This is typically the case when someone other than the victim, their employer, and their co-employees may have negligently contributed to causing the incident.

For power line electrical injuries that do not result from on-the-job incidents, a personal injury lawyer will generally look at the electric company and its workers, contractors, and hardware suppliers who may have been responsible for defective hardware or improperly installed and maintained hardware that contributed to causing the incident.

Regardless of a specific cause, power line electrical injuries typically result in personal injury and workers comp claims that are much more technically and legally complex to investigate, understand, and resolve than are more common types of injury incidents. An experienced personal injury attorney is key to successfully resolving these types of claims by having the experience, expertise, and resources to properly investigate and pursue them.

View this OSHA video that describes the dangers of working near overhead power lines and how construction workers, in particular, can take steps to mitigate those dangers:

Hello, my name is Ed Smith, and I am a Sacramento Electrical Injury Lawyer. Power line electrical injuries typically are severe or even fatal. These lines transmit high-voltage currents that are much more dangerous than the lower voltage currents are usually exposed to in our homes, businesses, and offices. Determining just how a power line injury incident occurred and who may be liable for it is typically a complicated process, both technically and legally. If you or a family member have been injured due to a power line accident electrical injury, please contact us for free, friendly advice at (916) 921-6400 or (800) 404-5400, or reach out to us via our online contact form.