Why is this important?
Home
Cities We Serve
Patterson Car Accident and Personal Injury Lawyer 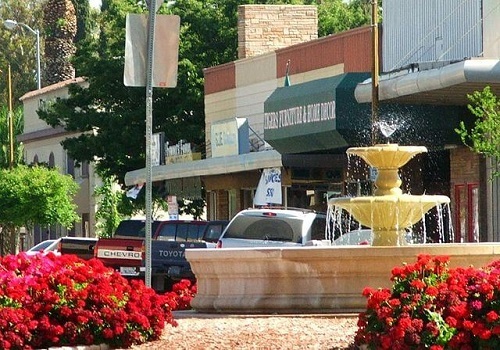 Patterson, in Stanislaus County, is a town included in the statistical area of Modesto and has a population of about 22,000 residents.

Bordered by Interstate 5 and with Route 33 running through the east side, its rural location near the San Joaquin River National Wildlife Refuge offers many opportunities.

Although the good people of Patterson don't see many serious accidents every year, they do know that taking the highway can be a different situation. In 2017, the California Office of Traffic Safety reported 20 accidents in Patterson that resulted in injuries or fatalities. Three involved speeding, and drunk driving caused another three. However, motorists from other areas and drivers of big trucks can make highway driving dangerous when higher rates of speed are involved.

We work hard at the Law Offices of Edward A. Smith to get you the compensation you deserved when you were injured in a traffic collision. We handle traffic collision claims of all types, whether it involves a big rig, another motorist, or you were riding on a bicycle, motorcycle, or on foot. We believe that those who are injured by another person's or entity's negligent actions should never have to pay for their economic losses. We are here for you when you need us, whether you or a loved one has suffered an injury or have lost a loved one through wrongful death.

Proof of Negligence in a Personal Injury

In a personal injury case, four things have to be shown. The first is that the at-fault party owed a duty of care toward the injured person. This means that they were expected to act the way a reasonable person would safeguard others from danger.

The second element is that the at-fault person failed in that duty by acting negligently, such as speeding, driving drunk, or running a red light.

The third element is that the negligent actions of the at-fault party caused an injury to another person.

The final component is that the injured person suffered financial loss as a result of the accident, which can include lost wages because they could not go to work, medical expenses, and pain and suffering.

Building a Strong Case for Compensation

An experienced Patterson car accident lawyer can prove that the negligent party caused your injury, which allows you to place a claim for financial compensation. We start by sending our investigators to the accident site to search for evidence that will support your injury claim. They begin by checking the police report for mistakes and talking to witnesses to the crash. Cameras mounted to scan traffic and at local businesses can provide videos that show the accident in progress.

Performing accident reconstruction can be helpful also. Investigators don't stop there and look for road maintenance issues that might have contributed to or caused a crash. In these cases, the government entity in charge of maintenance may be held responsible. Once the evidence is gathered, our lawyers work to construct a strong case for our client, which can be used either in negotiations with the insurance company or in civil court to obtain the compensation they deserve.

Many people think that a Patterson auto accident attorney only handles car collision claims; however, it is wider. In addition to car accidents, personal injury lawyers also handle claims that include the following, among others:

Why Negotiating by Yourself With an Insurance Company Can Be Difficult

Most people have no problem dealing with their insurance company after a minor accident. However, this is much different than dealing with them if you or a loved one is injured. After all, insurance companies are out to make a profit, so they commonly offer the lowest settlement possible with the hopes that the injured person will find it acceptable. By signing an early settlement agreement, the injured person cannot make any claims on the accident in the future.

If the injury is ongoing and more medical care is needed, the person may still face a large number of bills that are difficult to pay. An early sign-off is to the insurance company's advantage, and they know it. Those who have to take off work because of an injury are stressed enough to sign, and the insurance companies know that too. This is one of the reasons that insurance companies are so powerful. In addition, they can be manipulative and may look for ways to delay or avoid paying a claim such as the following:

It can be difficult to choose a personal injury lawyer when there are so many listed in your area. Some handy tips to keep in mind when looking for one to handle your case or ask for advice include:

The following video gives tips on how to find the right personal injury lawyer for you.

Accidents caused by the negligent actions of another party can cause financial problems to the injured, adding to the pain and stress. We may be able to help you obtain compensation to at least alleviate the financial burden when you call us at (209) 227-1931 for free and friendly advice. Long-distance callers can reach our injury lawyers at (800) 404-5400. In addition, we offer an online form as a way to get in touch with us. You owe nothing until your case is won.

Editor’s Note: This page has been updated for accuracy and relevancy [cha 7.2.21]

Patterson Motorcycle Accident Attorney Patterson Truck Accident Lawyer Patterson Wrongful Death Lawyer
Contact Us
Search
Practice Areas
Client Reviews
★★★★★
"Me and my wife; had a car accident. We were amazed how easy, professional, friendly attorney Ed Smith is along with his staff. Everybody is amazing. Thank you so much, we are very impressed!" Alex & Dinah M.
★★★★★
"Ed Smith and his office team took on a difficult personal injury case on my behalf and for the passenger in my car. Ed is a top- notch attorney. His staff couldn't have been more helpful and kind. No need to look elsewhere. I give Ed Smith my highest recommendation." Beverly
★★★★★
"Ed and Robert have been taking great care of my husband and I for the past 5+ years. They are always there when you have a problem and a quick resolution! Even when the issues have nothing to do with them. They are willing to help ease the pain off your shoulders. They are as good as it gets! Thank you again for everything." Annie T.
★★★★★
"Very professional. Great team, staff and service all around. Mr Smith was very honest, straight forward with his advice. He gives the word "attorney" an honest reputation. I will seek his council anytime, and would recommend him at the drop of a dime." Jeremy M.
★★★★★
"I would highly recommend Ed Smith to any friends or family in need of a personal injury attorney. Ed, and his staff, are very caring on top of being very experienced in this field. The staff always keeps you informed of the status of your case and they are always easy to reach by phone." Shannon D.
★★★★★
"Edward Smith law offices provide competent, thorough, and personable help for victims of personal injury. When you first meet the staff you know you contacted the right office. This law office treats clients like people. I recommend this office to anyone seeking representation regarding personal injury." David M.
View More
Submit a Law Firm Client Review