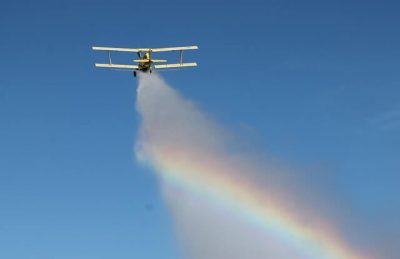 Contact the Law Offices of Edward A. Smith if you or a loved one has been diagnosed with Parkinson’s disease following significant exposure to the dangerous herbicide Paraquat. Long-term exposure to Paraquat has been linked to the development of Parkinson’s disease. California lawsuits have been filed against the manufacturers of Paraquat on behalf of plaintiffs ranging from farmworkers to people who were exposed because they live close to fields where the herbicide was used.

If you have been diagnosed with Parkinson’s disease following exposure to Paraquat, call us from anywhere in the nation at (800) 404-5400. If you are within the Sacramento agricultural region, dial our local number: (916) 921-6400.

Paraquat - What is it, and How is it Used?

Paraquat was first sold in the United States in the 1960s. It is a toxic substance used as an agricultural weedkiller or herbicide.  As a non-selective herbicide, it destroys all leafy green plants. It was used by the U.S. government and the Drug Enforcement Administration (DEA) on Mexican marijuana and poppy (heroin) fields in the 70s. It is also currently used on crops such as almonds and cotton that do not rely on their leaves for survival. It is applied via an aerosol spray disbursed by crop duster planes, helicopters, or tractor-drawn sprayers.

The History of the Herbicide

Imperial Chemical Industries (ICI), an England-based company, originally developed and marketed the weed-killer. Subsequently, ICI and Chevron entered an agreement that made Chevron the only U.S. distributor of Paraquat. That contract ended in 1986, and ICI (now a subsidiary of Switzerland-based Syngenta) started selling Paraquat in America and continues to do so to this day. Some of the brand names under which Paraquat is sold include:

The use of Paraquat is banned in 32 countries. The United States, however, is not one of them. The herbicide has been banned since 2013 throughout the European Union. Although Syngenta, a huge Swiss company, produces Paraquat, the use of the substance in Switzerland has been prohibited since 1989. Syngenta was purchased by ChemChina, and in 2012 the Chinese mega-company announced that it was ending domestic use of Paraquat for safety reasons, but they continue to export the dangerous chemical.

The Michael J. Fox Foundation, an organization dedicated to finding a cure for Parkinson’s disease, believes that the Environmental Protection Agency (EPA) should ban Paraquat and protect Americans from potential exposure to dangerous substances.

Watch the YouTube video. The webinar below discusses environmental factors, including the use of pesticides and herbicides, in the causation of Parkinson's disease.

Paraquat Use in the United States

Paraquat is a Restricted Use Product (RUP), which means that it can be purchased and used only by licensed applicators. It is most commonly used as an alternative to Roundup, the Monsanto herbicide that has experienced its own legal issues with consumer claims that it causes cancer. More and more plants and pests have become resistant to Roundup, which has caused farmers to seek out other herbicides to apply to their crops.  As such, in recent years, the use of Paraquat in the U.S. has skyrocketed.  In the year 2011, more than 3 million kilograms of Paraquat were used. By 2017, that number had more than doubled to 7 million kilograms.

California Leads the Nation in Use of the Herbicide

California leads the nation in using Paraquat, using nearly 2 million kilograms more per year than Texas, the state that ranks second in the use of the herbicide. Within California, the Greater Sacramento region and Central Valley have the highest concentration of Paraquat use. Those who regularly work with the herbicide or live close to areas heavily used have the highest risk of exposure.

Of the counties that have historically used the most Paraquat, the top eight are in California:

Research has revealed that long-term exposure to the toxins within Paraquat increases the risk of Parkinson’s disease. As the use of Paraquat has increased, the prevalence of Parkinson’s has as well. Diagnoses of early-onset Parkinson’s jumped by more than 100% from 2013 to 2017.

Paraquat is incredibly toxic - ingestion of a mere teaspoon of the substance is a fatal dose for a human adult. Exposure to its aerosol droplets can have devastating effects on the human nervous system.

Studies have revealed that exposure to Paraquat puts people at an increased risk of developing Parkinson’s later in life. For teens and young adults who have been exposed, the risk increases by 200 to 600 percent, depending on how long they had exposure. Farmers who had used Paraquat were determined to be 200% more likely to be diagnosed with Parkinson’s disease.

Researchers believe Paraquat affects dopamine levels in humans when absorbed through the skin or through respiration. Dopamine reduction is a hallmark of Parkinson’s disease.

Parkinson’s disease is a degenerative neurological disorder caused by neuron loss and the resulting loss of dopamine, a neurotransmitter. It is believed that both genetics and environmental factors play roles that lead to neuron death.  Although treatments can slow the progression of the disease and treat some of its symptoms, there is no cure for Parkinson’s.

Parkinson’s disease presents in five stages, with symptoms increasing at each stage.

There are four primary motor symptoms of Parkinson’s, of which only one or two may be present in the early stages. As it is a progressive disease, symptoms continue to develop over time. The four primary symptoms are:

What Does the EPA Say?

In 2017, the Unified Parkinson’s Advocacy Council requested that the EPA reject the re-registration of Paraquat because of the harm it causes to human health. In its request, the council included studies that showed a link between low-level Paraquat exposure and an increased risk of developing Parkinson’s.  Additionally, a bill was introduced into Congress in July 2019 to try to end the sale of Paraquat in the United States.

The EPA has acknowledged that Paraquat is highly toxic and dangerous.  The agency announced in 2016 that it would be further exploring the dangers and health risks of the chemical, specifically the epidemiology data about Paraquat use and its relationship to Parkinson’s disease.

When pursuing a personal injury claim against a product manufacturer, negligence on the part of the manufacturer has to be established. The manufacturers and marketers of Paraquat have a duty to protect consumer that use their products. The dangers of the weedkiller are well known, as evidenced by the conclusions of many studies, the EPA's recommendations, and the fact that the herbicide is banned in several other countries.

A Paraquat lawsuit can help you recover money for the medical harm and financial damages you have suffered due to your exposure to the product. Each case is different, but some of the categories of monetary damages that may be available to you include:

Pursuing legal action against the makers of Paraquat will not prevent or reverse the physical hardships caused by a diagnosis of Parkinson’s disease. However, the money can improve your quality of life, considering the lifetime costs associated with a degenerative disease such as Parkinson’s.

Large, profitable chemical corporations that sell dangerous products to the American consumer should be held accountable for the damage that their products cause. Most of the time, the only way to hold them accountable is by pursuing a civil lawsuit against the company.

I’m Ed Smith, a Northern California Paraquat attorney.  For nearly four decades, we have advocated on behalf of those who have been harmed by corporations that place profit over consumer health. It takes experience, skill, and financial resources to take on huge companies like the defendants in a Paraquat Parkinson's lawsuit.  If you or a loved one has had significant exposure to the dangerous herbicide Paraquat and subsequently received a diagnosis of Parkinson’s disease, please contact our office promptly at (916) 921-6400 or (800) 404-5400 to receive compassionate, free, and friendly advice and to safeguard your legal rights. If you prefer, feel free to send your inquiry online.

Image by Wilbue from Pixabay