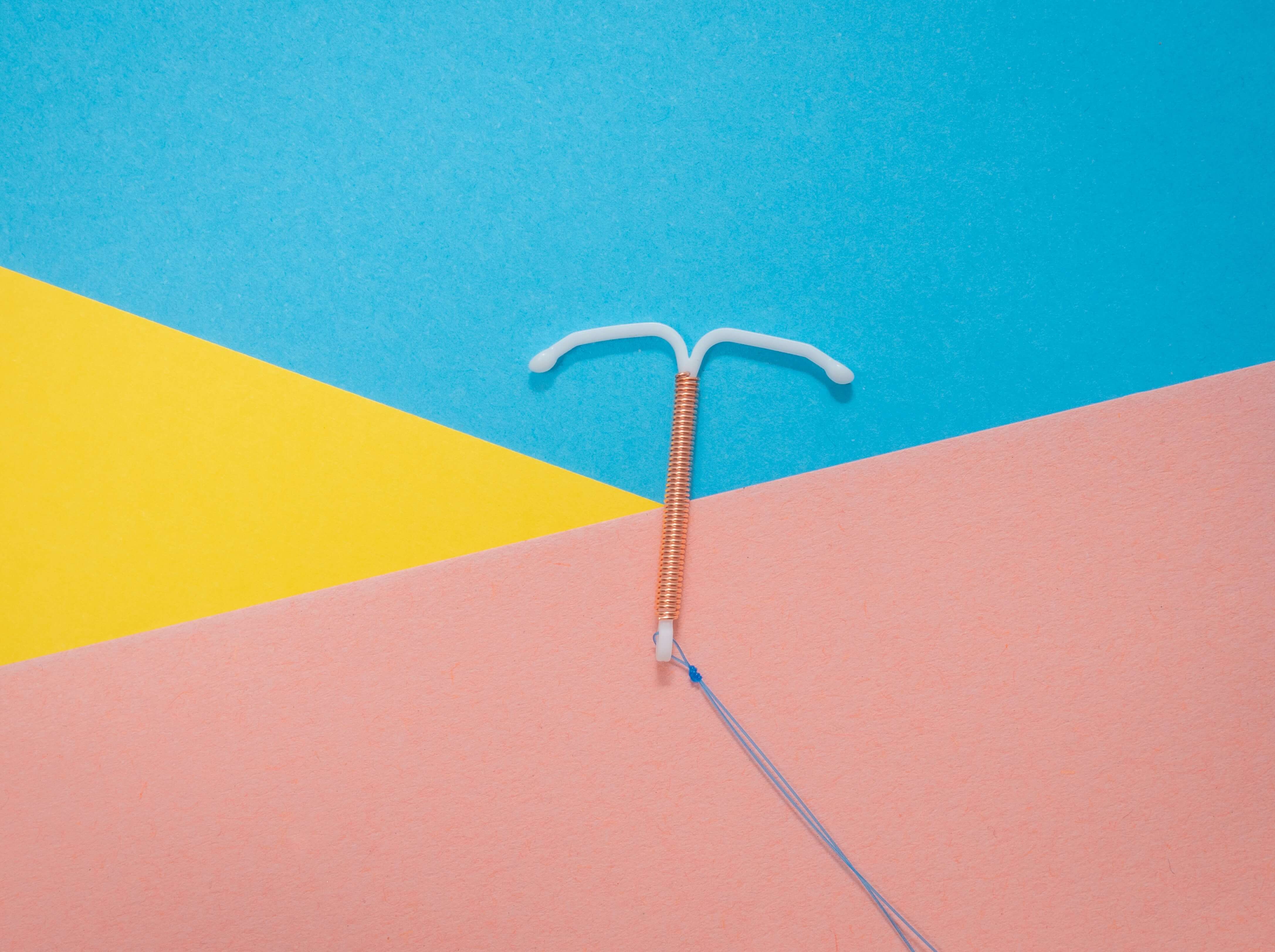 Have You Suffered Injuries Caused by ParaGard IUD?

Pursuing a lawsuit against a drug/medical device manufacturer is a marathon, not a sprint. "Big Pharma" companies will pull out all the stops to protect their profits, including fighting lawsuits tooth and nail.  The litigation journey is often full of complexities and challenges. While all of that is true, If you or a loved one have been injured by a dangerous medical device such as the Paragard IUD, it is important to hold the rich and powerful pharmaceutical corporations accountable for negligence.  Doing so may help protect future patients from harm.  Additionally, you are entitled to monetary recovery for the damages their negligence caused.  Finding expert legal representation by an attorney experienced in dangerous drug litigation is your first step in seeking justice.

If you have sustained any of the following injuries related to Paragard use, give our law firm a call:

Breakage of the copper wire device resulting in:

Paragard IUD is a copper device that provides long-term birth control without the use of hormones.  The copper material triggers an inflammatory response that acts as a spermicide, thus preventing pregnancy.  The device received approval by the United States Food & Drug Administration (FDA) in 1984.  The IUD is implanted in a patient's uterus during a standard doctor's office visit.  The device is marketed as a form of birth control that is reversible.

The Paragard IUD was developed by Teva Pharmaceutical Industries, Ltd.  In 2017 the rights to the device were acquired by Cooper Companies, Inc. for $1.1 billion.

Complications and injuries related to Pargard IUD use have been reported, and the manufacturer has recently issued a warning that the device could become "stuck in the uterus," making it difficult to remove and possibly requiring surgical removal.

Additional reports from patients indicate that during the removal, the Paragard IUD device broke inside the uterus.  There is a copper coil that winds around the T-shape device, and some patients report that the coil was missing after removal.  When the device is removed, if it appears to be broken or the entire device is not intact, the patient could require surgery in order to retrieve the errant pieces.  In some instances when this occurred, the patient ended up needing a full hysterectomy.  Retention of broken parts of the device can lead to uterine wall perforation. Perforation of the uterine wall can lead to infection, scarring, and/or damage to nearby organs. Invasive surgery is often necessary when the uterus is perforated, causing additional injuries.

Has the FDA recalled the Paragard IUD?

Paragard IUD remains on the market even though it is potentially a defective and dangerous medical device.  In 2019, one batch of the device was recalled on the basis of sterility issues, not related to breakage.

Lawsuits Related to Paragard IUD Use

Potential injury claims related to Paragard IUD use are currently being evaluated.  The FDA has reported that recent studies conclude that the Paragard IUD could fracture or break internally, which may lead to uterine perforation or other injuries.  Invasive surgery may be required to remove retained parts of the device or to correct injuries related to uterine perforation.  A fracturing of the device can lead to infections, scarring, and the inability to reproduce. If you or someone you love has been injured due to the use of the Paragard IUD, our firm can help.

Paragard IUD Lawsuits - What Are the Grounds?

Patients filing suit against Teva Pharmaceuticals argue one or more of the following points:

The drug/device maker could be found liable (legally responsible) for a patient's injuries if it is proven that:

The Paragard IUD is shaped like a T.  It is arguably foreseeable that an arm, or both arms, could fracture during device removal.  A better design may have resulted in the device remaining intact.

The device maker could also be found liable if:

It may be that rather than (or in addition to) poor design, it was improper construction of the device by Teva Pharmaceutical Industries that caused the arms of the T-shaped device to weaken and fracture.  Evidence of manufacturing defects can sometimes be found in testimony given by employees who worked in the construction of the device, or within internal company memorandum and communications.  Another avenue to prove defective manufacturing is by a forensic analysis of the device itself.

Manufacturers of medical devices must provide warnings to physicians of non-obvious risks of the device and inform the doctors about how to avoid those hazards.

Physicians may have been able to avoid device breakage by getting a grip on both arms of the device during the removal of the IUD. However, the device's labeling did not include such instructions. It is possible that had better instructions been included by Teva, fewer breakage incidents would have occurred.

To prove that negligence has occurred, patients must show that:

Teva Pharmaceutical Industries arguably breached its duty to provide patients with a device that is well-designed and properly manufactured, since the arms are prone to breakage. Broken parts of the device can cause serious injuries to patients and may require them to undergo invasive procedures.

IUD-related injuries to patients resulted in monetary damages such as:

In December 2020, a transfer order was signed by the United States Judicial Panel on Multidistrict Litigation (MDL), which created a centralized MDL of more than 50 Paragard lawsuits in the Northern District of Georgia. Cases within an MDL are still separate and individual cases, which is different from a class-action lawsuit, where all cases are combined into one.

MDLs help courts speed up proceedings on cases that share similar facts. The MDL judge will allow a handful of "bellwether" cases to move forward to trial.  The results of the bellwether trials will set the range for settlement for the remainder of the cases within the MDL.

What To Do If You Have a Paragard IUD

Always consult with your physician about medical issues and questions regarding your medical device.

Some women suffer breakage of the IUD device, especially during the removal process, but sometimes before the removal.  If the device breaks or parts of the device are retained internally, an invasive procedure such as hysteroscopy may be required to retrieve the broken part(s).  More serious injuries have occurred in which a C-section type surgery was required to remove the broken pieces.  If the injuries are severe enough to require a hysterectomy, the patient will suffer permanent infertility.

In some cases, the broken device pieces could not be found.  This complication could result in the foreign object becoming embedded in the wall of the uterus.  It could also result in perforation of the uterus, and potentially the errant device piece could travel to nearby organs, causing further injury.

Have Any Paragard IUD Lawsuits Settled?

Not yet. More than 50 separate cases were recently transferred to MDL. Settlement negotiations will usually not begin until results from the few bellwether trials are known.

As we stated at the beginning of this article, lawsuits involving dangerous medical devices present a host of complications and complexities. Pharmaceutical corporations have very deep pockets and will hire experienced legal counsel to defend cases that could affect their staggering profits.  Each state has different time limits within which you must act in order to preserve your legal rights.  If you or a loved one sustained injuries caused by the Paragard IUD, it is crucial that you retain an attorney with a depth of experience in medical device manufacturer litigation.

Below is a video discussing IUD options.

I'm Ed Smith, a drug products liability lawyer in Sacramento, California.  If you or a family member was injured because of a defective or dangerous medical device, please reach out to my firm at (916) 921-6400 for free and friendly advice. Outside of the Sacramento area, I can be reached at (800) 404-5400 or via our online contact form.

Reviews of my services can be found at the sites linked below:

My Verdicts and Settlements provides a sampling of some of our case results.

Editor’s Note: This page has been updated for accuracy and relevancy [cha 1.20.21]

DISCLAIMER: This posting is intended to be used for informational purposes only.  Nothing within this post constitutes a Retainer and/or Services Agreement. No attorney-client relationship will exist my firm and you unless and until a Retainer/Services Agreement is signed by all parties. The information posted at this site is not medical or legal advice, nor is it intended to be. Do not remove a medical device or stop taking a medication without first consulting your medical doctor.