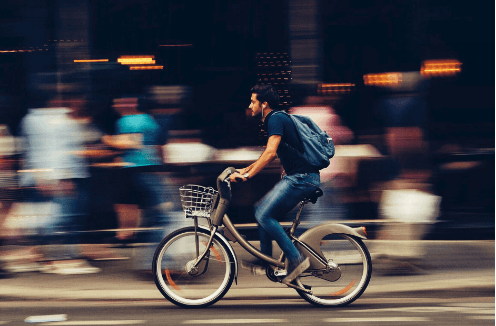 Oroville is a great place to go for a bike ride. The city is surrounded by beautiful scenery. Trails like the Freeman Trail and those in the Oroville State Wildlife Area attract many cyclists, both local and other parts of California. An increasing number of people choose to ride their bikes as a form of transportation all across the U.S. According to the U.S. Census Bureau, the number of people who bike to work has risen by over 60 percent in the last decade alone. However, riding a bicycle comes with serious risks, especially when sharing the roadway with motor vehicles. According to the Centers for Disease Control and Prevention (CDC), more than 1,000 cyclists die, and around 470,000 are injured in U.S. accidents every year. Furthermore, the CDC estimates that over $10 billion in monetary losses are suffered from U.S. bicycle accidents annually.

Because bicycle accidents can mean serious damages, injured cyclists can usually claim compensation for their injuries from negligent parties. Under California law, at-fault motorists must accept responsibility for the damages they have caused and reimburse injured cyclists for their losses.

However, cyclists who are severely injured in an accident have a lot on their hands. Injured cyclists are most often trying to recover and return back to their daily lives after their injury. On top of physical and emotional stress, pursuing a personal injury claim can be difficult without help. If you have been injured in a bicycle accident in Oroville, our injury attorneys are available to give you advice about your legal options and help you move forward with getting the payments you deserve. Call us at (530) 392-9400 for a free consultation.

Almost all of these accidents were the fault of negligent drivers. Driver negligence is a legal term that is used to describe reckless driving behaviors. A driver is considered negligent when violating a traffic law or neglecting to pay attention to the road. Careless driving behaviors include the following:

In other cases, accidents can be caused by a city or state governments’ failure to ensure their roads are safe. Governments in charge of maintaining roadways and bicycle lanes ensure that roads are not hazardous and can often be held liable for negligence when they fail to keep roadways safe. Some common examples of roadway hazards include:

Another common cause of bicycle accidents is defective parts. Cyclists rely on their bikes to work correctly, and issues like faulty brakes, pedals, etc., can easily lead to serious collisions. When a bicycle part causes an accident, the makers, retailers, and sellers can typically be considered negligent and responsible for damages. These cases are referred to as “product liability claims.”

If you suspect that you were involved in a collision because of a poorly made bicycle, my firm can investigate the accident and pursue a claim against the parties responsible for selling you a dangerous product.

Because bicyclists do not have the same protection as passengers in a vehicle, they suffer severe injuries at a high rate. While cyclists can make sure they wear protective, bright clothing and helmets, cars are much larger and move at much higher speeds, meaning that cyclists are liable to suffer a wide range of injuries in the event of a crash. Many of my past clients have sustained from the following types of trauma during a bicycle crash:

Recovering after an accident takes time and, most often, money. Injured cyclists are frequently left with steep medical care bills and need expensive therapy to fully recover. In addition to these costs, recovering from an injury often means taking time off of work. In severe cases, an injured cyclist may not even continue their career due to chronic injury symptoms.

These financial stresses can be a significant burden on individuals and their families. For this reason, injured cyclists can seek payments for a wide variety of losses. Some of the damages that cyclists can recover include:

If you or an individual you care about was injured during a bicycle accident, you could call our experienced Oroville bicycle accident lawyers at (530) 392-9400 or (800) 404-5400 for free friendly advice.

See our past verdicts and settlements and client reviews on Avvo, Yelp, Google.

Editor's Note: This page has been updated for accuracy and relevancy. [cha 8.5.2]

Photo: "bicycle" by snapwire through pexelscco