Opioid Use and Truck Drivers 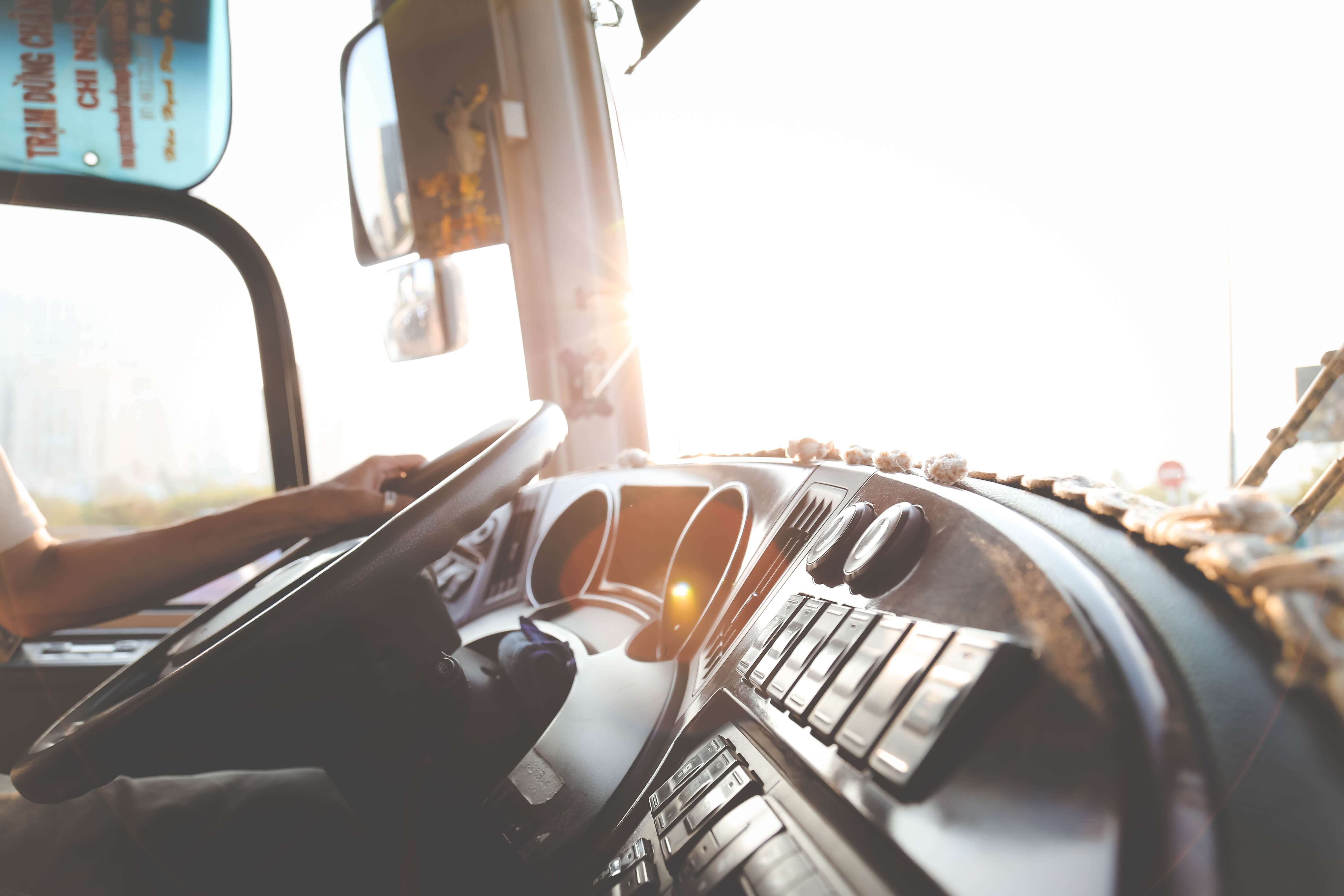 Opioid use and misuse are so widespread that it has been characterized as an epidemic. There have been attempts to curtail this crisis, but criminal laws and industry regulations have failed to remedy the epidemic. This catastrophe is country-wide, affecting all trades, including truck drivers.

Truck accidents often have far-reaching consequences. The American economy is literally driven by-products delivered from coast to coast by eighteen-wheelers. Truck drivers are safe and conscientious most of the time. However, it can be a deadly combination when truck drivers take opiates and do not stay off the road. This is a circumstance in which the criminal laws and safety regulations have failed to fix the problem. Plaintiffs' attorneys have taken up the gauntlet and held truck drivers and companies accountable, forcing them to face the consequences of driving trucks while impaired by opiates.

Federal law prohibits truck drivers from driving while using opioids unless permitted by a doctor. However, this law has been poorly enforced against opioid use because drivers are expected to self-report their drug use. This is the quintessential fox guarding the chicken coop.

Truckers get opiates and become dependent in one of two ways: through recreational use or legitimate treatment by a doctor that turns into an addiction. Truck drivers could have received a legitimate opioid prescription from their doctor.

But, regardless of the reason for their prescription, all opiates are very addictive, even though drug companies and medical professionals have widely refused to recognize this danger. Doctors had ordered opioids when they could have prescribed a safer alternative or even when no extra strength pain medication was necessary. Further, doctors have prescribed excessive doses of unnecessarily powerful opiates or prescribed opiates long after the pain that was the basis for the use is gone.

Opiates are typically prescribed to ease the pain for people who suffered an injury, recover from surgery, or have long-lasting pain. Because of the nature of their job, truck drivers are particularly vulnerable to opioid addiction. Truckers that are dealing with injuries are eager to eliminate the pain during long hauls.

Truck drivers' injuries often happen when loading or unloading the tractor-trailer or performing maintenance. Or they may have gotten injured outside of the job and have chronic pain. Pain can be aggravated by sitting in one position for a long time, which is one of the requirements for driving a truck. Strenuous work schedules and fatigue are inherent in the transportation field. Truck drivers have one of the most challenging and strict schedules in the field. Unfortunately, some drivers use drugs recreationally to cope with job stress and deal with the monotony while on the road for extended periods.

The most common types of opioids are Hydrocodone, Methadone, Oxycodone Morphine, Hydromorphone, Propoxyphene, and Fentanyl. All of the above-listed opiates have the same side effects, despite their varying degree of analgesic strength. Opiate side effects include drowsiness, decreased executive function (which provides for risk analysis), addiction, reduction of reaction times, and inhibition of focus.

fLong term opiate withdrawal can be just as dangerous as, or even more hazardous than, driving under the influence of opiates. The physical manifestations of withdrawal include lethargy, light-headedness, muscle cramps, nausea, or an inability to sleep for extended lengths of time. Each of these symptoms individually can increase the risk of a truck driver causing an accident. Still, when combined, there is no doubt that a driver going through opiate withdrawal should not be behind the wheel of a 70-ton killing machine. Currently, there are no criminal laws or safety regulations that specifically address opiate withdrawal. Further opiate testing can't test for the symptoms of opiate withdrawal.

Truck drivers work long hours seated in one position and need to be constantly vigilant since they share the roadway with families in cars, motorcyclists, and other trucks. Opiates can and do inhibit their ability to be vigilant. Despite the danger, companies have failed to ensure that the public safely shares the roadway with their truck drivers.

To make matters worse, many truck companies don't have a comprehensive opiate policy or a prescription drug policy, even though prescription drugs can be more dangerous than alcohol when mixed with operating heavy equipment and driving. They don't ask employees about prescription drug use, and the employees don't tell. It often is up to the injured person's lawyer to discover whether prescription opioids played a role in the crash.

A post-accident toxicology report showing evidence of opiate use does not always establish that opiates were a substantial factor in causing the accident. An injured person's lawyer must tie the accident to opiates by showing that the driver used the opiate before the accident. A lawyer must find out whether the driver had an opiate prescription. The truck driver almost always denies using opiates.

Determining if the Truck Driver was on Opiates

An experienced lawyer who handles trucking accidents is essential to determining whether opiates played a role in the accident. For every trucking accident, the lawyer must request the driver's qualification file and personnel records. In discovery, using requests for production of documents is the quickest way to get the files despite the drivers and trucking companies' objections. They do not want lawyers to obtain the driver file because it can show that companies have not done their due diligence in ensuring that they hired and continued to employ safe drivers.

Inspection of the Personnel File

The personnel file should contain a medical professional's certificate, including the name and location of who performed the DOT physical. These documents could contain health conditions that may lead to a prescription for narcotic pain medications. The personnel file should have drug and alcohol test reports if they are available. Multiple days off are commonly associated with treatment for conditions involving chronic pain and could indicate that opiates have been prescribed or used by the driver.

Another discovery tactic available to injured parties' lawyers is to send interrogatories to the trucking company about the trucker's injuries, surgeries, or ongoing health conditions. Interrogatories should be sent about any over-the-counter or doctor-ordered medications that the driver had before the time of the accident.  The identities of the prescribing medical providers and the drugstores that medications were retrieved from are vital because they can let the lawyer know that the trucker has provided the truth about their drug use.

A common trucking company tactic used to prevent their obligation for providing this information is to object based on irrelevance. In a lot of cases, the company and trucker may object to any request, no matter how it is worded. The fact that they put forth a baseless objection can be indicative that they are very concerned about answering the question correctly. An experienced trucking lawyer will be prepared to file motions to compel to blast through the baseless objections if they insist upon being unreasonable.

Trucking companies have turned a blind eye to the opiate epidemic and have chosen to exclude the most commonly abused drugs in the country from their drug testing policy. Motorists sharing the roads with these truck drivers have shouldered the burden of this industry failure through the devastating injuries and losing their loved ones. Criminal laws and safety regulations have failed to hold opiate-using truck drivers and the enabling trucking companies liable for the dangers that they create on the roads. Truck drivers' opioid abuse and its effects on highway safety do not have to be tolerated.

Experienced plaintiff lawyers are holding the truckers and the trucking companies accountable for their failure to ensure the public's safety. Their injured clients may never get their health or loved ones back, but they can rest assured that they will have their day in court with an experienced trucking lawyer at their side who knows what devastation the trucking company's blind eye to opiate abuse has caused.

The video from Q13 News below discusses how thousands of truck drivers across the US are using drugs and passing the drug tests.

Injuries from a truck accident can be severe or even deadly. If you or a family member has been seriously injured in an accident involving a large truck and needs guidance from an experienced injury attorney, call our experienced Sacramento truck accident attorneys at (916) 921-6400 or (800) 404-5400. We offer free, friendly legal advice.

Editor's Note: This page has been updated for accuracy and relevancy [cha 10.12.21]

Photo by Lê Minh from Pexels