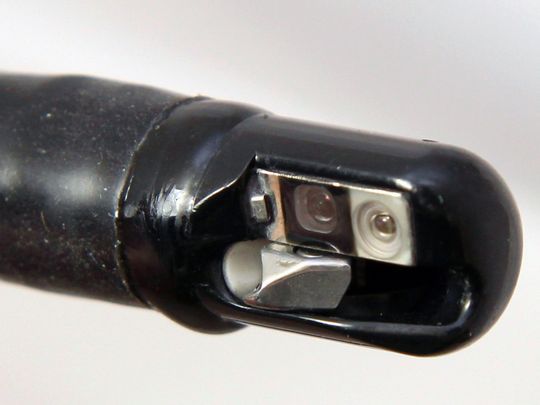 A leading problem on the rise in hospitals worldwide is wrongful death from hospital-acquired infections linked to Olympus America Inc. duodenoscopes.

A common scope used in endoscopy procedures has been linked to the outbreak of “Superbugs” that have resulted in the tragic death of patients worldwide. These scopes, called more specifically duodenoscopes, are used for endoscopic retrograde cholangiopancreatography procedures (ERCP). During an ERCP procedure while the patient is under sedation the doctor takes a black, flexible tube down the patient's mouth, esophagus, and small intestines into the bile and pancreatic ducts for diagnosis or removal of stones or tissue. The duodenoscopes help with the most minimally invasive access to these areas usually for life-saving needs such as diagnosing cancer or removal of gall stones after the gallbladder has been removed. This duodenoscope is different than other scopes used for routine colonoscopies because it is a side-viewing scope. It is this particular mechanism called the elevator, a metal device below the camera, that allows the scope to view from the side and makes it possible to find its way into hard reaching angled areas like the bile duct. This mechanism on the Olympus scope is in question since it seems to harbor bacteria such as "superbugs" even after being properly cleaned.

We hear the term "superbugs" in medicine today often but what are they and why are they so deadly? These infections are rare but very problematic since the bacteria is not curable with almost all current antibiotics. These scopes are questionable in design and/or cleaning techniques with the outbreaks of "superbugs" such as Carbapenem-resistant Enterobacteriaceae (CRE). The most commonly known antibiotic-resistant bacteria is Methicillin-resistant Staphylococcus aureus (MRSA), a contagious staph infection, but in these particular infections, we are seeing CRE leading to a wrongful death after ERCP procedures.

Olympus, Fujifilm, and Pentax all manufacture duodenoscopes, but Olympus has been under scrutiny since 2012 for their duodenoscopes being linked to the spread of infection and that leads to the death of ERCP patients. Over 500,000 ERCP procedures are performed a year with these duodenoscopes. Studies show this initial outbreak affected nine U.S. states with over 141 people infected in 3 short years before Olympus recalled this duodenoscope with model number TJF-Q180V in January 2016. The initial cases where the infection was found included a hospital in Pasadena where 16 people were infected and 11 died in 2015.  In the same year, 7 patients were reported infected and 3 patients died at UCLA Ronald Reagan Medical Center. Around this same time other hospitals in Southern California, Chicago, Connecticut, and Seattle declared similar findings with hundreds infected.

So why is this infection happening? Is it a problem with the manufacturing and design of the scope or is the scope not being properly cleaned or reprocessed? This question has been the root of the leading investigation for years and continues today. It may even be a combination of the two but either way viruses, very deadly viruses are being spread by this particular scope and wrongful death cases are more prevalent. Over the years the FDA and Olympus have emphasized proper cleaning but ultimately the root of the problem may have just been a design flaw.

This problem resulted in a proper recall by Olympus of this particular model number of their duodenoscopes in January of 2016 to replace the elevator mechanism on the scope that they admitted was not easily cleaned. In this mechanism, the debris of tissues and bacteria was easily transmittable from patient to patient even if it was properly cleaned and sterilized. Olympus did also announce with the redesigned scope a call for yet again another new and stricter cleaning technique for this scope.

Doubt of Olympus' new design as an improvement from before has surfaced since foreign countries have recently reported infection occurrences. In July 2017, a woman in Seattle has won the first wrongful death case against Olympus scopes for the death of her husband. This case is winning the hearts of people all over the world who have been affected by the scope. Olympus is fighting many lawsuits now from patients and their families. We can only hope that this new design will be the fix we have been waiting for even if it is still too soon to tell.

Olympus has tried to take action and we hope that hospitals will follow proper infection control but if outbreaks of infection continue to occur leading to more wrongful deaths we may need to reassess even these new duodenoscope design as a defective medical tool.

Olympus has claimed that people are not following a new cleaning procedure as directed with the recall and redesigning of the duodenoscope. Olympus may have knowingly failed to obtain and apply for FDA certification thereby putting patients at very serious risk before the recall in 2016 but has received FDA approval of the new design. The FDA and U.S. Justice Department are in an ongoing investigation of the scope as well to date.

What you should know if you need an ERCP

If you should be in need of an ERCP procedure in the future these are some things to know and be well informed of beforehand:

If you or a member of your family has suffered a severe infection after an ERCP duodonoscope procedure, consult an experienced defective medical device attorney to know your right to remedies.

In the YouTube video below, UCLA hospital staff discusses two patient deaths that were linked to the superbug bacterial infections.

I’m Ed Smith, a Sacramento defective medical devices Lawyer. A leading problem on the rise in hospitals worldwide is wrongful death from hospital-acquired infections including those using Olympus duodenoscopes.

Death and hospital-acquired infections from faulty or defective medical devices in a common problem. If you believe you have been infected or know anyone who has suffered from such a defective product you can contact my office as soon as possible at 916.921.6400  or 800.404.5400 for free and friendly advice.

Editor’s Note: This page has been updated for accuracy and relevancy [cha 11.22.19]