Why is this important?
Home
Personal Injury
Food Poisoning
Norovirus 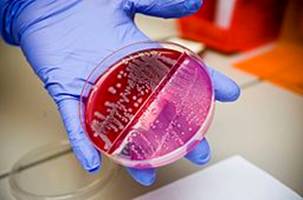 I’m Ed Smith, a Sacramento Norovirus Attorney. Norovirus, also known as the stomach flu, is a very contagious virus that can affect anyone.  You can contract norovirus from contaminated water or food, from an infected person, or by touching contaminated surfaces.  Usually, norovirus causes gastrointestinal inflammation which can lead to nausea, stomach ache, diarrhea, and vomiting.

In addition to these symptoms, others who contract norovirus may also experience headaches, body aches, and fever.  Typically, you will develop symptoms within twelve to forty-eight hours after being exposed to norovirus, and most people will feel better in one to three days, even without medical treatment.  However, complications can occur, especially if you become extremely dehydrated from vomiting or having diarrhea multiple times a day.  Dehydration develops most often in older adults, young children, and people who have other illnesses.  If dehydration is not treated properly, other complications are possible, and severe dehydration will likely require hospitalization.

The way in which you become infected by norovirus is not glamorous.  In most cases, norovirus infections occur because you accidentally got an infected person’s vomit or stool in your mouth.  These accidents usually occur if you’ve eaten food or consumed a liquid that was contaminated with norovirus, you touched an object or surface that was contaminated with norovirus, and you thereafter placed your fingers in your mouth, or you had contact with an infected person.

Norovirus And Food Handling And Preparation

Because norovirus is very contagious, even a tiny amount of the virus can make someone ill, and thus, it is no wonder that people can easily contract norovirus from consuming contaminated food or drink.  In fact, norovirus is the leading cause of foodborne illness outbreaks in the United States, accounting for approximately fifty percent of all outbreaks of food-related illness.  Statistics reveal that on average, norovirus causes up to 21 million cases of acute gastroenteritis a year, up to 71,000 hospitalizations, and up to 800 deaths, which are mostly among the elderly and the very young.  While norovirus outbreaks can occur any place that food is handled and prepared by others, even in your own home, most outbreaks occur in food service settings like cafés or restaurants.  Typically, food can be contaminated with norovirus when:

While in these instances, norovirus is spread during food preparation, it is important to note that contamination can occur anywhere along the food processing or distribution chain.  For example, fruit or vegetables can be contaminated in the fields during harvest.

Norovirus can be contracted almost anywhere, but common settings in which someone may become ill with norovirus include health care facilities like hospitals and nursing homes, restaurants and other food service settings, cruise ships, and schools or other institutional settings.  In most cases, infected food workers, or contaminated food are the sources of norovirus outbreaks.  If you become extremely ill with norovirus that you believe was contracted in one of these settings and caused by an infected food worker or contaminated food, be sure to seek medical treatment right away.  Oftentimes norovirus can cause dehydration, which if not treated properly, can cause other complications and even death.  While usually, a norovirus infection will clear up in a few days, those who become extremely ill and are hospitalized or develop complications may face expensive and lengthy medical treatment.  Successful litigation against those responsible for your illness can help compensate you for these costs and any ongoing treatment you may have to endure.

I’m Ed Smith, a Sacramento Norovirus Lawyer. If you or a member of your family has been seriously ill or passed away due to food poisoning, call me right away at 916.921.6400 for free, friendly advice.

You may check out my customer reviews here: Yelp, Avvo, and Google.

Meet the members of my dedicated legal team.

I belong to the Million Dollar Forum. Trial attorneys in this association have won numerous case verdicts and settlements totaling more than 1 Million Dollars.

Look at my long history of successful Past Verdicts and settlements.

My law office has been practicing personal injury law exclusively since 1982.