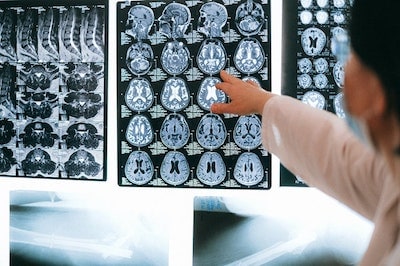 Your brain is the epicenter of your body. It controls your thoughts, movements, breathing, and emotions. That is why when the brain is injured, every aspect of living can be affected, from work to family life. Even minor brain injuries can result in problems for years to come.

Going back to work is difficult or impossible, and contributions to the family's financial stability can end for many brain-injured people. The cost of medical care can be astronomical. That is why obtaining compensation for brain injuries caused by a negligent party is so important. Some damages the injured person can recoup are medical expenses, lost wages, pain, and suffering.

Let's delve into the different types and causes of brain injuries, their symptoms and incidence, and how they are treated. We'll look at why they happen, who is liable in a brain injury accident, and the compensation you can recover.

AutoAccident.com - Attorneys You Can Count On

At AutoAccident.com, we fight for your rights and provide compassionate service. Since 1982, we've represented many individuals who are struggling after a brain injury. Using our experience with brain injuries, we have won significant settlements and verdicts on their behalf. If this type of injury befalls you or a loved one, please call us at (209) 277-1931 or contact us online.

There are many reasons brain injuries happen. Some of the most common are due to:

There are several types of brain injuries. They include:

Symptoms of a Brain Injury

The symptoms are dependent on the degree of injury and the location within the brain. Some of the most commonly reported symptoms are:

Watch the short animated video below to learn more about the symptoms of a traumatic brain injury.

The presence of a brain injury is determined by performing a Glasgow coma score, which is a neurological evaluation done by a doctor. X-rays are used to determine if the skull was fractured, and an MRI is used to identify specific injuries to the brain and blood accumulation.

The treatment of a traumatic brain injury depends on the type and severity. For instance, a concussion can be treated with analgesics and rest. Alternatively, a subarachnoid hemorrhage usually involves drainage of the blood pushing against the brain.

Responsibility for a Traumatic Brain Injury

Liability depends on the type of accident. For example, a negligent driver who causes an accident resulting in a brain injury is liable for its damage to the plaintiff. Likewise, if someone fails to make the premises safe or provide warnings about hazardous conditions, they would be responsible for a slip and fall accident. An assault that causes a head injury would rest with the aggressor. Finally, if a manufacturer fails to provide a safe product or a city fails to repair infrastructure that ends up causing an accident, liability would rest with the company owner.

Our legal team has helped residents of Newman and the surrounding area obtain the compensation they deserve in brain injuries, car accidents, or other traumatic events.

We are proud to belong to the Million Dollar Advocates and the Top 1 Percent.

Learn more about our firm on:

Editor's Note: This page has been updated for accuracy and relevancy [cha 9.27.21]