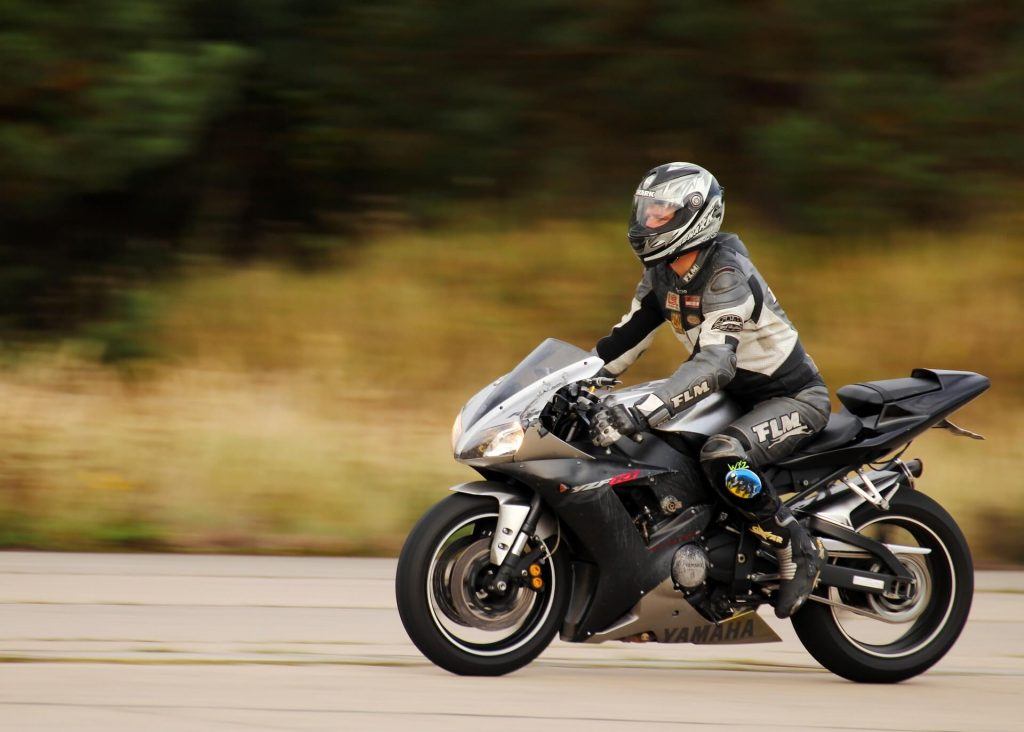 Nevada City is located in one of the most stunning parts of the state, and riding a motorcycle is a great way to get out and take in the views. Furthermore, driving a motorcycle regularly is a great way to use less gas and combat traffic congestion in your area. While the large majority of motorcyclists are very careful when driving their vehicles, even the safest drivers are still at risk of being involved in an accident. Unfortunately, being in a motorcycle accident is likely to leave you with major injuries that can have a dramatic effect on your life.

Our job as Nevada City motorcycle accident attorneys is to help people who’ve been injured in accidents obtain the compensation they need to recover both financially and personally.

Nevada City is a relatively small town and is home to just over 3,000 people. Because of this, accidents are sparse within city limits. According to data reported by UC Berkeley research groups, Nevada City saw a total of 115 traumatic vehicle accidents between 2008 and 2019. Out of these crashes, only eight involved a motorcycle.

However, locals don’t just ride their motorcycles within city limits. During the same time period, there were 4,624 injury-causing crashes in Nevada County, out of which 449 were motorcycle collisions. This means that motorcycle accidents accounted for just below ten percent of collisions across the county.

Motorcycle Accidents are Likely to Cause Serious Injuries

As Nevada City personal injury lawyers, we’ve worked with many people who’ve suffered injuries during motorcycle collisions and have seen first-hand just how seriously their lives are affected. Because motorcyclists lack safety features like seatbelts and airbags, they typically suffer more severe injuries than people in passenger vehicles. According to the reports, motorcycle accidents in Nevada County involved fatal injuries around twice as often and severe trauma nearly three times as often as crashes overall.

While motorcyclists are liable to suffer a wide range of injuries during accidents, some injury types are more common than others. According to a report from the National Center for Biotechnology Information, the following injury types frequently affected motorcyclists:

To learn about avoiding these injuries, check out this short and informative video:

The Cost of a Serious Injury

Being injured in a crash isn’t just mentally stressful and physically painful, it can also be extremely expensive. Crashes often leave people in hard financial situations. Not only do serious injuries frequently run up a number of steep medical bills for things like surgeries and medicine, but being injured can also affect your ability to work, leaving you with dramatically reduced income and/or earning potential.

How Can I Afford to Recover?

We believe that people injured in accidents deserve to recover their health and wellbeing. One of the most important things you can do in order to make sure you are able to afford your physical and personal recovery is reaching out to a Nevada City motorcycle accident lawyer who can help you file an injury claim.

Through filing an injury claim, collision survivors can seek to hold negligent parties responsible for damages suffered as a result of the accident. By holding parties like reckless drivers or auto product manufacturers financially responsible, many people are able to obtain payments for the full amount of losses they have suffered. However, every case is different, and it is always best to have advice from a trusted professional before taking action.

We have helped people in Nevada City and nearby locations with serious accident cases for nearly four decades. To learn more about the work we’ve done, I encourage you to visit my settlements and verdicts page where you can see how our clients have obtained compensation for their damages.