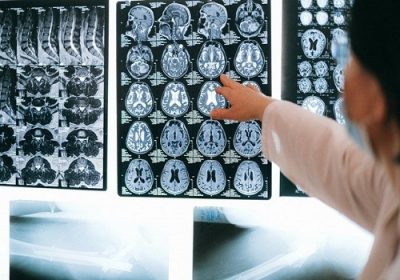 According to the Centers for Disease Control and Prevention (CDC), TBIs are responsible for 30 percent of accident-related deaths. For example, TBIs are the leading cause of fatalities in the five to 24-year-old age bracket attributed to auto accidents and cause hospitalizations for those 15 to 44-year-olds.

However, traumatic brain injury is not limited to automobile accidents. They result from slips and falls, assaults, and other traumatic events. Approximately 1.5 million people suffer a TBI every year nationwide, and 230,000 are hospitalized, with 50,000 resulting in deaths. No other injury has the same impact as a TBI on the injured person and their families.

How an Injury Lawyer Can Help

Whether you were injured in a car crash, fell due to a slippery floor in the post office or a supermarket, or were assaulted in a parking garage, the result is the same if your head was injured. Your ability to hold down a job, function at work, or play ball with your children may be altered. An injury lawyer can help if you suffered a TBI due to another person or entity's intentional, reckless, or negligent actions.

At AutoAccident.com, our legal and investigative teams have successfully resolved many cases involving a traumatic brain injury linked to negligence. Our approach considers the injury's effect on our clients and how it robbed them of their lives as they knew them. We work hard to ensure that the injured person does not suffer financially and physically. Call us at (530) 392-9400 to schedule a free case review. We'll answer your questions and give you an idea of your options moving forward.

A traumatic brain injury usually results from a blow to the head. The TBI interferes with normal brain function, resulting in various abnormalities. The severity of the TBI ranges from mild to severe.

First, a TBI differs depending on the head injury that causes it. The head injury can be open or closed; a closed head injury is one in which the skull stays intact. An open head injury occurs when the skull is broken and an object enters the brain tissue.

Open head injuries are usually caused by assault with a weapon. Closed head injuries can result from auto accidents, falls, and sports. It should be noted that the TBI in a closed head injury is also caused by the brain's movement within the skull, which contains rough surfaces after the blow to the head. Skull fractures can also lead to a TBI.

Let's delve into the major types of brain injury now:

Treatment of a Traumatic Brain Injury

The treatment of a Nevada City traumatic brain injury varies according to type. For instance, it is best to use Tylenol rather than aspirin in a minor TBI, promoting bleeding. Although it is generally acceptable to allow the injured person to go to sleep, it is a good idea to wake them hourly for the first night. Discussing at-home therapy with your doctor is a good idea.

Certain medications may be used if the injury is severe and pressure is building in the brain. These include diuretics to reduce fluid and hence pressure and anti-seizure medications. If necessary, doctors will induce a coma to protect the brain. Surgical intervention is also used.

The video below discusses using new technology and treatments to treat patients with traumatic brain injuries.

Helping Those With a Traumatic Brain Injury

Due to the invasive nature of a traumatic brain injury, hospitalization can be lengthy with post-treatment rehabilitation. For some, the treatment cannot restore the loss of brain function, and the person requires life-long assistance. In other cases, the injury results in a fatal outcome.

If negligence caused your traumatic brain injury, an experienced law firm could help. A TBI often requires costly treatment, and an accident attorney can file a claim against the negligent party to recover financial damages. These include medical expenses, pain, suffering, and lost wages. If the injury results in death, the family has the right to file a wrongful death lawsuit against the at-fault party.

Call our experienced Nevada City brain injury attorneys for free and friendly advice if you or a family member suffered head trauma due to a negligent party or entity. We can be reached at (530) 392-9400 or (800) 404-5400 or online.

Our experienced team of investigators and lawyers has helped many Nevada City residents obtain the compensation they deserve after a traumatic brain injury, car accident, motorcycle crash, or wrongful death.

Take a moment to learn more about our Sacramento law firm on Avvo, Yelp, Google, and Settlements/Verdicts.

We are proud to be a member of the Million Dollar Advocates and the Top 1 Percent.

Photo by Anna Shvets from Pexels
:cd llo [cs 1129] cha
Contact Us
Search
Personal Injury
Client Reviews
★★★★★
"Me and my wife; had a car accident. We were amazed how easy, professional, friendly attorney Ed Smith is along with his staff. Everybody is amazing. Thank you so much, we are very impressed!" Alex & Dinah M.
★★★★★
"Ed Smith and his office team took on a difficult personal injury case on my behalf and for the passenger in my car. Ed is a top- notch attorney. His staff couldn't have been more helpful and kind. No need to look elsewhere. I give Ed Smith my highest recommendation." Beverly
★★★★★
"Ed and Robert have been taking great care of my husband and I for the past 5+ years. They are always there when you have a problem and a quick resolution! Even when the issues have nothing to do with them. They are willing to help ease the pain off your shoulders. They are as good as it gets! Thank you again for everything." Annie T.
★★★★★
"Very professional. Great team, staff and service all around. Mr Smith was very honest, straight forward with his advice. He gives the word "attorney" an honest reputation. I will seek his council anytime, and would recommend him at the drop of a dime." Jeremy M.
★★★★★
"I would highly recommend Ed Smith to any friends or family in need of a personal injury attorney. Ed, and his staff, are very caring on top of being very experienced in this field. The staff always keeps you informed of the status of your case and they are always easy to reach by phone." Shannon D.
★★★★★
"Edward Smith law offices provide competent, thorough, and personable help for victims of personal injury. When you first meet the staff you know you contacted the right office. This law office treats clients like people. I recommend this office to anyone seeking representation regarding personal injury." David M.
View More
Submit a Law Firm Client Review