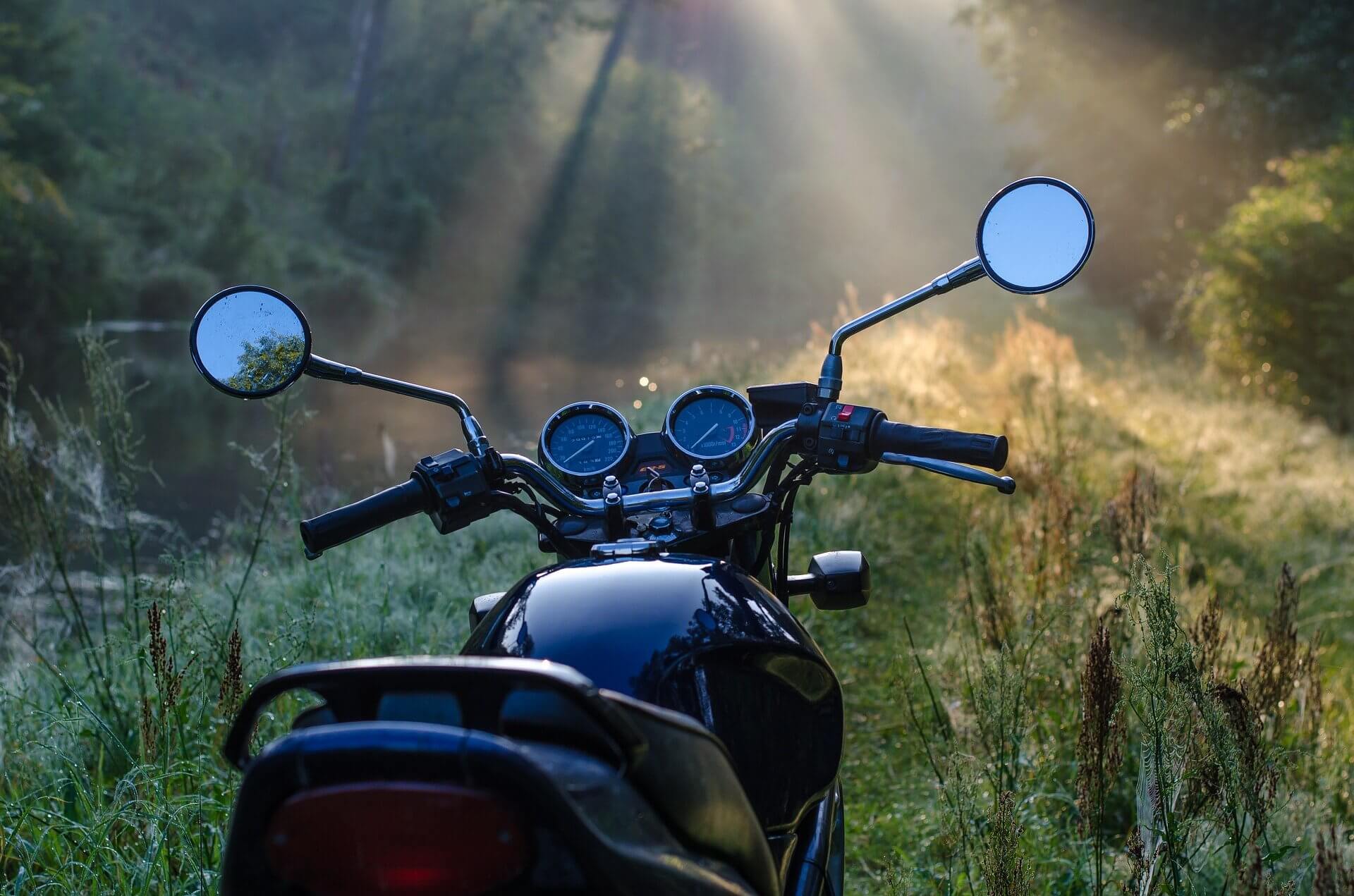 Generally, court decisions have determined that a pedestrian struck while crossing at other than a crosswalk may be barred from recovery by their own negligence if they fail to keep a lookout and yield the right-of-way to vehicular traffic.
Alternatively, in one court case, an automobile driver struck and killed a pedestrian who helped a friend push his disabled motorcycle along the extreme right paved edge of the highway.  The defendant in that case who struck the pedestrian was briefly blinded by oncoming headlights.
The pedestrian was wearing ''off -white" trousers and a bright orange jacket. In that case, the court determined that whether or not the vehicle failed to exercise due care are questions for the jury.
In another case, the court affirmed a jury verdict in favor of the motorcyclist who had accidentally struck a pedestrian on the side of the road. In dark clothes at night, the pedestrian and a companion were struck from behind while walking in the street beside parked cars.  The pedestrian heard the motorcycle but made no effort to get out of the way, believing he would be seen.  The collision caused significant injuries to both the pedestrian and the motorcyclist.
The point being, if injured in a collision involving a motorcycle, it is important to be counseled by an experienced and knowledgeable motorcycle accident attorney because the use of certain facts can make or break a case.
Editor’s Note: This page has been updated for accuracy and relevancy [cha 12.3.20]
Image by mbll from Pixabay
Contact Us
Search
Practice Areas
Client Reviews
★★★★★
"Me and my wife; had a car accident. We were amazed how easy, professional, friendly attorney Ed Smith is along with his staff. Everybody is amazing. Thank you so much, we are very impressed!" Alex & Dinah M.
★★★★★
"Ed Smith and his office team took on a difficult personal injury case on my behalf and for the passenger in my car. Ed is a top- notch attorney. His staff couldn't have been more helpful and kind. No need to look elsewhere. I give Ed Smith my highest recommendation." Beverly
★★★★★
"Ed and Robert have been taking great care of my husband and I for the past 5+ years. They are always there when you have a problem and a quick resolution! Even when the issues have nothing to do with them. They are willing to help ease the pain off your shoulders. They are as good as it gets! Thank you again for everything." Annie T.
★★★★★
"Very professional. Great team, staff and service all around. Mr Smith was very honest, straight forward with his advice. He gives the word "attorney" an honest reputation. I will seek his council anytime, and would recommend him at the drop of a dime." Jeremy M.
★★★★★
"I would highly recommend Ed Smith to any friends or family in need of a personal injury attorney. Ed, and his staff, are very caring on top of being very experienced in this field. The staff always keeps you informed of the status of your case and they are always easy to reach by phone." Shannon D.
★★★★★
"Edward Smith law offices provide competent, thorough, and personable help for victims of personal injury. When you first meet the staff you know you contacted the right office. This law office treats clients like people. I recommend this office to anyone seeking representation regarding personal injury." David M.
View More
Submit a Law Firm Client Review