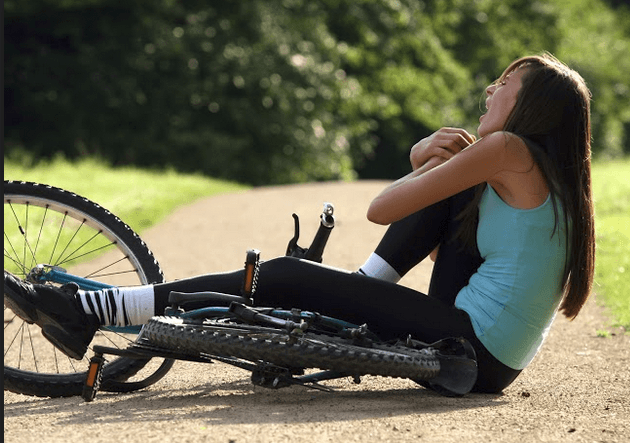 When a bicyclist is hit by a vehicle, the harm to the bicycle rider can be life-threatening. This is because most cyclists have only a helmet as a form of protection whereas motorists have the luxury of airbags, seat belts, and other safety mechanisms.

An example of just how serious collisions can be between a bicyclist and a vehicle was the fatal accident that occurred on Merle Avenue near Daniel J. Savage Middle School in Modesto. A repeat drunk driving offender struck and killed a 38-year-old sergeant for the Modesto Police Department while the off-duty officer was riding his bicycle. The impact of the collision threw the cyclist from the roadway where he was pronounced dead by emergency responders at the scene of the accident.

As you can see from the cycling crash described above, bicyclists are at a high risk of suffering serious injuries or even losing their lives while traveling on Modesto roads and highways. California leads the country in bicyclist deaths. Incidents of deadly bicycle collisions were studied by the National Highway Traffic Safety Administration (NHTSA) and the data from 2016-2018 revealed that there were 455 cyclist fatalities during that two-year period. Furthermore, bicyclist fatalities account for twice as many deaths in California as the national average.

California tries to be a bicycle-friendly state, but there are many roads that lack bike lanes or shoulders. This means bicyclists and motorists must share the road and that is when serious collisions can occur. It’s also accurate to point out that many motorists ignore protected spaces like dedicated bike lanes and cause serious collisions. Common causes of accidents between vehicles and bicyclists include:

It is important to understand that, under the California Vehicle Code, bicyclists essentially have the same rights as drivers of cars, trucks, and SUVs. That means bicycle riders deserve the same respect when they are on a Modesto road or highway. Unfortunately, many drivers do not realize this fact and attempt to pass cyclists in a reckless and aggressive fashion. If this happens, you have a legal basis to hold the negligent driver accountable and seek monetary compensation for your injuries.

The damages you can reasonably expect to recover through a personal injury claim include reimbursement of the medical costs accrued from the accident, future medical treatment, lost income due to time away from work, future wages if you cannot return to work, and compensation for the mental anguish, inconvenience, and emotional distress associated with getting badly injured in an accident.

Establishing Liability is Key in a Personal Injury Case
To recover the monetary damages described above, an injured bicyclist must establish that the driver was negligent. If negligence is established, the driver is liable for your harms and losses. Under California law, negligence is defined as failing to act as a reasonably prudent individual would act under similar circumstances.
So, for example, if a driver was intoxicated veered onto the shoulder of the road striking you or a family member, that type of conduct is not how a reasonably prudent individual would act under similar circumstances. Drivers are obligated to respect the rules of the road and all California traffic regulations. Driving while under the influence of drugs or alcohol, texting, and driving. Speeding, etc. are all violations that could serve as a basis for holding the driver liable for your harms and losses.
Comparative Negligence in Bicycle Accident Cases

Even if you contributed to causing the collision, you still have the right to seek financial restitution for your injuries. California is a pure comparative negligence state. This means judges and juries analyze the relative fault of both parties and make a calculated assessment of who was at-fault. If you contributed to the collision, any award of monetary damages would be reduced by the percentage of fault a judge or jury deemed was appropriate, given the specific facts of your case.

What is the Time Limit on Bicycle Accident Claims in California?

If you or a loved one was riding a bicycle and got hit by a vehicle, you have two years from the date of the accident to file a lawsuit for monetary damages resulting from the collision. Waiting to file any longer than two years is a major mistake and may cost you the ability to even recover monetary damages. Many judges opt to dismiss lawsuits if they are filed in an untimely manner.

What is the Statute of Limitations for a Child Injured in a Cycling Crash?

There are some exceptions to the two-year statutory deadline. For example, if the victim of the collision was a minor, the statute of limitations is “tolled” under the minor reaches the age of majority and becomes a legal adult. When they reach the age of legal adulthood, the statutory clock starts, so they would have two years from that point to file a lawsuit.

What is the Filing Deadline for a Claim Against a Government Entity?

There is another exception that actually shortens the statutory deadline considerably. This is when you or a family member is hit by a vehicle that was owned by a government entity such as the city or state. If you are hit by a government vehicle while riding your bike, you are required to file a notice of claim within six months of the date of the cycling crash.

As you can see, the message is clear – take action right away by contacting an experienced attorney to handle your bike accident case today.

Since 1982, our Modesto bicycle accident lawyers have recovered fair compensation on behalf of our clients in personal injury or wrongful death claims throughout Stanislaus County. To learn how we can help you, call today for free, friendly case advice at (209) 227-1931 or (800) 404-5400.

Editor’s Note: This page has been updated for accuracy and relevancy [cha 2.23.21]
:sid rey [cs 1076] L@T
Contact Us
Search
Practice Areas
Client Reviews
★★★★★
"Me and my wife; had a car accident. We were amazed how easy, professional, friendly attorney Ed Smith is along with his staff. Everybody is amazing. Thank you so much, we are very impressed!" Alex & Dinah M.
★★★★★
"Ed Smith and his office team took on a difficult personal injury case on my behalf and for the passenger in my car. Ed is a top- notch attorney. His staff couldn't have been more helpful and kind. No need to look elsewhere. I give Ed Smith my highest recommendation." Beverly
★★★★★
"Ed and Robert have been taking great care of my husband and I for the past 5+ years. They are always there when you have a problem and a quick resolution! Even when the issues have nothing to do with them. They are willing to help ease the pain off your shoulders. They are as good as it gets! Thank you again for everything." Annie T.
★★★★★
"Very professional. Great team, staff and service all around. Mr Smith was very honest, straight forward with his advice. He gives the word "attorney" an honest reputation. I will seek his council anytime, and would recommend him at the drop of a dime." Jeremy M.
★★★★★
"I would highly recommend Ed Smith to any friends or family in need of a personal injury attorney. Ed, and his staff, are very caring on top of being very experienced in this field. The staff always keeps you informed of the status of your case and they are always easy to reach by phone." Shannon D.
★★★★★
"Edward Smith law offices provide competent, thorough, and personable help for victims of personal injury. When you first meet the staff you know you contacted the right office. This law office treats clients like people. I recommend this office to anyone seeking representation regarding personal injury." David M.
View More
Submit a Law Firm Client Review