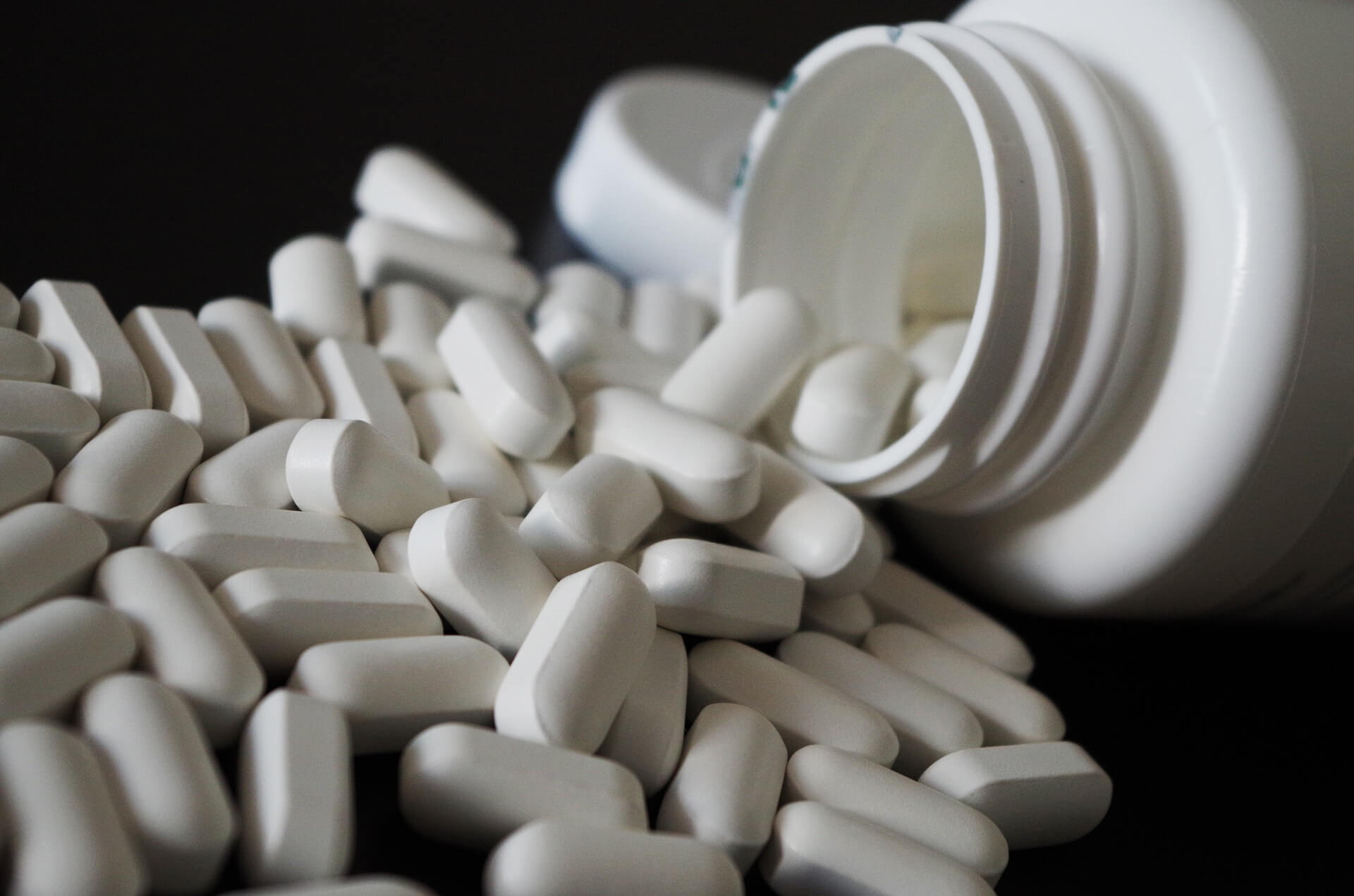 Diagnosed with Cancer After Taking Metformin?
Taking legal action against a pharmaceutical manufacturer is a venture full of complications and complexities. If you have been harmed by taking prescribed medications, it is essential to hold the rich and powerful drug companies accountable for their negligence and for the damages that negligence caused.  Expert representation by a metformin lawyer can help you recover monetary damages if you have been diagnosed with cancer caused by your use of metformin.

Metformin is a diabetes medicine that controls blood sugar levels.  The medication is taken orally by adults with Type 2 diabetes.  It is one of the most commonly prescribed medications in the United States.  In 2019, it accounted for more than 80 million prescriptions.

Some of the brand names under which metformin is marketed in the United States are:

Metformin Recalled in Other Countries and Under Review in the U.S.

In December 2019, certain metformin medicines were recalled by Singapore’s Health Sciences Authority because they contained amounts of N-nitrosodimethylamine (NDMA), that were above the acceptable level.

In February and March 2020, several Canadian Drug makers recalled formulations of metformin due to unacceptably high levels of NDMA.

On March 2, 2020, Connecticut-based pharmacy Valisure filed a Citizen Petition with the Food and Drug Administration (FDA).  The petition urged the FDA to recall certain lots of metformin to ensure the safety of the American drug supply. The petition included testing results showing high levels of NDMA.

To date, the FDA has not issued a recall, but one may be issued in the near future.

NDMA is an odorless liquid that was produced in the United States as a component of rocket fuel.  Production was discontinued after high levels of the substance were found in soil, air, and water samples were taken near a rocket fuel plant.  NDMA is also formed in the course of other manufacturing processes.

Conclusive evidence has been revealed through animal experiments that NDMA is a potent carcinogen.

The Agency for Toxic Substances and Disease Registry (ATSDR), which is part of the U.S. Department of Health and Human Services, states that it is reasonable to expect that NDMA exposure via drinking, eating, or breathing, could cause cancer in humans.

The findings of unacceptably high levels of carcinogen NDMA in formulations of metformin are very concerning to people who have used and are currently using metformin.  If, after taking metformin, you have been diagnosed with cancer, you understandably will have questions about pursuing legal action against the negligent drug manufacturers.

Monetary damages in a metformin lawsuit will be dependent upon several factors, including the severity of the physical harm that was caused by the drug.

Factors to consider in a Metformin lawsuit:

U.S. pharmacy Valisure tested and detected high levels of NDMA in certain lots of metformin.  They filed a Citizen Petition with the FDA on March 2, 2020, in which they requested an FDA recall of those lots.

Valisure’s petition pointed out that multiple metformin tablets can be taken daily over a user's lifetime, making the presence of high levels of NDMA especially concerning and underscoring the need for swift action to protect users - especially given that diabetes is increasingly common among young adults and even adolescents.

What To Do If You Are a Metformin User

Metformin is a prescription drug in the United States.  Users of the drug should not stop taking it without consulting their doctor.  If you are currently taking the medication and are concerned about the test findings, you can contact your prescribing physician to discuss treatment alternatives.

The carcinogenic chemical NDMA has been found in recent tests to be present in unacceptably high levels in certain metformin drugs.  The types of cancer that have been linked to NDMA, and therefore to metformin include but may not be limited to:

For a personal injury claim against a drug manufacturer to be successful, negligence on the part of the manufacturer must be established.  The makers of metformin are negligent if they fail to warn patients of the known cancer risks associated with its use.  Drugmakers have a duty to protect users of their products. If the drugmaker fails in its duty to protect, and as a result, a user is harmed by the use of a medication, negligence can be established.

Currently, the FDA has not issued a recall of metformin products, but that does not mean that manufacturers are not aware of the danger.  As noted above, other countries have recalled metformin products as far back as 2019, and as of March 2, 2020, there is a Citizen Petition on file with the United States FDA that requests a recall.  Valisure's petition references its test results that found unsafe levels of NDMA.

Since the 1960s, the carcinogenic nature of NDMA has been studied extensively by the scientific community. NDMA is classified by the International Agency for Research on Cancer (IARC) and the World Health Organization (WHO) as a probable human carcinogen.  The FDA has set strict daily limits of NDMA because it recognizes the danger of the substance.

Below is a news clip reporting on an FDA investigation into NDMA in metformin.

There are many complicated layers associated with a dangerous drug manufacturer lawsuit.  Pharmaceutical companies have bottomless pockets and will vigorously defend their case to protect their enormous profits.  If you or someone you love has been diagnosed with cancer after taking metformin, you must hire a lawyer with extensive experience in drug manufacturer litigation.

I'm Ed Smith, a Drug Products Liability Attorney in Sacramento. If you or a member of your family has been diagnosed with a severe condition after taking Metformin, call me to get my free, friendly advice. I can be reached at 916.921.6400 or 800.404.5400. You can also reach me online here.

We are proud members of the Million Dollar Advocates Forum as well as the National Association of Distinguished Counsel.

Our client reviews are on AVVO, Google, and Yelp. See our verdicts and settlements.

Editor’s Note: This page has been updated for accuracy and relevancy [cha 7.2.20]

DISCLAIMER: This document is for informational purposes only and does not constitute a Retainer/Services Agreement. No attorney-client relationship will exist between you and our firm unless and until we enter into a signed Retainer/Services Agreement. The information you obtain at this site is not, nor is it intended to be medical or legal advice. Do not stop taking any medication without consulting your physician.
Contact Us
Search
Personal Injury
Client Reviews
★★★★★
"Me and my wife; had a car accident. We were amazed how easy, professional, friendly attorney Ed Smith is along with his staff. Everybody is amazing. Thank you so much, we are very impressed!" Alex & Dinah M.
★★★★★
"Ed Smith and his office team took on a difficult personal injury case on my behalf and for the passenger in my car. Ed is a top- notch attorney. His staff couldn't have been more helpful and kind. No need to look elsewhere. I give Ed Smith my highest recommendation." Beverly
★★★★★
"Ed and Robert have been taking great care of my husband and I for the past 5+ years. They are always there when you have a problem and a quick resolution! Even when the issues have nothing to do with them. They are willing to help ease the pain off your shoulders. They are as good as it gets! Thank you again for everything." Annie T.
★★★★★
"Very professional. Great team, staff and service all around. Mr Smith was very honest, straight forward with his advice. He gives the word "attorney" an honest reputation. I will seek his council anytime, and would recommend him at the drop of a dime." Jeremy M.
★★★★★
"I would highly recommend Ed Smith to any friends or family in need of a personal injury attorney. Ed, and his staff, are very caring on top of being very experienced in this field. The staff always keeps you informed of the status of your case and they are always easy to reach by phone." Shannon D.
★★★★★
"Edward Smith law offices provide competent, thorough, and personable help for victims of personal injury. When you first meet the staff you know you contacted the right office. This law office treats clients like people. I recommend this office to anyone seeking representation regarding personal injury." David M.
View More
Submit a Law Firm Client Review