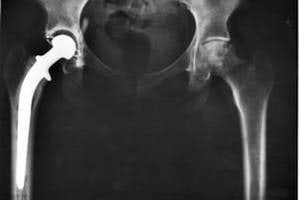 I’m Ed Smith, a Sacramento metal-on-metal hip replacement lawyer.  Although the U. S. Food and Drug Administration (FDA) still allows the sale of metal-on-metal hip implants, it now requires manufacturers selling them in America to conduct detailed postmarket surveillance studies. This represents a major step forward by our government in its efforts to document patients’ medical device difficulties.

Although faulty hip implants can cause a great many medical problems, they tend to fall into similar categories due to commonly alleged design defects.

After a patient undergoes surgical hip replacement or needs hip resurfacing products, further problems may develop since chromium and cobalt are present in most metal-on-metal devices. And once you begin exercising with a new hip implant, friction is often caused when the two metal surfaces begin rubbing together.

Complaints of Severe or Chronic Pain

It’s now fairly common for many patients to complain about severe or chronic pain once this friction causes metal fragments and ions to be “shaved off” into patients’ bloodstreams and surrounding tissues. This ongoing process can easily promote inflammatory reactions, bone loss, tissue damage, necrosis, and metallosis. The only meaningful way to often try and reduce these complaints is to pursue additional surgery – so that hip bones might be resurfaced and new implants put in place.

At present, many plaintiffs have filed cases to obtain compensation for faulty metal-on-metal implants involving:  Depuy ASR; Wright Medical Technology; Depuy Pinnacle; Zimmer Inc.; and Biomet M2a Magnum. Many of these cases are now being handled as MDL (multidistrict litigation) cases so the courts and all legal parties can more efficiently handle all of the overlapping discovery and other activities.

In July 2016, the California Court of Appeals upheld an $8.3 million verdict obtained against DePuy, a division of Johnson & Johnson. The case involved a man who lost his life while the appeal was pending. The man had received an ASR DePuy hip implant prior to their recall back in August of 2010.

Like others whose implants made them suffer, the man above had complained early on about serious hip pain. He also reported problems while walking with the new implant – and he experienced elevated amounts of metal ions in his blood – most likely due to the friction caused by the metal-on-metal device. During this five-week court trial, DePuy tried to mount an aggressive counterattack against the man. The company alleged that his other medical problems and his own surgeon did more to cause his pain than anything else.

Fortunately, the jury saw through these arguments – and the court of appeals upheld their verdict. Over 9,000 cases have now been filed regarding the DePuy ASR implant.

Although Wright Medical may have felt victorious after an earlier verdict against it for $11 million (back in November 2015) was later reduced by $9 million, it clearly wasn’t the victor in a more recent battle. (That first case involved a plaintiff who had received a defective Wright Conserve hip implant).

In November of 2016, Wright Medical agreed to a $240 million hip implant settlement in a Georgia federal court and California state court on behalf of 1,292 plaintiffs. All of them had to undergo corrective or revision surgery after they were implanted with either a Conserve, Lineage or Dynasty hip implant.

However, as of September 2016, there were still close to 1,300 other cases that were not included in that settlement -- they must all be addressed in future settle talks.

In December 2016, a Dallas federal court ordered DePuy Orthopedics (a division of Johnson & Johnson) to pay more than $1 billion to six California plaintiffs who successfully claimed they were injured by their Pinnacle hip implants. The jury ruled that the hip implant design was defective and the company failed to properly warn consumers about all the possible risks of receiving such implants.

As usual, Johnson & Johnson quickly objected to the verdict, vowing to appeal. Some of the victorious plaintiffs said they were especially offended by the company’s apparent claims that the Pinnacle hip implants might even last longer than other hip implants containing ceramic and plastic materials. That clearly did not prove true for these plaintiffs.

Regardless of the merits of any one appeal, federal courts do have a tendency to reduce unusually large verdicts at a later date. This occurred in an earlier Pinnacle hip implant case that involved an initial $500 million verdict. Later on, it was reduced to $151 million. DePuy has been forced to respond to over 8,400 lawsuits involving its Pinnacle hip implants.

In response to new Food and Drug Administration’s (FDA’s) regulatory standards, DePuy had to stop selling its metal-on-metal Pinnacle devices – at least in this country.

An order released by U. S. District Judge Robert L. Miller, Jr. disclosed that ninety-three (93) of these product liability cases were settled in October of 2016. They were largely focused on the plaintiffs’ claims that the Biomet hip implant devices produce unusually high amounts of metal ions, causing metallosis in surrounding tissues.

Yet despite this settlement, over 500 cases still need to be resolved that are part of this major products liability case. The individual settlement awards are usually based on when a specific plaintiff first received an implant and how long after that time the person required some type of corrective surgery or procedure. Other award considerations are based on which specific hip implant was used apart from the Biomet M2a – such as the M2a Taper or the M2a 38.

In July of 2015, a three-week trial conducted in a Los Angeles Superior Court ended with a $9.3 million verdict against Indiana-based Zimmer Inc. A plaintiff argued that he greatly suffered due to his hip implant’s defective design and the lack of a meaningful warning regarding the product’s inherent risks.

After being fitted with one of Zimmer’s Durom Cups, the plaintiff soon had to have corrective surgery – resulting in two traumatic surgeries within one 15-month time period. At one point, even Zimmer’s own medical consultant told the company that the product had design flaws. Furthermore, back in 2008, the FDA issued a Class II recall covering the Durom Cup and other hip implants, indicating that their surgical instructions were inadequate. While new instructions were being devised, the product was temporarily removed from the market.

How the FDA Views a Large Percentage of Hip Implant Products

Although some patients can tolerate hip implants with minimal difficulty, the Food and Drug Administration (FDA) has become wary of many of these devices due to the ongoing volume of patient and doctor complaints it receives. At present, the FDA maintains a comprehensive website providing general information about the potential problems with many hip implants.

The FDA is also requiring all current manufacturers of metal-on-metal (MoM) hip implants to gather information about how well these implants are performing for patients. This type of data gathering is already quite common in other parts of the world and should help American consumers better protect themselves in the future.

This relatively new gathering of hip implant success and failure data was ordered pursuant to Section 522 of the Federal Food, Drug and Cosmetic Act (“the act”). This legislation gives the FDA the authority to obtain post-market surveillance of certain products when they meet one or more of the following Class II or Class III criteria:

Patients and general members of the public can now visit this monthly-updated FDA website to learn more about the type of data being collected on different hip implant and other medical devices – prior to choosing specific types of surgery.

How Can You Tell if Your Metal-on-Metal (or Other) Hip Implant Is Defective?

As generally indicated above regarding specific plaintiff lawsuits, you may be a strong candidate for filing a products liability case alleging manufacturer negligence if your hip implant surgery didn’t turn out well – and you’ve had to undergo revision or corrective surgery. This is especially true if you’re still experiencing one or more of the following symptoms:

Be sure to report all hip pain symptoms to your personal physician so that you can immediately obtain the medical care you require. Once your regular doctor or a specialist has conducted a thorough physical exam, you’ll be told if you need to undergo an MRI, an ultrasound of your hip joint area, and have specific blood tests run to see if you have abnormal levels of substances like chromium and cobalt – both are commonly used in hip implants.

Depending on any corrective surgery outcome and your ongoing level of pain, you should also contact a Sacramento personal injury attorney. We can help you decide if you should file a lawsuit seeking compensation for your various hip implant injuries. Our office continues to help clients who have suffered a wide range of injuries due to faulty medical devices, medical malpractice, and other similar events obtain full and just compensation.

My name is Ed Smith. I’m a Sacramento personal injury attorney. If you’re currently suffering from any type of defective hip implant, I can help you evaluate your case and decide if we should file a lawsuit on your behalf. I’ll do all I can to obtain full compensation for your medical expenses, pain and suffering, loss of earnings, and other losses.

I am a member in the California section of the Million Dollar Advocates Forum. Members who belong to this forum are top rated US Trial lawyers who’ve obtained multiple million dollar case verdicts and/or settlements on behalf of their clients.

See my Past Verdicts and Settlements.

Please take a few moments to read my client reviews on Yelp, Avvo, and Google.