Why is this important?
Home
Staff
Marshal Hewitt 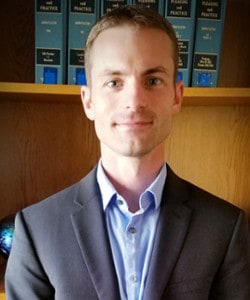 Marshal joined the Law Offices of Edward A. Smith as a Paralegal in August 2018. A trial-by-fire sort of person, his first foray into the legal field was advocating for the rights of elderly citizens, especially those at risk of predatory financial practices. As his familiarity with the legal world grew, Marshal's personal quest soon materialized into another career path. He began working at a law office in El Dorado Hills and received several years of on-the-job training in contexts from employment law and torts to patents and bankruptcy. Marshal later received a Paralegal certification from the UC Davis Extension and joined our firm soon after.