Marked Crosswalks May Not Be Safe for Pedestrians 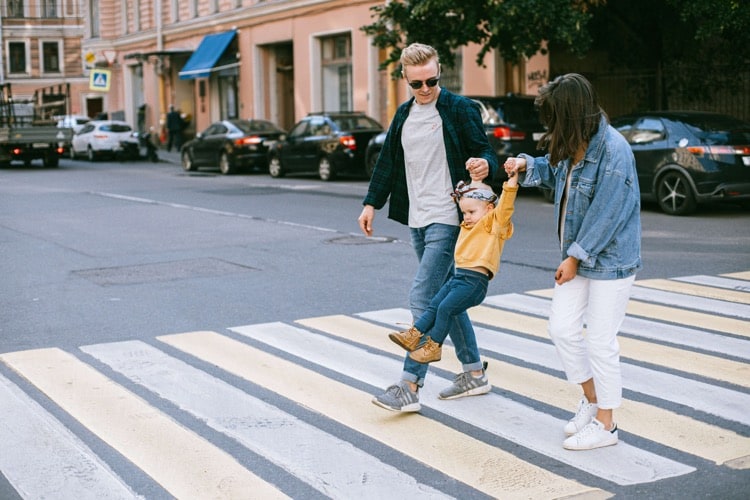 Pedestrians are instructed to use marked crosswalks as a safety measure when they need to cross a busy street or intersection. However, crosswalks may not always offer the level of safety that is expected. While this is not true of the majority of crosswalks in Sacramento, some crosswalks are poorly designed or contain hidden dangers that can lead to a serious pedestrian accident. If you are injured in an accident where a dangerous crosswalk was at least partly to blame, you can incorporate this into your claim for damages.

For example, a pedestrian struck by a reckless driver has the right to place a claim against the motorist for failing to drive safely. However, if the crosswalk contributed to the accident because of a lack of proper and efficient construction, the pedestrian also has a right to hold others liable. Let’s examine how a crosswalk can be considered dangerous and what measures should be taken to recover full compensation for your accident injuries.

In California, an injured party has the right to be reimbursed for the financial damages they suffered in an accident due to another’s negligence. To maximize your success at obtaining the deserved compensation, it is crucial to contact an injury lawyer who has experience with dangerous crosswalks. I’m Ed Smith, and at my Sacramento law firm, my legal team and our investigators are there for you.

Generally, we think of accidents being caused by a single act of carelessness such as drunk or distracted driving. However, this is not always true. Many times, multiple factors play a vital part in an accident. This is especially true in a pedestrian crosswalk accident. An irresponsible driver may not slow down as they approach an intersection and strike a pedestrian already in a crosswalk. This alone would establish liability against the motorist. But, what if the crosswalk lights malfunctioned and did not give the driver any warning? Here, the malfunctioning safety features are also involved as a reason for the pedestrian’s injuries.

The injured pedestrian now has the right to file a claim against both the motorist and the entity responsible for the malfunctioning lights. This could be the city or state where the crosswalk is located or the California Department of Transportation or Caltrans. Filing a claim against multiple parties increases your chance of full compensation. This type of lawsuit can be complicated. Your claim against the government will have differences not found in the lawsuit against the negligent driver.

How a Claim Against a Government Agency Differs

In a claim against a negligent motorist, your attorney will either negotiate with an insurance company or try the case in civil court within two years. This is called a statute of limitations. Alternately, when the claim is against a government entity, the deadline is drastically different. In California, the injured party must file their claim against the government agency within six months of the accident. The agency has 45 days to answer the claim. If the claim is denied, the injured party has six months to file a lawsuit. On the other hand, if the agency does not respond, the injured party has two years to file a lawsuit.

When filing claims against multiple entities, it is necessary to have an experienced crosswalk accident attorney at your side. He or she will file all documents properly and in a timely manner.

What Makes a Crosswalk Dangerous?

A dangerous condition is defined in California Government Section 830 as a property defect that poses a significant risk to individuals when they use it as intended. Several factors can make crosswalks dangerous. The most commonly encountered are listed below:

The video below provides some essential crosswalk safety tips for pedestrians.

How a Law Firm Investigates a Pedestrian Crosswalk Accident

After an accident, all evidence linking a specific agency or a negligent motorist to the incident must be gathered. In personal injury cases, it is the injured party that must prove negligence. In pedestrian crosswalk accidents, our law firm dispatches our investigators to the scene of the incident to do just that. They start by interviewing witnesses and scrutinizing the area. Our investigators use accident reconstruction techniques to determine the position of the participants before and after the crash. In this type of collision, the investigators will also look at the traffic density and speed limit, as well as the applicability of crosswalk placement in a particular area. We check the traffic signal lights to see if they are working, the amount of time they allow for crossing, and if they are properly maintained. The number of lights available to illuminate the crosswalk is examined.

Our investigators also check to see if drivers are properly warned that a crosswalk is upcoming. We examine the police report of the accident for inaccuracies and review police records for the number and types of accidents that happened previously. In addition, if surveillance cameras on traffic lights and businesses are available, we obtain video footage. Once this data is compiled, the investigators release it to our legal team to help build a robust claim for our client.

I’m Ed Smith, a Sacramento pedestrian accident lawyer. Being involved in a pedestrian accident can cause both physical and financial harm. Having the insight an injury lawyer can provide is essential to your case. Call me at (916) 921-6400 or (800) 404-5400 for free and friendly advice. I can also be reached online by using our convenient form on my website at AutoAccident.com.

I’ve helped Sacramentens since 1982 receive the compensation they deserve in car accidents, wrongful deaths, and other traumatic injuries.

Photo by Katie E on Pexels