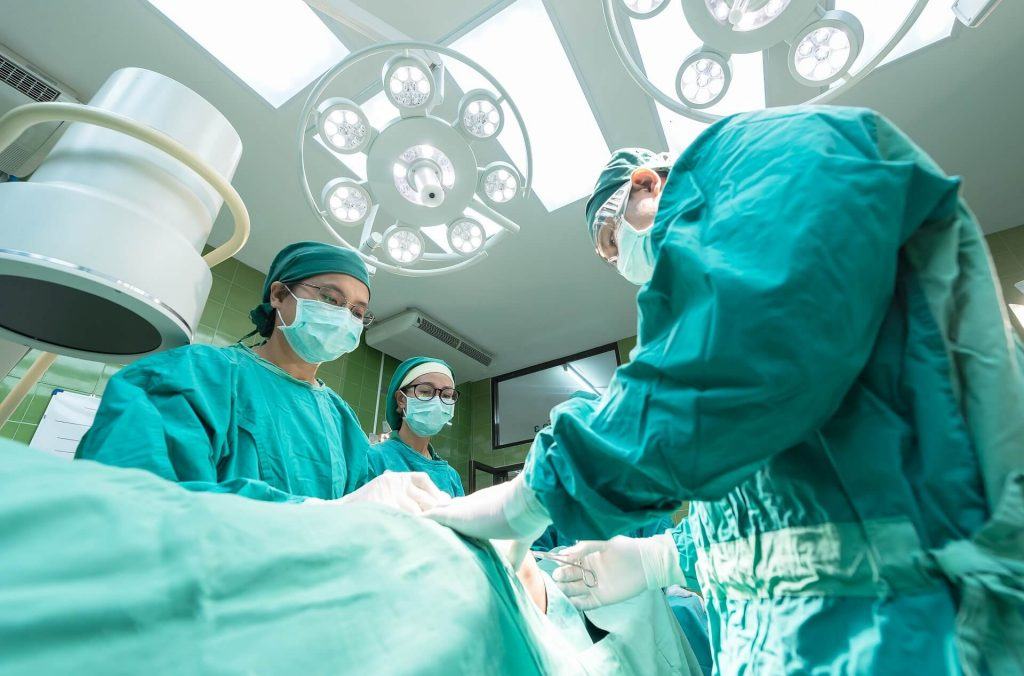 Amputations of the shoulders are not very common.  They can occur after a traumatic injury to the entire arm, a tumor or malignancy of the arm, or because of a congenital abnormality of the arm, leading to a very small stump at birth.  If possible, the surgeon should try to save at least the head of the humerus in a shoulder amputation because things like shirts and coats hang better on a shoulder that still has a stump of a humerus attached to it.

Surgeries that also take the scapula, clavicle, and muscles of the shoulder are often called forequarter amputations.  They are considered very disfiguring and are therefore not done unless there is a good medical reason to do this type of procedure.

If you or a family member has experienced a shoulder amputation following an accident that was caused by someone else, you may be entitled to compensation. Our injury lawyers may be able to help you pursue a personal injury claim. We can offer you free, friendly advice if you call us at (916) 921-6400.

There are different surgical approaches to a shoulder amputation.  One is called a modified shoulder dislocation in which there is an extremely short segment of the humerus attached at the level of the shoulder.  This is preferable because the shoulder retains its most esthetically-pleasing shape.  In such cases, a prosthetic limb is not usually attached, and the person remains to have just one functional arm.  If the doctor can save the deltoid muscle, it can be used along with a myoelectric prosthesis with portions of the deltoid muscle activating different aspects of the prosthesis.

In a true shoulder disarticulation, the entire humerus is removed, and the flap of tissue making up the deltoid muscle and overlying skin is sutured to cover the hole left over after the humerus is removed.  The result is not as esthetically-pleasing as with a modified shoulder disarticulation, and there is little room for a prosthetic device to attach to the shoulder at this level.

The most extreme shoulder surgery involves removal of the scapula, clavicle, and humerus.  This leads to the most disfiguring shoulder amputation with no ability to attach a functional prosthesis to the stump.  In fact, there is no arm stump—just the rounded remnant of shoulder created by the rib cage and overlying muscle.

There is a special procedure known as the “internal amputation” in which the clavicle, scapula, and parts of the shoulder are removed with the nerves and vessels that run through the armpit left intact so that there can be some function of the hand, wrist, and forearm.  These procedures are rarely performed but can be done if there is a malignancy in one of the affected bones so that it needs to be removed.

Sometimes the nerve supply to the arm, the brachial plexus, is so damaged by itself that it must be removed.  In such cases, the patient can still retain their arm on the affected side, but it would only be for cosmetic purposes as the arm would not be able to move on its own and would have no sensation.  Because this involves a lot of dead weight, some people prefer to have the entire arm severed or can leave behind a part of the humerus, which can have some functioning as a stabilizing limb stump in people who want a prosthesis attached to the flail arm.

While it wouldn’t seem like it would make much of a difference, the loss of the shoulder and arm on one side of the body causes full body postural changes so that the remaining shoulder rides higher than the normal arm.  If a prosthetic device is attached to the shoulder, it might not be very functional, but it can offset the weight differential involved in losing an arm at the shoulder level.  Even so, scoliosis of the spine is possible.  Scoliosis is more prominent if the amputee is a child or teenager.

Finding a functional prosthesis in a shoulder amputation can be very difficult.  The prosthetist must look at each case differently and design a prosthesis that fits well to the rest of the body and has as much capability of functioning as possible.

Before a prosthetic device can be attached, the prosthetist must know if the dominant arm has been involved, the tissues that have been removed as part of the amputation, and whether or not the patient is healthy enough to maneuver bulky body-powered or hybrid prostheses.  The prosthetist must check the activity of the remaining muscle, which might be used to myoelectrically activate the prosthesis.

The video below shows a traumatic shoulder disarticulation amputee learning how to control the Myo-Electric prosthetic arm on his very first day of testing.

There are three types of attachments in a shoulder prosthesis:

Options for shoulder amputations include not using a prosthetic device at all, using a device that would round out the shoulder so that clothing fits better, or using a passive device that is mainly for aesthetic purposes.

There are also active prosthetics that are moved using body-movements about the shoulder, body movements plus some electrically-powered components (in other words, a hybrid-type prosthetic device) or a fully externally-powered device that uses a myoelectric system to open and close artificial fingers and move the elbow by having motions of the muscles of the remaining shoulder to “turn on” various aspects of arm and hand movement.

Some prostheses can be created specifically for a particular task that the patient does on a repetitive basis, such as in a work-related setting.  These prostheses tend to be cheaper to buy and use when compared to prosthetic devices that do many different activities.

The key to a good shoulder prosthesis is to have a good snug fit in the socket of the shoulder so that the prosthesis isn’t too weighted down or slipping.  This involves a proper fit and straps which can hold the prosthesis to the body.  Even when the prosthetic device fits well, it takes a strong person or one that can be trained to be strong so that the weight of the prosthesis doesn’t cause too much fatigue on the part of the wearer.

In the end, just about any shoulder amputee will be somewhat frustrated by the lack of complete use of the prosthetic arm. They must go through many hours of training to effect proper control over the prosthetic device.  They must learn how to put on the device by themselves and to make it functional over a wide variety of uses.  There may be several different prostheses made for the patient who uses different prostheses for various functions.  These things are hard to accomplish and partly explain why so many shoulder amputees choose not to use a prosthetic device at all.

I'm Ed Smith, a Sacramento amputation injury lawyer who has been helping traumatic amputee injured clients since 1982. Call me anytime at 916-921-6400 or 800-404-5400 for free, friendly advice if you or a family member has been injured in an accident that requires amputation.

Photo by sasint on pixabay

Editor's Note: This page has been updated for accuracy and relevancy. [cha 4.10.20]