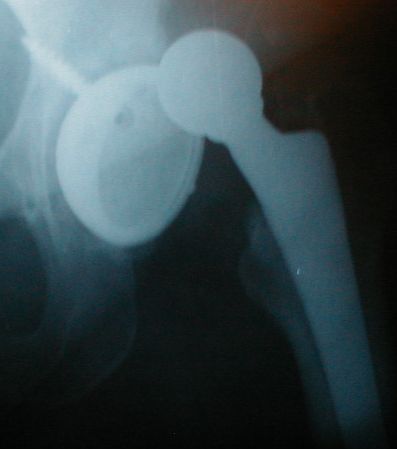 I’m Ed Smith, a Sacramento Personal Injury Lawyer. Someone who has been involved in a motor vehicle accident has the potential to suffer a wide variety of injuries. One of the injuries that patients could potentially develop is a posterior dislocation of the hip. There are many different types of posterior hip dislocations and a literature review was conducted to try and find a trend between the type of posterior hip dislocation, treatment type, and patient outcome.

What is a Posterior Hip Dislocation?

There are many different types of auto accidents that someone could be involved in and a head-on collision has the highest potential of leading to a posterior hip dislocation. When someone collides with an object or vehicle in front of them, they often slam the brakes to the floor to try and avoid the accident, locking out their knees in the process. With their legs locked out, there isn’t any give for the legs to bend when the front of the car impacts with the object in front. As the front of the car crumples, this force is transmitted up the leg and could force the head of the femur out of the hip socket in an injury called a posterior hip dislocation. A hip injury could be even more serious if a child is involved because they still have a significant amount of growing to do.

A research paper was published that took a look at the various hip dislocations that came through a certain institution over a five year period. The study was urged on by the increasing number of motor vehicles on the road during this time period, leading to an increase in the number of accidents that were happening and, subsequently, the number of traumatic injuries that were coming in. The study started with a patient population of around 100 who had suffered some form of hip dislocation. 25 of the patients were excluded because they had anterior dislocations instead of posterior dislocations. Then, 20 more patients failed to have adequate follow-up. This means that 55 patients with posterior hip dislocations were analyzed in this study.

Classified According to Type

The patient population was broken up according to the severity of their injury. The different classes were:

Grade I: This included 30 patients who merely had a hip dislocation but did not have an associated bone fracture.

Grade III: There were 13 patients in this group and these patients had very large fractures in their acetabulum that were unstable and needed to be surgically repaired with fixation.

Grade IV: There were only two patients in this group; however, they were the most severe. These patients had a posterior hip dislocation but also had a fractured femur. The femur fracture was either in the head or the neck of the femur.

Management of the Patient Population

Unfortunately, there was no set management for the patients who had suffered these injuries. The vast majority of the patients underwent a reduction of their hip dislocation as quickly as possible; however, more than half of the patients had to wait more than 12 hours after their injury to get their dislocations reduced for reasons that are unknown. The reductions were performed under anesthesia and the patients had their reductions maintained using traction, or by placing tension on the leg to hold it in place. Patients were instructed to remain on bed rest for three weeks. For patients with grade III or grade IV injuries, their treatment protocols were even more haphazard. Some patients underwent an open reduction with acetabular fixation. Other patients had to wait for their open reduction. One patient even walked on the leg for three weeks before seeking medical attention.

In general, patients had worse outcomes if their dislocation was of a higher “grade.” 80 percent of patients with grade I fractures had excellent outcomes while both patients who had grade IV injuries had poor outcomes. The patients with grade IV outcomes had a significant number of comorbidities which resulted in a severely decreased quality of life. Several of the hips showed evidence of arthritis developing on follow-up and three of the patients developed avascular necrosis, a serious complication that could lead to a death of the femoral head.

The Importance of the Study

The study demonstrates that posterior hip dislocations can range widely in terms of severity and associated injuries. If there are bone fractures in the in the hip socket, these are generally not as severe as bone fractures in the femoral head and neck. Patients who have posterior hip dislocations appear to perform better if they opt for an immediate reduction, closed or open, than a late reduction. Bed rest is an important component of the recovery process as it can take weeks to months to return to the patient’s baseline level of quality of life.

I’m Ed Smith, a Sacramento Personal Injury Lawyer. If you suffered a hip injury in an accident due to someone’s negligence, call me for free and friendly legal advice. I can be reached at 916.921.6400.

I have been inducted into the Million Dollar Advocates Forum for top ranking injury lawyers with million dollar verdicts.

Some of my verdicts and settlements can be found here.

Many of my ratings and reviews left by clients from the past are up on Avvo, Yelp, and Google.