Why is this important?
Home
Resources
The Tricks Insurance Companies Play and How We Deal with Them
The Insurance Industry and Individual Companies
Liberty Mutual Insurance 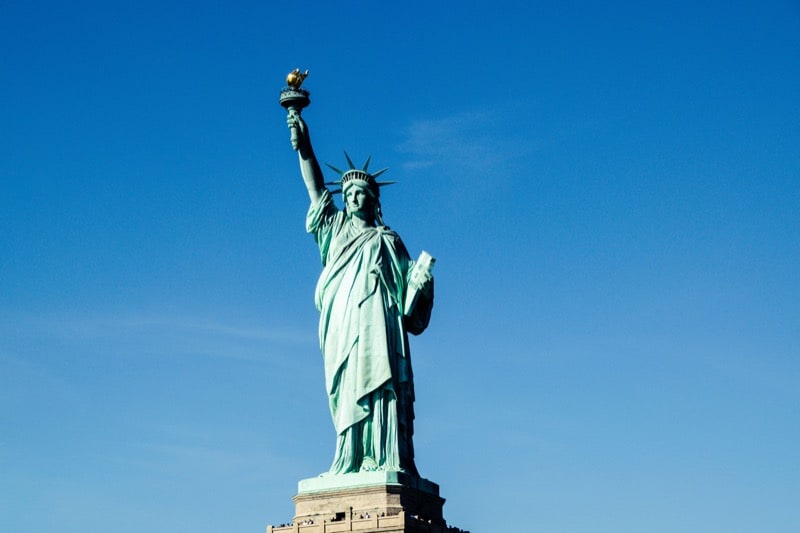 This company was founded as the “Massachusetts Employees Insurance Association,” but within a few years, it adopted the now-familiar name of “Liberty Mutual Insurance.”  The company is one of many “mutual” insurance organizations in which each of the policyholder-members has a stake in ownership rather than being a publicly-traded, stock-based corporation.

Liberty Mutual is well-known from its recent series of television commercials featuring an emu, as well as long-running sponsorships of public television programming.  It also operated a workplace safety research institute for many years.

Who is Liberty Mutual Insurance?

As of 2018, Liberty Mutual was the sixth-largest automobile liability insurance company in the United States in terms of total auto policy premiums collected, according to the National Association of Insurance Commissioners.  This accounted for a little more than one-quarter of its total world-wide revenues, which come not just from automobile policies but other “property and casualty” policies such as homeowners and business coverage.  Additionally, they have established or acquired numerous subsidiary insurance companies in countries in Europe, South America, and Asia.

Liberty Mutual Insurance was founded on July 1, 1912, in Boston, MA. The insurance company started as a workers’ compensation insurers for employers following one of the country’s earliest state laws requiring this type of worker protection.  It began offering automobile liability insurance a few years later.  It now offers many different types of insurance for both individuals (auto, home, life) and for businesses.  The company’s headquarters is located in its self-built skyscraper in Boston, and it has about 45,000 employees around the world.

What Are Some Claims Practices of Liberty Mutual Insurance?

A few years back, a famous study from the American Association of Justice ranked the ten worst insurance companies in America for their claims, sales, and consumer practices.  The study looked at thousands of court cases, complaints to state insurance commissioners, law enforcement investigations, and statements from current and former insurance company employees.  The bad news for Liberty Mutual is that they were on that list. The good news for them – if there was any – was that they were not the worst on the list, coming in at #10.

Insurance companies, including Liberty Mutual, do not like paying out claims. Insurers especially do not like paying out large amounts of money, even when those large amounts constitute fair and reasonable personal injury settlements.  Even when an insurer recognizes that a large claim payment will likely be the final result, it still pays for them to hold onto those settlement funds as long as possible.  This is most often accomplished by lowballing and denying claims when possible, or by stonewalling and delaying resolution when not.

For example, a recent appeals court case in Massachusetts addressed a situation in which Liberty Mutual was the business liability insurance company for a restaurant which was sued by a patron after the business allegedly failed to eject another patron who became argumentative and aggressive, subsequently striking the first customer and causing a traumatic brain injury.  In this case, despite a severe brain injury and reportedly more than $600,000 in medical bills, the claim against Liberty Mutual was not settled and went to trial, where a final judgment was entered for more than $4.5 million.  Liberty Mutual refused to pay up on this judgment, and apparently only made a single settlement offer of $150,000 during the trial.  This resulted in a bad-faith lawsuit directly against Liberty Mutual for its handling of the claim.

The Law Offices of Edward A. Smith (Autoaccident.com) recently resolved a case against Liberty Mutual for a client who was injured as a result of a multiple-vehicle traffic collision in which she suffered injuries to her neck, back, and right shoulder.  The client – a woman in her late 50s who was employed full-time as a technician – had a course of “conservative” care, consisting mostly of chiropractic treatment that resulted in medical bills of a little less than $5,000 in total.  The negligent driver who caused the “chain reaction” rear-end collision involving several vehicles was insured through Liberty Mutual with bodily injury liability limits of $100,000 per person and $300,000 per accident.  The first attorney who represented our client quickly submitted an offer to Liberty Mutual to settle the claim for $25,000 -- perhaps concerned that the multiple injury victims in this four-car accident might “use up” the available settlement funds.  Fortunately – for the client -- Liberty Mutual declined to make an acceptable counter-offer, and the informal settlement negotiations stalled.

The vast majority of attorneys are hard-working, ethical people seeking to do the best job they can for their clients.  There are, however, differences in experience, specialization, and skill levels between attorneys, and sometimes it’s appropriate to get a “second opinion” on how a personal injury claimant’s current attorney is managing the client’s case.  And sometimes it’s reasonable to change to a different attorney.

In this case, it became apparent that the client was still having significant symptoms from her injuries, particularly right shoulder problems that were interfering with her work and home activities.  We advised her that getting additional medical evaluations of her shoulder injury would be a good idea before trying to proceed further with settlement negotiations.

Additionally, we advised the client that the liability policy being “used up” was likely not a major concern.  Liability insurance companies have an obligation to their policyholders to resolve all claims from an incident within the available policy limits, and they know that settling some claims while leaving other unresolved is likely to get them in trouble very quickly.  What this usually means to a personal injury victim from an incident where multiple people were injured is that resolution of all the claims will often have to wait for a resolution of the claim that takes the longest to be presented to the insurance company.

Proving the Full Amount of Damages

When our client followed up with an orthopedist for further evaluation of her shoulder injury, the doctor sent her for an MRI examination of the joint.  The original diagnosis of her injury was a simple shoulder sprain. However, most sprains will resolve in a matter of weeks with some basic medical care -- our client’s symptoms were still present several months after the accident.  The MRI revealed that she had suffered a rotator cuff tear in her shoulder joint.

The rotator cuff is the collection of tendons and muscles that both hold the shoulder joint in place and allow it the incredible mobility that our shoulder joints possess.  Tears in one or more of the tendons can result either from repeated stresses – they are very common in athletes – or from direct trauma to the shoulder.  Some tears will heal on their own with medical care, such as anti-inflammatory medication and physical therapy.  Other tears will not heal this simply, and some will worsen over time.

This client noted that her rotator cuff symptoms – to her dominant right arm – were causing increasing problems for her at work, at home, and in recreation.  Due to this downward trend and the results of the MRI exam, the orthopedic surgeon recommended arthroscopic surgery on our client’s shoulder joint to repair the tear.  The surgery substantially improved her symptoms, but it, unfortunately, did not completely alleviate them.

Once the full nature of our client’s shoulder injury became apparent, we demanded payment of the maximum $100,000 Liberty Mutual policy limits.  The evidence for this increased demand included discussions of the impacts on her ability to work – both up to that point in time and for the remainder of her work-life expectancy – the effects on the client’s spouse’s loss of consortium claim due to the injury’s effects on their home life, and the impacts on the client’s own overall physical health and ability to recreate – she enjoyed bicycling for exercise. Her shoulder pain made this very difficult.

How Long Does Liberty Mutual Take to Pay Claims?

Although Liberty Mutual increased their offer once this complete evidence of our client’s full damages was presented, they still did not come close to the policy limits payment that would have been a fair and reasonable settlement of her claim.  A little more delay in paying would mean a little more investment profit for the insurance company.  It was necessary to file a suit in court and litigate the matter. After several months of litigation – as Liberty Mutual’s defense costs were increasing and the “writing on the wall” was becoming evident – they finally settled the claim for the full $100,000 policy limits.

An experienced personal injury can be beneficial to potential clients who may be concerned with how their claims are proceeding, whether or not they’re handling the claims on their own.  And these second opinions should be free of charge unless the client elects to formally retain the attorney’s services.

For information on insurance companies, their claim tactics, see the links below:

Editor’s Note: This page has been updated for accuracy and relevancy [cha 12.7.20]
Photo by Matthis Volquardsen from Pexels