Why is this important?
Home
Resources
Legal Ruling for Future Medical Damages

One of the significant elements of nearly all personal injury claims is medical "damages" -- the economic value of medical treatment that has been received related to the injuries sustained in an auto accident or other types of incidents in which the claimant was a victim.  The "legal" value of medical damages is defined in the instructions provided to juries responsible for making this determination as to the "reasonable cost of reasonably necessary medical care."

Injuries requiring large amounts of expensive medical treatment generally – but not always – tend to be associated with larger awards of non-economic damages.  And vice versa for injury claims with lesser amounts of past and future medical damages.  So, both sides have significant reasons for maximizing or minimizing the value of medical damages.

Additionally, in cases where the personal injury victim has long-term or permanent injuries that are expected to require medical treatment in the future, the costs of that future treatment become the element of "future medical damages" -- again, based upon the reasonable cost of reasonably necessary future medical care that is anticipated by the injury victim's doctors.

Complicating the calculation of these damages are the changes in recent years of what types of evidence may be presented to a jury trying to calculate them.

Proving Past and Future Medical Damages

In past decades, proving past medical expenses was typically just a matter of submitting the actual bills from a medical provider.  And proving future medical expenses typically relied upon medical testimony that certain treatment was likely to be needed in the future along with evidence of what was currently commonly charged for that anticipated future treatment.  If a particular medical provider bill was considerably out of line with the "going rate" for similar treatment from other local providers, there might be an argument over whether the charges were inflated, but usually, the amount billed was the amount of the medical damages, whether past or future.

Those of us with traditional, non-HMO health insurance, however, will quickly realize that there's often a significant difference between the amount billed by a medical provider, what we individually pay to that provider, and what total payment the provider receives.  A $2,000 emergency room bill may result in a $200 co-pay that is paid by the injury victim, another $1,000.00 paid by the injury victim's health insurance, and a write-off by the medical provider of the $800.00 balance.  Or if we voluntarily choose to visit an "out-of-plan" doctor, we may end up having to pay the full amount billed.  Or for certain types of insurance, such as Medicaid (Medi-Cal in California), that $2,000 emergency room bill may be very deeply discounted down to a $200 payment to the hospital and nothing more.

In recent years -- and largely due to the increasing differences between what is billed for medical services and what is paid for medical services -- a line of rulings in "case law" in California has moved toward limiting the dollar value of medical damages to amounts actually paid or actually owed rather than the amounts billed.  This line of thinking, however, came into direct conflict with a much older legal principle known as the "collateral source rule." A collateral source is something that pays a portion of the expenses or other damages of an injury victim that they would other to have to pay out of pocket or sustain as a direct loss.  Common examples of collateral sources are health insurance that may pay medical expenses from an injury incident and short or long-term disability insurance that may cover income losses when an injury victim is unable to work.  The "collateral source rule" generally prohibits presentation of evidence at the trial of these outside sources of coverage, the primary reason being one of good public policy – we shouldn't discourage potential injury victims from getting health insurance and other insurance for themselves by then turning around and penalizing them for this wise choice at trial.

One of the first rulings that limited the use of straight medical billings as proof of medical damages was Hanif v. Housing Authority (1988) 200 CA3d 635, in which the appellate court determined that an injury victim could not receive more for medical damages than the amounts actually "paid or incurred." The full billings could still be introduced into evidence (useful to plaintiffs for supporting their non-economic or "general" damages), but verdicts that awarded more for medical damages than what was actually paid or incurred could later be reduced to those lesser amounts.

This was taken further in Howell v. Hamilton Meats & Provisions Inc. (2011) 52 Cal4th 541, in which the state Supreme Court decided that the full amounts billed for medical services weren't even admissible evidence of the reasonable value of the medical damages.  By this point, only the amounts actually paid (by health insurance, out of pocket, or from another source) or incurred (amounts still owed in full by the injury victim) were considered evidence of medical damages.  And another ruling in Corenbaum v. Lampkin (2013) 215 CA4th 1308 extended this to proof of future medical damages as well. 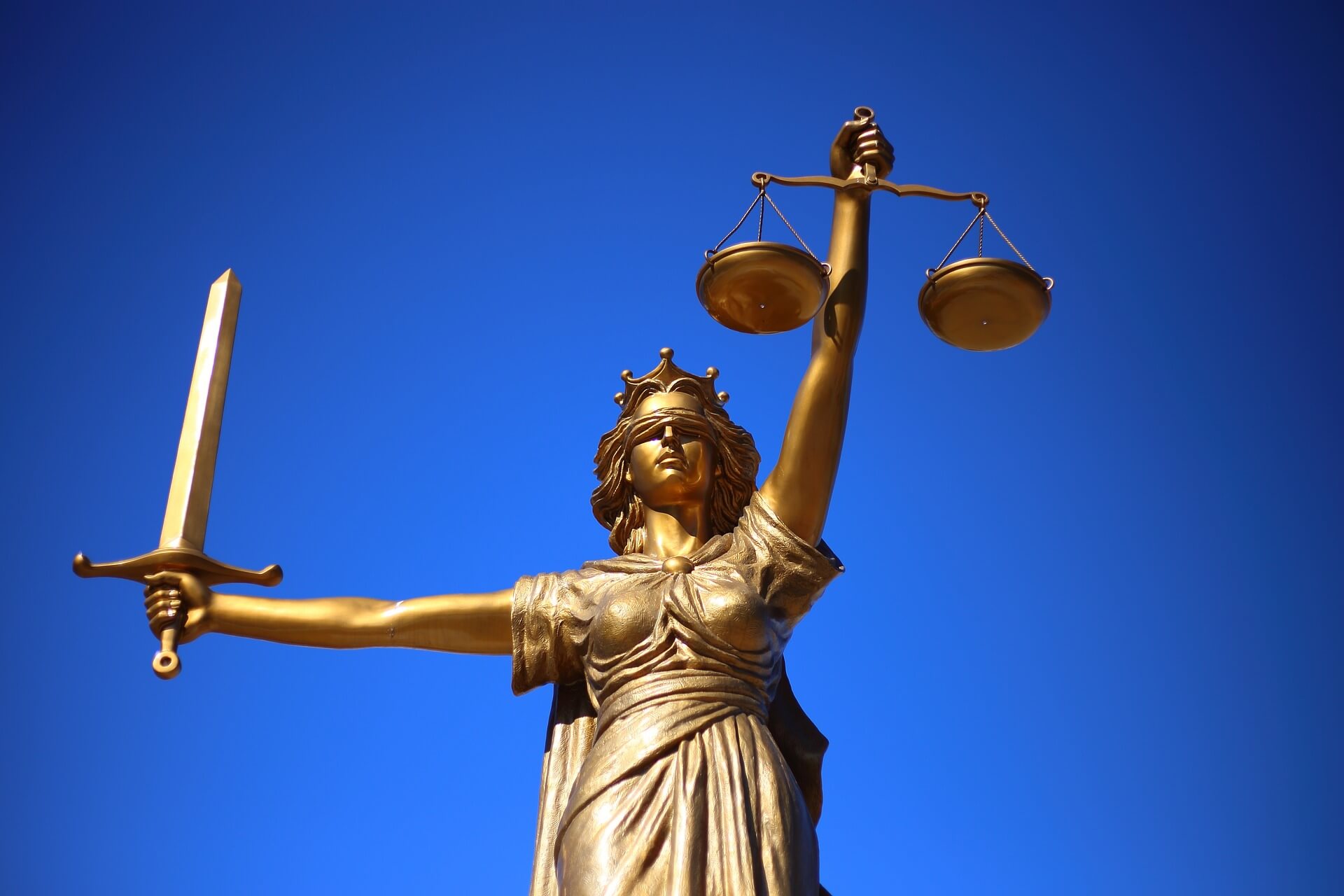 Into this situation came a more recent ruling in the case of Cuevas v. Contra Costa County (2017) 11 CA5th 163, in which the appellate court decided that the measure of future medical damages would be based both on the discounted rates being paid by health insurers and on the supposed certainty of future health coverage under the Affordable Care Act.  The Affordable Care Act – its full name is actually the "Patient Protection and Affordable Care Act," but it's more commonly known as "Obamacare" -- was passed in 2010.  One of the ACA's stated goals was to have all Americans covered by some form of health insurance, whether through their employment, through government insurance programs such as Medicare and Medicaid, or through plans directly purchased through health insurers or through new state health insurance exchanges.

Liability insurance companies quickly realized that the apparent "guarantee" under the ACA that everyone would have health insurance into the indefinite future could be used as an argument that the value of the damages of all future medical expenses could be limited to the "50 cents on the dollar" or whatever similar discount was being paid by health insurers on medical billings.

The Cuevas case was a medical malpractice case, and the laws for medical malpractice cases in California limit the collateral source rule against discussion of health insurance by allowing some evidence of a plaintiff's medical insurance to be introduced when calculating past medical damages.  (This is under California's Medical Injury Compensation Reform Act, specifically the portion at Section 3333.1 of the Civil Code.)  How far the courts may allow the Cuevas case – in combination with the other cases cited above – to go in limiting future medical damages in all other types of personal injury cases than medical malpractice is not yet clear, but liability insurance companies and their defense attorneys are certain to make the argument that these limitations on future medical damages should apply.

One obvious question is just how certain future health insurance really is under the Affordable Care Act.   Beginning almost immediately after the ACA's passage, and especially after the 2016 elections, its opponents have sought to either eliminate or significantly scale back the ACA.  Although this has not yet happened, the future remains unsure, and at least one important element of the insurance "guarantee" -- the "individual mandate" requiring citizens to have some sort of health insurance – was effectively eliminated with the Tax Cuts and Jobs Act of 2017.  While the Cuevas trial court did not directly address this -- it only found that the evidence of future insurance, in that case, did not show reasonable certainty, not that it could not be addressed at all -- other cases have hinted more directly at this uncertainty, such as Leung v. Verdugo Hills Hospital, which noted that "future medical insurance is uncertain and speculative." However, the appellate court in Cuevas specifically found that the trial court acted improperly in concluding that coverage under the ACA in the future was speculative.  In doing this, however, the appellate court in Cuevas did not even address whether there was sufficient evidence that future health insurance under the ACA was likely to be available to cover the plaintiff's medical bills.

The ruling in the Cuevas case was definitely a strike against plaintiffs in medical malpractice cases in that it allowed evidence of future health insurance – and discounted medical bill payments under health insurance – to be introduced in order to limit medical damages.  How well this ruling will hold up under more recent evidence of the ongoing efforts to weaken the ACA isn't yet clear.  The Cuevas appellate ruling itself occurred after the initial attacks on the ACA, but before some of the more recent efforts to overturn or limit the Act, and even within the case itself, the court's holding was based almost in its entirety upon the opinions of a single defense expert.  And that expert himself had admitted in deposition that there was instability regarding the benefits and reimbursement rates such that no particular rate could be guaranteed into the plaintiff's future.

At this point, only time will tell, both for the future viability of the ACA and for its applicability as a limiting factor in the calculation of future medical damages for personal injury victims.

Images by succo and Sang Hyun Cho from Pixabay