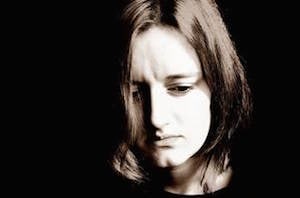 Sometimes described as drill-like devices, power morcellators have often been used to remove women’s fibroids during surgery. The entire uterus containing fibroids can be removed during a hysterectomy -- or the individual fibroids can be removed using laparoscopy (a small lighted tube inserted into a small incision) during a myomectomy. Morcellators are also used to handle some kidney and spleen operations.

To better understand why so many morcellator lawsuits have been filed, it’s important to first review the general problems women have with fibroids and why surgeries using power morcellators have often seemed like the safest option.

Until the last several years, the American medical profession believed that power morcellators offered women a safe and less-invasive way to rid themselves of painful or problematic fibroids. These non-cancerous tumors frequently grow in older women’s uterine walls. The process of morcellation breaks down the fibroid tissue into tiny fragments that can then be rather easily removed.

Statistically speaking, by age 50, about 70% of white women and 80% of black women have fibroids, although many are unaware of them. However, as fibroids grow and change, many women experience significant levels of pain, excessive menstrual bleeding, and other complications due to their presence.

As these painful conditions worsen, many women request a prescription, a modern technological technique or some type of surgical help. The National Institutes of Health (NIH) currently estimates that 200,000 hysterectomies are performed each year, costing close to $2.1 billion dollars. (Note: Other reputable sources claim that nearly double this number of hysterectomies are handled each year).

Some American women first seek out non-surgical help. While a small number of prescriptions can relieve a few fibroid symptoms, it’s often risky to prescribe them since they can interfere with a woman’s fertility and her overall hormonal balance. Nevertheless, the NIH has written that the progesterone-blocking drug Ulipristal may help. One limited study indicates that this drug can help reduce women’s fibroids in size and address certain bleeding issues. However, the drug should not be used for more than three months.

While clinical trials involving Ulipristal continue, it has now been approved as an emergency contraceptive. A small percentage of women handle their fibroid problems by taking the drug Synarel -- or by obtaining Lupron injections.

The Mayo Clinic website discusses some of the more modern procedures for tackling fibroid issues. One process involves directing sound waves at fibroids while the patient is inside an MRI scanner. Another technique seeks to disrupt the blood supply to fibroids – however, that can be rather risky since it can accidentally disrupt proper blood supply to ovaries and other organs.

As these alternatives indicate, women still have very few viable choices other than surgery when they want to try and improve their fibroid conditions.

Why the FDA and Others Believe Morcellators Can Be Quite Dangerous

Back in early 2014, the Food and Drug Administration issued a warning to consumers. It said that when power morcellators are used (to break apart fibroids) during myomectomies and hysterectomies, they can help spread cancerous tissues into nearby abdominal and vaginal areas. An estimate was made that about one women out of every 350 (1 in 350) probably has some form of cancer present in their uterine tissues when fibroids are being removed.

The three types of cancers most likely to be present are endometrial sarcoma, leiomyosarcoma, and myelesarcoma. If any of those cancers are present and spread around through morcellation, a woman’s remaining time to live can be greatly shortened.

In November of 2014, the FDA updated its findings about morcellators and began requiring all companies selling them to provide a “black box warning” on the products. It had to indicate that using morcellators to remove fibroids can increase a woman’s chance of spreading any cancer she may have to other bodily tissues.

Like many other women, Donna Burkhart voiced various lower abdominal complaints prior to undergoing a 2014 hysterectomy. Since she chose to have her entire uterus removed, she probably felt very optimistic about her long-term recovery prognosis. However, just seven days after her surgery was completed, she was diagnosed with the uterine cancer known as myelosarcoma. She had no prior history of cancers before this operation.

Nevertheless, Donna Burkhart died just eleven months after the power morcellator was used during her hysterectomy. She was only fifty-three years old. Her husband Scott chose to settle her wrongful death lawsuit against Lina Medical rather than to take it to a jury trial.

While companies that have sold power morcellators in the past may remove them from the marketplace at any time, here are some of the names you may want to search for in your medical records if you wish to sue:

In October 2015, the Judicial Panel on Multidistrict Litigation pooled several morcellator cases filed against Johnson & Johnson’s Ethicon unit together. They will now be argued before the    U. S. District Court for the District of Kansas -- in front of Senior District Judge Kathryn H. Vratil. As of March 2016, there were about 31 Ethicon morcellator cases pending before this judge. A total of about 100 cases, including new ones, were ready to be filed.

Depending on the facts of each individual case, most plaintiffs (or their surviving family members) generally set forth similar complaints regarding their personal injuries. These arguments include but are not limited to:

involved with using a morcellator;

Settlement Amounts Involved in These Cases Can Greatly Vary

While each case can vary to some extent, a few parties outside these lawsuits have expressed surprise that some Ethicon cases were settling for as low as $100,000 – while others were negotiated closer to one million dollars. Parties familiar with the negotiations say that these exact dollar amounts were often tied to a woman’s age, how many children she had, and her current medical condition.

Although Johnson & Johnson’s Ethicon unit became the dominant marketer of morcellators in the United States, it had many competitors. Once Ethicon learned about its products’ dangers, it withdrew them from the market in July of 2014.

If you need help deciding whether you’re qualified to file a power morcellator lawsuit, be sure to contact our experienced personal injury attorneys.

I'm Ed Smith, an experienced Sacramento personal injury attorney. If you have suffered a serious personal injury, please call me at 916.921.6400 for free and friendly advice.

I'm a member of the Consumer Attorneys of California and The Million Dollar Advocates (an organization of lawyers with Million Dollar Verdicts and Settlements). I'm also a member of The Brain Injury Association of California, and the Capital City Trial Lawyers Association. I hope you’ll have time to review my firm’s reviews on such websites as Avvo,  Yelp.  In addition to practicing law for the past 30 years, I created www.AutoAccident.com, a comprehensive online personal injury resource. Be sure to visit our site.

Finally, rest assured that you don’t have to pay us any fees if we do not win your case.  Here are some of our previous verdicts and settlements.

Please give me a call anytime by dialing (916) -921-6400. You can also simply “click on” this link and tell us more about your injuries. We promptly return every call. If you prefer, I can also visit you in the hospital or at your home.  We look forward to hearing from you.