Why is this important?
Home
About Us
Kimberly J. Black 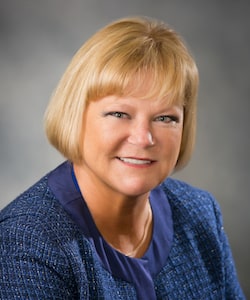 Although born in Pennsylvania, Kimberly considers herself a California Native since moving here at three years old. A graduate of Cal Poly, Pomona with a BS in Social Services and Minor in Criminal Justice and Corrections. After running her own business for many years, she returned to school, earning her JD at Western State College of Law, Fullerton.

Kimberly was admitted to the California Bar in 1990 and is also admitted to U.S. District Court (Southern, Central, Eastern and Northern Districts). Kimberly’s areas of law include personal injury, landlord/tenant, premises liability, general civil liability and construction defect. Her past experience in handling both Plaintiffs and Defendants allows Kimberly to approach and evaluate cases from a well-rounded prospective.

An avid equestrian with multiple World and National titles to her name, she can often be found on horseback in her free time. When not being bossed around by her very spoiled miniature dachshunds, Kim enjoys going to concerts and traveling to warm climates to scuba dive or relax on the beach with a good book.