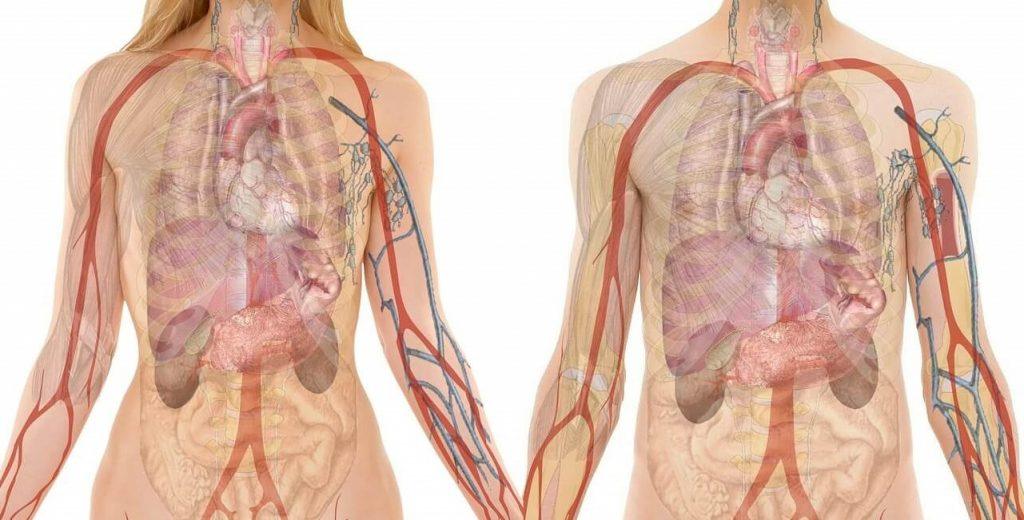 Even though burns primarily consist of skin wounds, the very process of having a burn can have systemic complications, including kidney failure. Kidney failure, also known as acute renal failure, is a severe disease that may occur in burn patients with second-degree or third-degree burns. It may occur anywhere from 0.5-30% of cases. The mortality rate for burn patients with acute renal failure can reach 100 percent.

If you or a family member has suffered kidney failure in an accident that's not your fault, you have the right to file a personal injury claim to cover your damages. Reach out to our experienced burn injury lawyers to find your legal options. We can be reached at (916) 921-6400. We offer free, friendly advice.

In kidney failure, the kidneys suffer a sudden lack of ability to filter blood, and they can no longer regulate the fluids, electrolytes, and acid-base status of the body. There are three grades of acute kidney injury:

The serum creatinine level, an extended measurement of renal health, rises dramatically, and the amount of waste products the kidney filters out in the urine is greatly diminished. The kidney also stops producing the EPO hormone that prompts red blood cell production. The higher the grade of kidney injury, the greater the death rate.

Why Does Kidney Failure Occur in Burn Victims?

The kidney injury begins to occur early after resuscitation from the burn.   It can also happen later on as a part of the multisystem organ failure in the septic patient. Early kidney injury happens because of low blood volume, inflammatory mediators, the release of protein into the bloodstream, extensive tissue destruction, and giving medications that are toxic to the kidneys.

Kidney injury is worse by not giving the burn victim enough fluids during resuscitation. Even with aggressive fluid resuscitation and normal urine output, kidney damage can still occur. This is partly because the burning man undergoes a great deal of shock shortly after being burned. The lactate levels rise, and the blood becomes less acidic; these are indicators that an acute kidney injury occurs.

Researchers have determined that the greater the burn size, the bigger the insult to the kidneys. This is why fluid must be given early and plentiful to prevent ischemia (oxygen starvation) in the kidneys. Unfortunately, too much fluid can be harmful; this can result in adult respiratory distress syndrome, compartment syndrome, pneumonia, and an increase in the chance of death.

Fluid can flood the intraperitoneal cavity, the fluid space around the abdominal organs. This can result in intra-abdominal hypertension, which can put undue pressure on the organs of the abdomen. It can result in poor lung expansion, organ failure, and decreased cardiac output.

The problem with decreased cardiac output and high pressures in the abdomen is that the kidneys get less and less blood flow to them, starting the process of kidney failure. But proper attention paid to the amount of fluid reaching the heart can make a difference in the outcome.   Adding to the presence of decreased cardiac output is the presence of high circulating amounts of tumor necrosis factor released by the muscle cells due to the burn.

Rhabdomyolysis (the breakdown of muscle cells) and hemoglobin breakdown are also causes of acute kidney failure. The kidneys were not made to withstand the impact of so much protein flowing through them, and the protein simply leaks through the kidneys. The proteins block the renal tubules, and their lack of function is the start of kidney failure. The best treatment for this condition is to give enough fluid to flush the kidney tubules out.

Patients with severe burn injuries are at high risk of systemic infection and septic shock. It is present in about 87 percent of patients with kidney dysfunction in the burn intensive care unit. The more severe the sepsis, the greater the degree of kidney failure. Sepsis increases the risk of blood clotting and causes paralysis of the smooth muscle of the blood vessels. The blood pressure drops, and there is less blood flow to the kidneys. The combination of low blood pressure and a high blood-clotting potential causes microthrombi or multiple small blood clots within the kidney tissue. This kills off the kidneys and results in their failure.

The first sign of kidney failure is a low urine output, although there are cases where the kidney is failing, and the urine output is normal. A urine sample check will show tubular casts and sloughed-off epithelial cells, indicating an origin in the kidneys themselves. Pigmented casts can be seen as a sign of rhabdomyolysis. The serum creatinine level is not a perfect measure of kidney output, but it can give the physician a clue that kidney damage has occurred. Kidney failure is identified through a series of blood tests.

The Treatment of Kidney Insufficiency

The key to preventing kidney failure is early recognition and management of the underlying causes of the process. This means increasing the fluid intake to keep blood flowing through the kidneys and possibly using medications called vasopressors to raise the blood pressure to push more fluid through the tubules.

As for the later onset of kidney failure, this is usually caused by sepsis. Aggressively treating this bacterial infection of the blood can prevent kidney failure. This means judicious use of antibiotics and vascular support to prevent the kidneys from losing blood flow. Kidney transplantation may be the only cure for kidney failure in many cases.

A severe burn can severely impact one's quality of life and need long-term treatment. Anyone who has suffered a burn injury due to the negligence of another should contact an experienced lawyer today.

Other Causes of Renal Failure

Failure of the kidneys can be caused by other health conditions as well. High blood pressure and diabetes are the most common causes of chronic kidney failure. High blood pressure and diabetes both damage the kidney's nephrons which are responsible for filtering out the toxins in the body's fluids. See a medical professional if you want to control your blood pressure. Medication, diet, and exercise can all aid in the process. Along with the increased risk of diabetes and high blood pressure, the risk of failure rises at about 65 years of age. Kidney failure may lead to a need for dialysis treatment; this is having a machine filter and purify the blood in your body for you.

Diagnosed with kidney failure after suffering a burn injury in an accident? Attorney, Ed Smith, can help you recover compensation for your medical expenses, lost income, and pain and suffering. Get started today by calling (916) 921-6400 or (800) 404-5400 for free, friendly advice on your case.

Editor's Note: This page has been updated for accuracy and relevancy [cha 5.25.22]

Image by Gerd Altmann from Pixabay [cs 1321]
Contact Us
Search
Personal Injury
Client Reviews
★★★★★
"Me and my wife; had a car accident. We were amazed how easy, professional, friendly attorney Ed Smith is along with his staff. Everybody is amazing. Thank you so much, we are very impressed!" Alex & Dinah M.
★★★★★
"Ed Smith and his office team took on a difficult personal injury case on my behalf and for the passenger in my car. Ed is a top- notch attorney. His staff couldn't have been more helpful and kind. No need to look elsewhere. I give Ed Smith my highest recommendation." Beverly
★★★★★
"Ed and Robert have been taking great care of my husband and I for the past 5+ years. They are always there when you have a problem and a quick resolution! Even when the issues have nothing to do with them. They are willing to help ease the pain off your shoulders. They are as good as it gets! Thank you again for everything." Annie T.
★★★★★
"Very professional. Great team, staff and service all around. Mr Smith was very honest, straight forward with his advice. He gives the word "attorney" an honest reputation. I will seek his council anytime, and would recommend him at the drop of a dime." Jeremy M.
★★★★★
"I would highly recommend Ed Smith to any friends or family in need of a personal injury attorney. Ed, and his staff, are very caring on top of being very experienced in this field. The staff always keeps you informed of the status of your case and they are always easy to reach by phone." Shannon D.
★★★★★
"Edward Smith law offices provide competent, thorough, and personable help for victims of personal injury. When you first meet the staff you know you contacted the right office. This law office treats clients like people. I recommend this office to anyone seeking representation regarding personal injury." David M.
View More
Submit a Law Firm Client Review