Why is this important?
Home
About Us
Jeffrey Fletterick 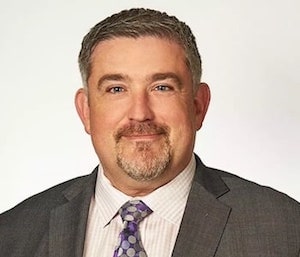 Jeffrey Fletterick is an influential attorney who has dedicated his life advocating for people who were injured in accidents through no fault of their own. He is passionate about protecting his clients' rights to fair compensation through a settlement and, when necessary, litigation so they can get their lives back to normal.

Throughout his legal career, Mr. Fletterick has fought for justice on behalf of his clients and their families against big corporations that won't own up to their own mistakes. Because he refuses to back down in court, Mr. Fletterick has been named a Rising Star by Sacramento Magazine, a Top Attorney in Roseville, Rising Star in Litigation, and Northern California Super Lawyer 2014, 2015, 2018, 2019.

Mr. Fletterick graduated from McGeorge School of Law in 2005, where he earned an Academic Award of Excellence, Honors at Entrance, and made the Dean's List. Not only was he recognized academically for his leadership skills, but he was also named President/Captain of McGeorge's Rugby club.

He followed the legal career path after realizing there is a need for change when he saw the truth in Henry David Thoreau 's quote, "Whatever the human law may be, neither an individual nor a nation can commit the least act of injustice against the obscurest individual without having to pay the penalty for it."

It's an unfortunate truth that the law strives to give everyone equal treatment, but because access to justice is dependent on your wallet, it can have the opposite effect in practice. Mr. Fletterick proudly represents clients on a contingency fee basis. This ensures that injured people who can't afford a lawyer can still have access to the same trial courts as billionaires.

Mr. Fletterick is admitted to both the California State Bar and Texas State Bar. He has successfully advocated for his clients in multiple appellate courts, more than 20 different Superior courts, and the Federal Northern District, Eastern District, and Southern District Courts.

Mr. Fletterick's wife and three children understand his dedication to working long hours and fighting for his clients. He enjoys spending his free time with his family at swimming, lacrosse, and water polo competitions. He is a member of the NRA, California Waterfowl Association, Ducks Unlimited, and is an active hunter.

The most fulfilling part of his life besides his family, perhaps, is knowing that he has helped thousands of people through some of the most challenging times of their lives.