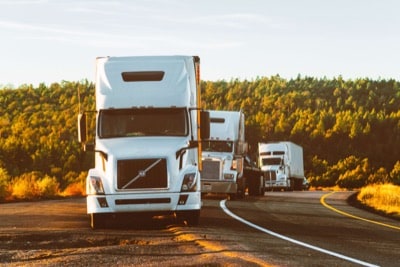 J.B. Hunt Transport is one of the largest shipping companies in the United States. As of 2019, it earned approximately $730 million on more than $9 billion in annual revenues. The company has more than 12,000 trucks and about 25,000 employees, and tens of thousands of trailers and large shipping containers.

J.B. Hunt was founded in Arkansas in the early 1960s and was operating nationwide within a couple decades. These days, most of its revenues and profits come from “intermodal shipping” operations that employ large cargo containers that can be moved between various “modes” of transportation, including truck, railroad, and cargo ship. Even with these modern changes to its operations, J.B. Hunt remains the third-largest trucking company in the United States.

When a company has that many employees moving that much cargo on that many trucks, accidents are bound to happen.

Truck drivers and trucking companies become involved in accidents for various reasons, and the most significant one is simply the number of miles spent on the road. J.B. Hunt Transport has thousands of trucks putting on more than a billion miles on the roads each year. According to federal regulatory data, in recent years, that has translated into an average of about 20 accidents per year, resulting in fatalities and 250 to 300 accidents per year, resulting in serious injuries.

While J.B. Hunt says (as of 2019) that it doesn’t hire drivers straight out of trucking school, it apparently only requires three months of driving experience for its new hires. So, although the company apparently doesn’t hire completely inexperienced drivers, it also doesn’t require a great deal of time behind the wheel.

Despite its being one of the largest trucking companies in the country (or perhaps because of this), J.B. Hunt Transport does not get particularly stellar reviews as a place to work. One rating and review service for truck drivers puts the company’s overall employee satisfaction at 3.4 out of 5 and its rating for “fair pay” at a meager 2.6 out of 5. As with most industries, low pay means more frequent employee turnover, which is never good for getting full compliance with training, safety, and accident-avoidance programs.

The news clip below reports on a deadly accident in Arkansas involving a J.B. Hunt truck driver.

Personal injury claims stemming from accidents with trucking companies like J.B. Hunt Transport are very different from the typical motor vehicle collision that we may see on highways and city streets. Passenger vehicles have safety designs intended to protect occupants from impacts with other similarly-sized vehicles. The average new passenger car as of 2010 weighed just a bit over 4,000 pounds or about two tons. However, a typical tractor-trailer rig weighs about 15 to 17 tons empty and as much as 40 tons when full – 20 times as much as a passenger car. It’s pretty easy to see why a passenger car being struck by a big rig truck doesn’t have much of a chance to protect its occupants from injury – it's simple physics. This is why accidents involving trucks are far more likely to cause death or serious injury than accidents involving only passenger cars.

When it comes to personal injury claims, the single biggest factor in claim value is the severity of the injuries suffered. More serious injuries result in larger claims valuations, which results in larger settlements and jury verdicts.

Additionally, juries are often more generous with personal injury verdicts awarded against major corporations like J.B. Hunt Transport, especially corporations with wide-scale transportation operations like major trucking companies – the companies know the seriousness of the injuries that can result from negligent drivers on their payroll.

How Are Cases Against J.B. Hunt Different from Other Personal Injury Cases?

Personal injury claims, litigation, and trials against major trucking companies like J.B. Hunt Transport are significantly different from “typical” motor vehicle accident injury cases. Roadway accidents involving large trucks are typically more serious and more complicated than a simple “fender bender” incident. This is especially true of truck accidents on highways. The weight and speed make braking and control much more difficult with these large trucks, more often resulting in accidents involving multiple vehicles being hit, with complicated accident mechanics and vehicle trajectories. Simply proving how such an accident may have occurred may require retaining accident investigators, engineers, and accident reconstruction experts. These can be complicated cases for proof of liability.

Accident cases with major trucking corporations like J.B. Hunt Transport are often ones involving huge amounts of documentary evidence and data that must be thoroughly reviewed and analyzed. This can include everything from digital event recording devices on the trucks to thick stacks of driver training records, driving histories, compliance with safety programs, etc. It is important for anyone who seeks legal representation for injuries from a trucking accident that they select a personal injury attorney who is experienced in these types of cases and who has the skills and resources necessary to properly handle them.

How an Injury Lawyer Can Help

If you or a member of your family is injured in an accident involving a J.B. Hunt Transport truck, be sure to look for help from an experienced personal injury attorney. As we described above, personal injury claims resulting from truck accidents are often much more complicated and difficult to successfully resolve than most types of traffic crash incidents. They frequently have greater value due to the seriousness of the injuries they cause. The Law Offices of Edward A. Smith – AutoAccident.com -- has been handling major personal injury cases, including trucking accidents involving companies like J.B. Hunt Transport, Inc. since 1982.

Photo by Quintin Gellar from Pexels