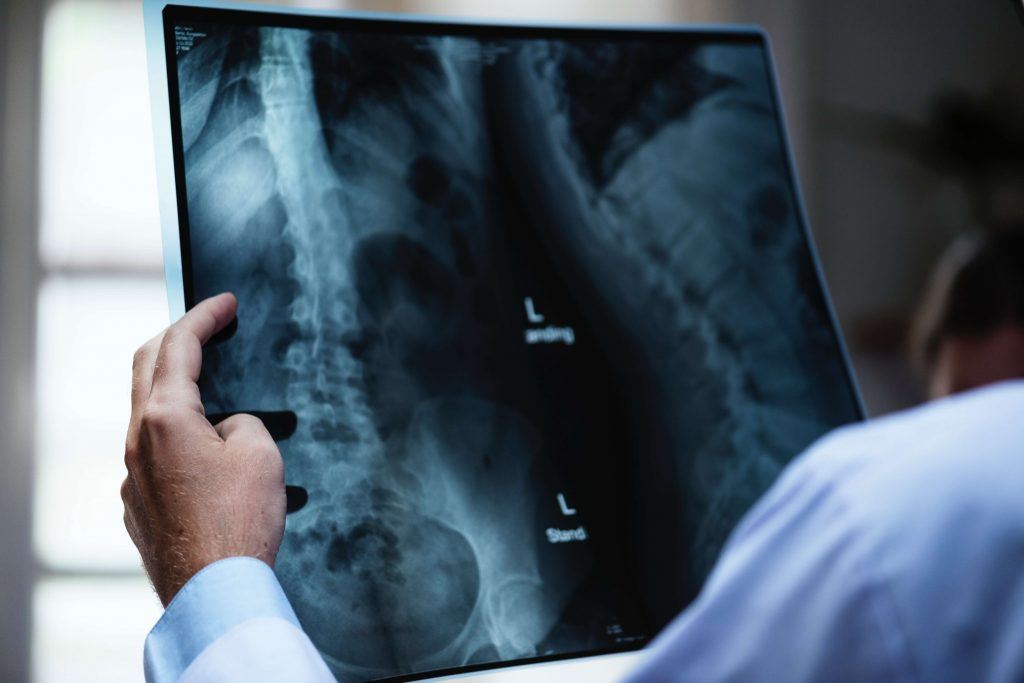 It typically takes a tremendous amount of force to fracture the femur. However, this can become significantly easier if the bones have been weakened. This condition, known as osteoporosis, can increase the chance that someone could suffer a femur fracture. A published study demonstrated how much easier it is to fracture an osteoporotic bone in a traumatic event.

It’s not exactly a secret that elderly people appear to suffer bone fractures more often than their younger counterparts. While the body starts to break down with age as a whole, osteoporosis plays a significant role in the disparity of fractures between older and younger individuals. Osteoporosis is a term used to describe a decrease in the bone mineral density of a certain portion of the body. The greater the bone density, the more calcification there is in that bone per unit area. Denser bones are heavier and, therefore, can more easily resist high-energy forces without breaking. As people age, the body struggles to deposit calcium into the bones, decreasing this bone density. Medical professionals can measure bone mineral density on a DEXA scan, and individuals found to have a reduction in their overall bone mineral density are diagnosed with osteoporosis. Osteopenia is a term used to describe the zone between normal, healthy bones and osteoporotic bones.

While it makes sense that individuals who have been diagnosed with osteoporosis are at an increased risk of suffering fractures and other traumatic injuries in an auto accident, this hypothesis has not been studied in the past. One study sought to alleviate this. The study was designed as a prospective cohort study. This means that instead of simply looking backward in medical records, they tracked people as they came in, making for a more objective review. The study followed over eight thousand women and almost six thousand men for over nine years and five years. If these individuals suffered a fracture, it was noted that the individuals could be compared against each other by their bone mineral density once the study was concluded.

Watch YouTube Video: Osteoporosis-3D Medical Animation. This educational video provides an up-close look at how the process of osteoporosis occurs.

How Were Fractures Measured?

Because the study focused on osteoporosis, the bone mineral density of each participant was graded. Individuals all received a DEXA scan of their hip or spine, as is the usual medical protocol in a physician’s office. An individual who suffered a fracture, such as a femur fracture, was confirmed using imaging procedures. Various imaging modalities may be employed, such as an x-ray, CT, or MRI scan. The fractures were classified as high-energy ones without knowing the individual’s bone mineral density (such as a truck accident) or low-energy ones (such as a slip and fall injury). It was important to hide an individual’s bone mineral density to not skew the results when researchers tally the results.

What Were the Results?

Over the course of the study, over 250 women and close to 100 men sustained a fracture due to high-energy trauma. Over 3200 women and close to 350 men suffered fractures from low-energy sources. The results of the study were consistent across both genders. If someone had a low bone mineral density (classified as greater than one standard deviation less than the average bone mineral density), they had a significantly increased risk of suffering both a high-energy fracture and a low-energy fracture. This means that people with osteoporosis are at an increased risk of suffering a fracture if involved in an accident.

What Does This Mean?

As individuals age, the body struggles to deposit calcium into the bones. This leads to a weakening of the bones. In women, this risk is even higher. When women go through menopause, the body loses its source of estrogen. Estrogen is an important component of bone mineral density, and without this hormone, women struggle even more to produce strong bones. This is one reason why so many more women were in the study and why they sustained fractures at a much higher rate than their male counterparts. It is essential to consume enough calcium while younger to ensure bones are stronger during the later years.

Those involved in an accident have a higher chance of suffering a femur fracture if their bones are weaker. Future studies should try to break down the fractures by their individual type to determine which bones are more commonly osteoporotic and more widely fractured in auto accidents. This study is an important initial step towards quantifying just how much osteoporosis increases the risk of fractures. Furthermore, individuals who fracture bones at an older age often have a more difficult path to recovery.

Those diagnosed with osteoporosis are at an increased risk of suffering bone fractures and other traumatic injuries in a car crash. If you've been injured in an accident, call us for free, friendly advice at 916.921.6400 or (800) 404-5400.

See our client ratings on Avvo, Google, and Yelp and our past cases on our Verdicts and Settlements page.

Editor’s Note: This page has been updated for accuracy and relevancy [cha 8.26.21]