Why is this important?
Home
Resources
Safety
Impaired Drivers and Auto Accident Statistics

As of 2018, driving anywhere in the United States with a Blood Alcohol Content (BAC) of 0.08 is considered alcohol impaired. Drivers should know that they can still be attested even if their BAC is under 0.08%. That's because impairment begins after the very first drink.

Below are some statistics and an informational graphic. Please feel free to share this with anyone who may benefit from it. 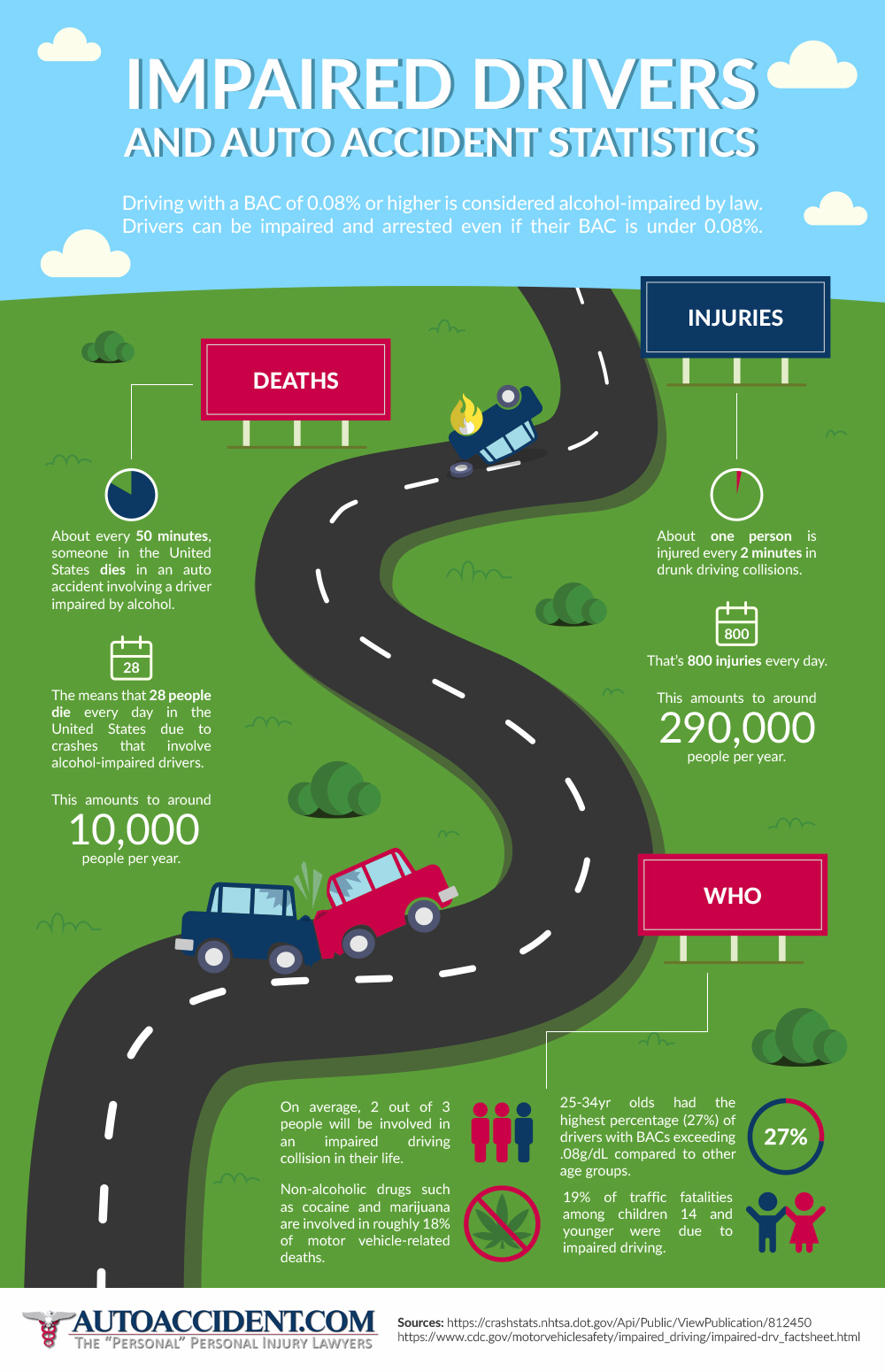 InjuriesUnfortunately, there are around 290,000 people injured in drunk driving collisions every year. That's an average of around 800 people every day. One more way to look at it is an injury every 2 minutes.

Tragically, 19% of traffic fatalities among children 14 years old and under are victims of an impaired driver.

Alcohol isn't the only thing impairing drivers. In addition to alcohol-impaired driving accidents, non-alcoholic drugs like marijuana or cocaine are involved in approximately 18% of motor vehicle related deaths.
Don't be a statisticAs personal injury attorneys, we hear from people injured by drunk drivers all the time. Their lives are forever changed and the people who hit them usually get sued and sent to prison. Impaired drivers cost $44 Billion every year. All motorists have a duty of care to reasonably protect others on the road and around them.