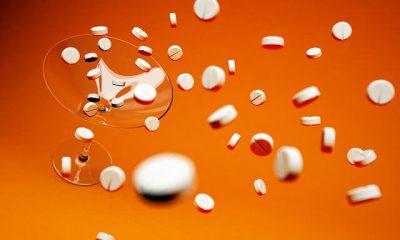 Have You Suffered From Heart Problems After Using Imodium?

Deciding to file a lawsuit against a large, powerful drug corporation for injuries caused by taking its dangerous products is a daunting prospect. It may seem like a waste of time given "Big Pharma's" deep pockets.  But consumers who have suffered health problems caused by defective or dangerous medications can often be financially compensated with the help of an experienced drug products liability lawyer.  Drug companies should be held accountable for reaping enormous profits from selling dangerous products.  Expert legal representation can assist you in recovering monetary damages if you suffered cardiac issues caused by of Imodium.

Imodium is an anti-diarrheal medication marketed as a means to control symptoms of diarrhea, including that which is often acquired during international travel by the consumption of contaminated water and food items.  Imodium is intended to be used for situational or episodic, not chronic, diarrhea.

Brand names under which Imodium is sold include:

How Does Imodium Work?

Imodium binds to opioid receptors within the digestive tract.  This mechanism slows digestion, which results in stools becoming more solid.  This is the reason people using prescription opioid medication often suffer from constipation.

Though it is not an opioid, Imodium can heighten the effect of opioid medications when taken concurrently.  Because it operates with some similarities, people suffering from opioid addiction, have discovered that high doses of Imodium and similar over-the-counter (OTC) medicines can produce an opiate-like high.  The active ingredient within Imodium, Loperamide Hydrochloride, produces euphoria in high doses.  Information on how to achieve euphoric effects became easily accessible via the internet, leading to an increase in overuse by people suffering from addiction and young people.

The maximum approved adult daily dose is 8 milligrams OTC and 16 milligrams prescription. People that were abusing the medication for opiate-like effects took 50 - 300 milligrams. While there have been some instances of accidental overdose, most reports to the FDA of adverse events are related to people overdosing on purpose - for example, using loperamide to manage opioid withdrawal symptoms or to produce euphoria.

Between 1976 and 2015, 48 instances of severe heart problems related to loperamide use, which resulted in 31 hospitalizations and 10 deaths, were reported to the Federal Drug Administration (FDA).

Litigation against Imodium, which is manufactured by Johnson and Johnson Consumer Inc., and Janssen Pharmaceuticals Inc. is in the planning and research stage.

Opioid addiction is a big problem in the United States, with over two million people addicted to painkillers.  Imodium, available widely over the counter, may contribute to the opioid epidemic. Because the opiate-related effects of misuse are so widely known, regulation beyond that which currently exists may be necessary to protect consumers.

If you or a loved one has suffered adverse cardiac health effects caused by the use of Imodium, and negligence against the manufacturer can be proven, a lawsuit could result in the following:

Damages sought in an Imodium lawsuit will depend on many factors, including the severity of the physical problems that were caused by the medication.

In 1976, Imodium received market approval from the FDA.  It has been available over-the-counter in the United States since 1988. In 2010, the FDA started receiving reports of serious negative events due to misuse.

In 2016, the FDA issued a  safety alert warning users, doctors, and pharmacists about the dangers of accidentally or intentionally overdosing on anti-diarrheal medicine.  Prescription and OTC loperamide, more commonly known as brand name Imodium A-D, can cause serious cardiac issues with increased risk of death. Consuming higher than the recommended amount of loperamide could result in abnormal heart rhythms and/or other serious cardiac conditions.  Overuse may also result in adverse interactions with other medications.

In 2017, a Heart Alert warning was included in the Drug Facts labels of loperamide.  It warned that taking more medication than directed could lead to potentially fatal heart problems. Health care providers were alerted to consider an overdose of loperamide if a patient presented with sudden heart symptoms of unknown origin and no known prior cardiac history.

When taken in doses beyond the advised amounts, Imodium may result in the following heart issues:

Many of the above issues are serious and can lead to death.  Obviously, the risk of cardiac arrest is a concerning potential side effect.

The risk of cardiac complications may be amplified when loperamide is taken in combination with other medications, such as the following, which are listed by brand names with the generic term in parenthesis:

What To Do If You Are an Imodium User

Never take more than the recommended dosage of Imodium or any other drug.  Reported adverse effects of Imodium have been related to the use of high doses, beyond that which is advised as the daily maximum.

If you or someone you know has taken more than the allowable daily dosage of Imodium, look for signs of overdose and seek medical attention immediately.

The FDA requests that consumers and physicians report any adverse events associated with the use of loperamide here, or by calling 1-800-332-1088.

Below is a news clip reporting on the FDA's concerns about the misuse of Imodium.

Because there are so many complications and complexities associated with dangerous drug products litigation, it is important to seek out an attorney with vast experience in the field. "Big Pharma" corporations have nearly endless financial resources with which to vigorously defend claims made against their dangerous products.  If you or a loved one suffered cardiac issues following the use of Imodium, it is in your best interest to hire a lawyer who is not afraid to take on the drug manufacturers.

I'm Ed Smith, a Drug Products Liability Lawyer in Sacramento, California. If you or a family member has suffered from a medical condition after using a dangerous medication, please reach out to us for compassionate, free, and friendly advice at 916.921.6400 or 800.404.5400.

Many of our prior clients have taken the time to write reviews of our services.  They can be found on Google, Yelp, and AVVO.  If you are interested in some of our past case successes, have a look at our  Verdicts and Settlements page.

DISCLAIMER:  This post is intended only for informational purposes.  This document does not constitute an Agreement for Services or Retainer.  There will exist no attorney-client relationship between you and our law firm until and unless a Retainer/Services Agreement is executed. The information obtained from this site is not, nor is it intended to be legal or medical advice.  Never discontinue any medications without first consulting your physician.