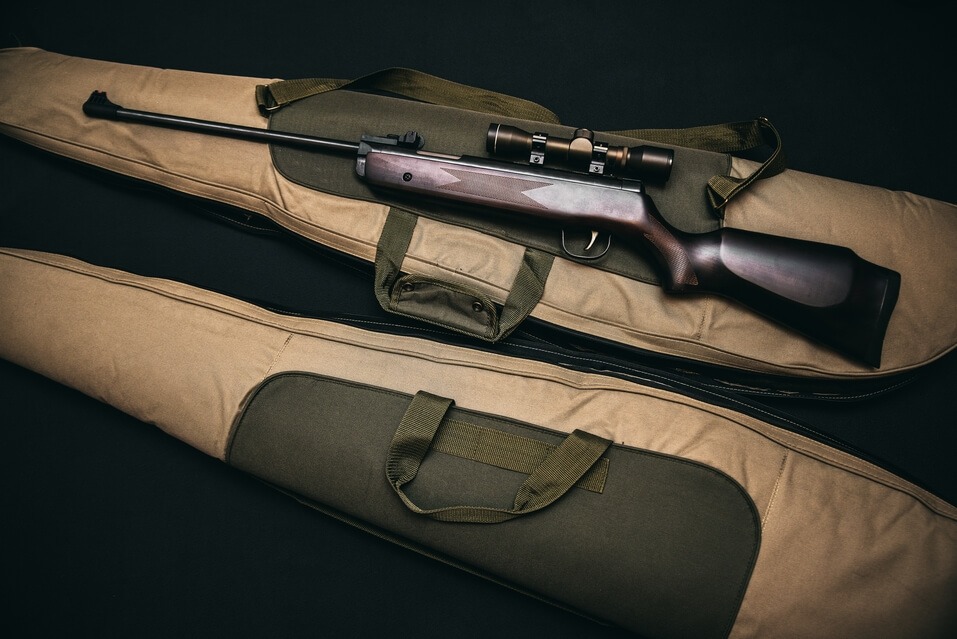 The degree of injury by a bullet depends on the mass, velocity, caliber, range, composition and design of the bullet.  It also depends on the specific gravity of the tissue so that those with a higher tissue specific gravity have more tissue damage.  The bullet can draw in pieces of clothing and skin into the wound and the missile creates a permanent cavity in the wound that represents crushing of the adjacent tissue around the cavity.  High energy wounds can create a shock wave that can damage surrounding tissues.  Gases can compress, while liquids cannot.  This means there is a greater shock wave pattern in those solid or liquid components of the tissue when compared to lung tissue in chest injuries.

After assessing the ABCs, the neurological and vascular damage should be looked at.  Entrance wounds are smaller and have an “abrasion ring” around the wound.  Exit wounds are larger and tend to be irregular in shape.

X-rays should be obtained with at least two views to address where bones are fractured and fragments of bullets remain.  Low velocity missiles often have many nondisplaced fracture lines.  Doctors must look for other foreign bodies besides bullets, such as sand and gravel. There can be bullet fragments quite a distance away from entry and exit points.

Antibiotics must be given as soon as possible, such as cephalosporins.  Tetanus toxoid and tetanus antitoxin should also be given.  Both the exit and entrance wounds need debriding and irrigating.  This may need to be done in the operating room if deep involvement of bone is present.  Surgery is required if the following situations apply:

Treatment of the Fracture

High velocity wounds tend to have a lot of tissue damage so that the following should be done:

Abdominal wounds that involve bowel require more antibiotic coverage and ongoing debridement of damaged tissue.  Gram-negative and anaerobic coverage should be covered for when the bowel is punctured.

Complications include retained fragments of the missile, which usually don’t need to be removed surgically unless they cause symptoms, are in the joints, are infected or are extremely superficial. Draining sinuses can occur if a fragment gets infected.  These aren’t sterile injuries as once believed because skin flora can bet inside the wound.  This means that meticulous debridement is necessary to clean out dead debris.

Because of the shock waves in missile injuries, there is a high risk of neurovascular injuries in these types of injuries. Neural and vascular structures can be disrupted.

If the missile lands in synovial or cerebrospinal fluid, these areas are caustic to lead bullets and lead can break down leading to lead poisoning over time.  This is why these types of foreign bodies need to be removed, regardless of whether they have symptoms o