Getting Colossus to Pay Up: Prognosis and Permanent Impairment 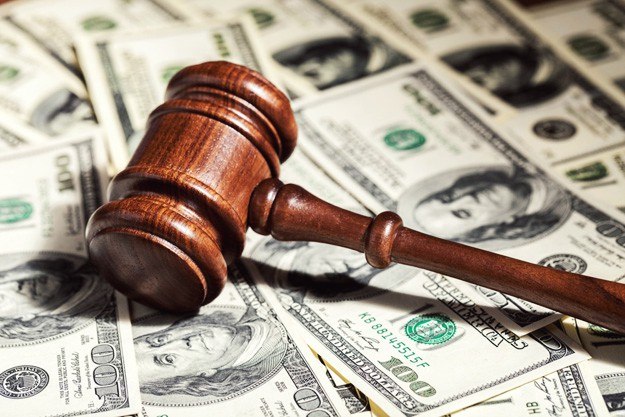 Insurance companies are well-known for providing low-ball offers to injured parties, especially if they have no attorney. The situation is only worse now that COVID has caused so much chaos in the Courts and economy.

We've learned that insurers rely primarily on Colossus and similar software programs to calculate and justify these ridiculous offers. Without a solid foundational understanding of how Colossus values or devalues claims, it is impossible to counteract this strategy.

Luckily, AutoAccident.com has decades of experience, and we know just how to maximize the Colossus value. That doesn't necessarily mean we will recommend you take what Colossus offers. Sometimes, even after we attempt to max out value, the offer is still too low. Today, we will examine a related pair of the best, and most overlooked Colossus "value drivers" - Prognosis and Permanent Impairment.

After a course of treatment for an injury, a treating physician is supposed to give a "prognosis," or a forecast of the likely course of the injury in the future. Basically, the doctor gives an idea of how successful the treatment was at healing an injury.

In the medical records and reports, prognosis is usually stated in terms of "Good," "Poor," or "Guarded." It is up to the treating physician to make a prognosis for an injury, and the language they use directly affects the value Colossus assigns or doesn't assign to the claim.

Crucially, prognosis must be given for each individual injury. For example, a neck sprain, lumbar sprain, and knee abrasion would each have their own prognosis statement. It makes sense – each injury requires different treatment, heals differently, and has a different chance of long term recovery or re-injury.

If an injury is completely healed, the treating physician should give the duration of each individual injury. This is the only way to get the Colossus system to allocate the proper amount of severity points for pain and suffering. Without the duration of injury, clients will miss out on a large amount of value because Colossus simply won't recognize it.

How Does Prognosis Affect Claim Value?

According to Mark Romano, who was formerly in charge of all Colossus "tuning" at Allstate, the prognosis rating is actually the #3 value driver in the entire Colossus evaluation. This means that an adequately rendered prognosis will have a significant impact on the value of the claim. It also means that an improperly rendered prognosis will receive no value and leave a large amount of potential recovery money on the table.

Mr. Romano also revealed that many doctors do not state prognosis ratings in a way that Colossus will value. While physicians typically use the good/guarded/poor ratings, Colossus has its own set of five prognosis categories:

The physician's prognosis statements won't be counted if they do not fit into Colossus's categories.  To make matters worse, the adjusters typically won't reveal if any of this information is missing. They won't tell you how to get more money out of a claim; they will simply assign no value and leave the injured party scratching their head over the low-ball claim value.

What is Permanent Impairment?

Permanent Impairment refers to the lasting effect of an injury that prevents someone from living a normal life. It is stated as a percentage score, i.e., "10% permanent impairment," based on the American Medical Association's Guide to Permanent Impairment, 5th edition.

For Colossus, the percentage rating is used in a mathematical formula to determine a dollar value range. These effects are valued in terms of Economic Damages – things like lost wages and working capacity, and Non-Economic Damages – pain and suffering.

The economic damages of a permanent impairment rating are the #1 value driver in Colossus. The damages are calculated using something called "work-life expectancy," which refers to the average number of years a person is expected to participating in the workforce and earn money. This average number is used to generate the amount of money the injured party would have made at their present employment if they weren't injured.

To calculate the value of the lost work-life, the simple formula is to multiply the impaired person's salary plus benefits by the number of years lost until retirement age. For example, a person making $50,000 per year who was left with a physical impairment would have a ballpark lost work-life expectancy decrease of $50,000 x 13 years lost = $650,000.

The final step is to calculate the diminished earnings of the injured party. When the injured person was able to work, it is highly likely that they operated in a diminished capacity due to the injuries. This reduced capacity results in lower wages, less opportunity for advancement, and a host of other problems.

The Bureau of Labor Statistics gives an average diminished capacity of 33% during the remaining work life of an impaired person. This means that the injured person is entitled to an additional 33% of the value of their labor for the rest of their remaining work-life. In certain situations, it may make sense to hire an economist to make a report on the future financial life of the injured person.

An AMA Permanent Impairment Rating is the #1 Value Driver in Colossus, and it is also the most overlooked and unused. The formula used to calculate value uses the impairment rating to get a percentage of a severity point score and reduces it proportionally by an "age discount." The formula looks like this: 150,000 Colossus Severity Points x AMA Impairment Percentage x Age Discount.

Keep in mind that "age discount," refers to a savings for the insurance company, not the injured party. Basically, the discount is made to account for less remaining potential work-life and potential years spent suffering due to age.

Once a total number of severity points has been reached, Colossus uses its tier system to assign a value to each point. Colossus sorts claims into nine tiers based on the number of injuries and severity.

Based on Colossus' own Tier system, our example impairment rating alone is worth $7,875 to $45,000.  This means that failing to provide permanent impairment information leaves all that money on the table!

An actual adjuster evaluates the permanent impairment value of these kinds of injuries. Even Colossus recognizes when it is completely unable to properly evaluate the seriousness of an injury's impact.

How Are Prognosis and Permanent Impairment Related?

Prognosis and Permanent Impairment are interrelated but completely different concepts. Each of them contributes its own separate value to the total Colossus valuation. Moreover, Colossus has hidden rules that affect the value determination.

Once again, the adjusters most often do not relay this crucial information to the other side, so injured parties and their attorneys are left to balk at the low value. These hidden rules make it even more critical for injured parties to have Colossus-literate representation who can manage cases with an eye for value drivers.

At AutoAccident.com, we take pride in doggedly dragging the value determination out of the insurance company's shadowy electronic backroom and into the light of day. Our study and experience with the Colossus system have led this strategy and to our proven track record of success for our clients.

Next time, we'll tackle another main value driver in Colossus - Duties Under Duress.