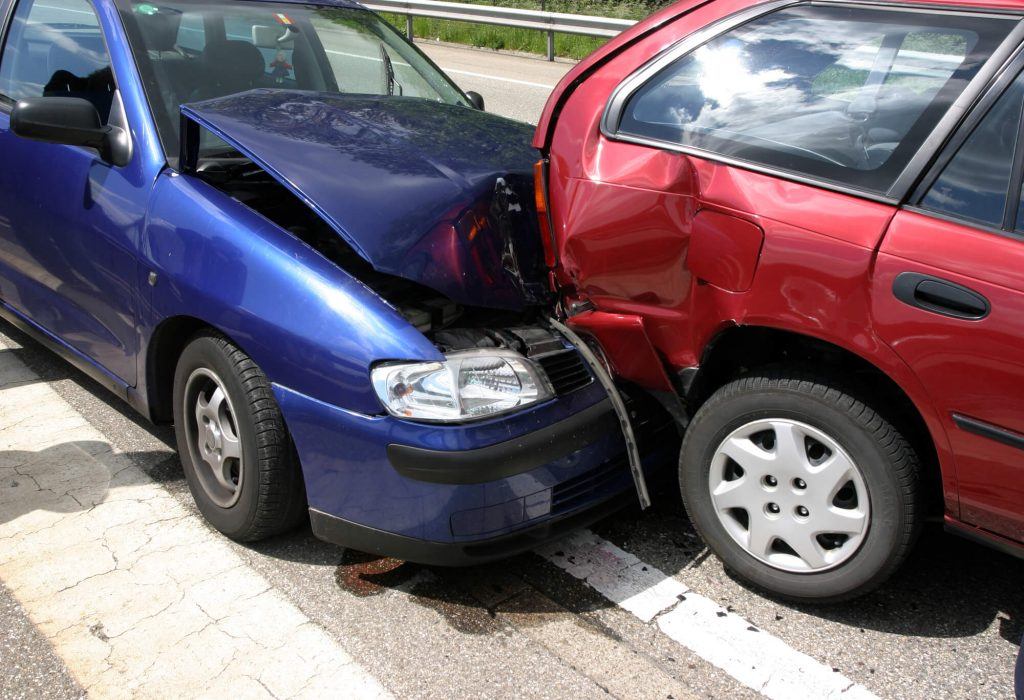 Fresno is a large city with a higher-than-average number of serious auto accidents where people suffer severe injuries or lose their lives. According to state data, the total number of auto accidents, vehicles involved in deadly car wrecks, fatal collisions caused by drunk drivers, and pedestrians involved in deadly collisions are higher than average in the City of Fresno compared to other cities in California. And the risk of being involved in a severe accident is ever-present since the city features a large, bustling population and congested roads and highways.

The streets of Fresno are quite unique. They are structured in a grid-like format leading to a compass formation. The streets are categorized by quadrants. From east to west, there is State Highway 180 Sequoia Kings Canyon Freeway. From north to south, there is the 41 Yosemite Freeway. The accident statistics in Fresno are concerning. Between 2003 and 2016, there was a total of 10,897 car accident collisions just in the City of Fresno. These collisions resulted in over 15,000 injuries and over 270 deaths. Approximately 581 car accidents involved serious injuries. Another 2,565 car accidents resulted in injuries. Another 7,499 car wrecks resulted in complaints of pain by at least one individual involved in the collision.

Where Car Accidents Occur in Fresno

As indicated above, the majority of automobile accidents occur on state highways and freeways, in addition to the Yosemite International Airport, the 41, city center, and areas surrounding Shaw Avenue, West Herndon Avenue, and Van Ness Boulevard.

A deadly car accident can happen at any time, especially when people drive drunk, drive distracted, speed, or break traffic rules on the road. Car accidents are a serious safety issue across the state. In 2017, California drivers traveled 353,868,000,000 miles. There were 3,304 deadly car accidents that year. During the first six months of 2018, fatal car accidents increased by 3%. That's 48 lives per 100,000 people in California. Car crashes are the top cause of injury deaths in the Golden State and leave thousands of people with serious injuries and permanent complications. It is every driver's responsibility to drive safely behind the wheel.

Alcohol a Factor in Many Deadly Car Accidents 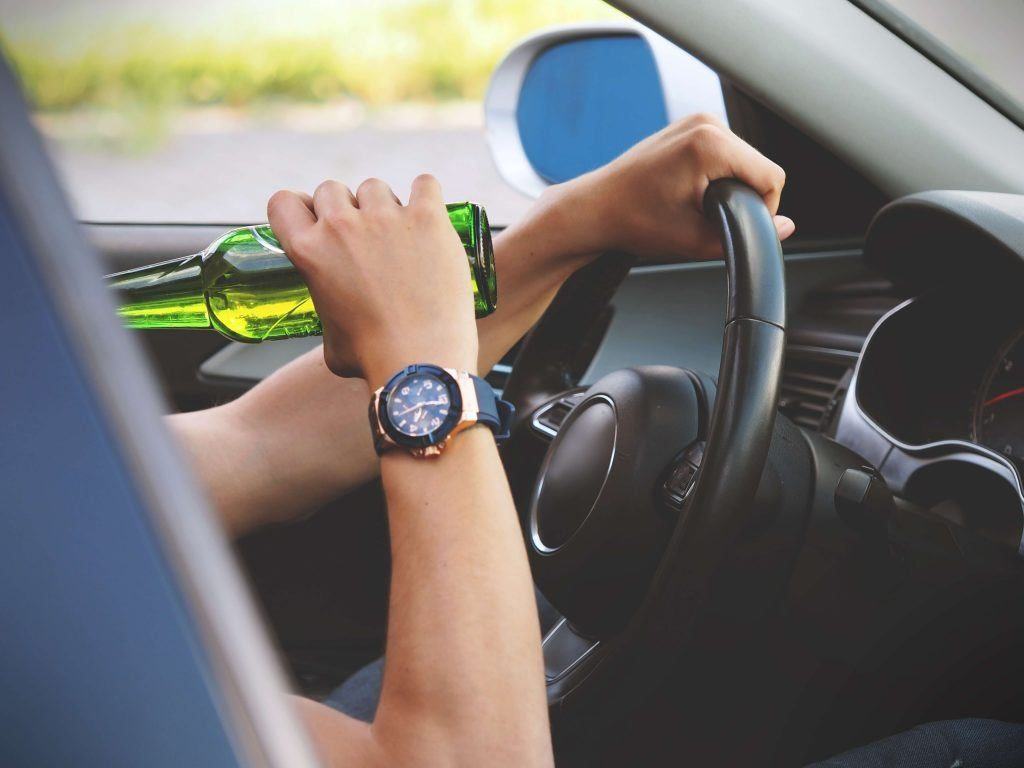 Some Fresno car accidents are just a product of fate. But many other serious collisions are the product of poor decisions and reckless behavior by another driver. A prime example is drunk driving accidents. Nationally, approximately 72 percent of drivers killed in an auto accident in 2013 were legally intoxicated. That is a shockingly high percentage. In California, roughly 78 percent of drivers who died in an auto accident had a blood alcohol content that exceeded the legal limit.

Of course, these statistics should be viewed with caution since blood tests are typically administered when police suspect that a driver had been drinking at the time of the collision. When police have no reason to believe alcohol may have played a factor, then they usually do not conduct a blood test. In addition, some states have protocols in place to test the blood of deceased drivers while other states do not. For example, a drivers blood alcohol content is rarely tested in West Virginia unless there is some evidence to indicate that the driver may have been intoxicated.

The Department of Transportation harmonized the data from different states and determined that approximately 33 percent of all drivers who died in a car accident nationwide were legally intoxicated. In California, the percentage is even higher (35 percent to be exact). The state with the highest percentage of over-the-limit driver deaths using that Department of Transportation analysis was South Carolina. West Virginia and Minnesota were ranked lowest.

Some of the most common factors contributing to deadly accidents in Fresno include the following: 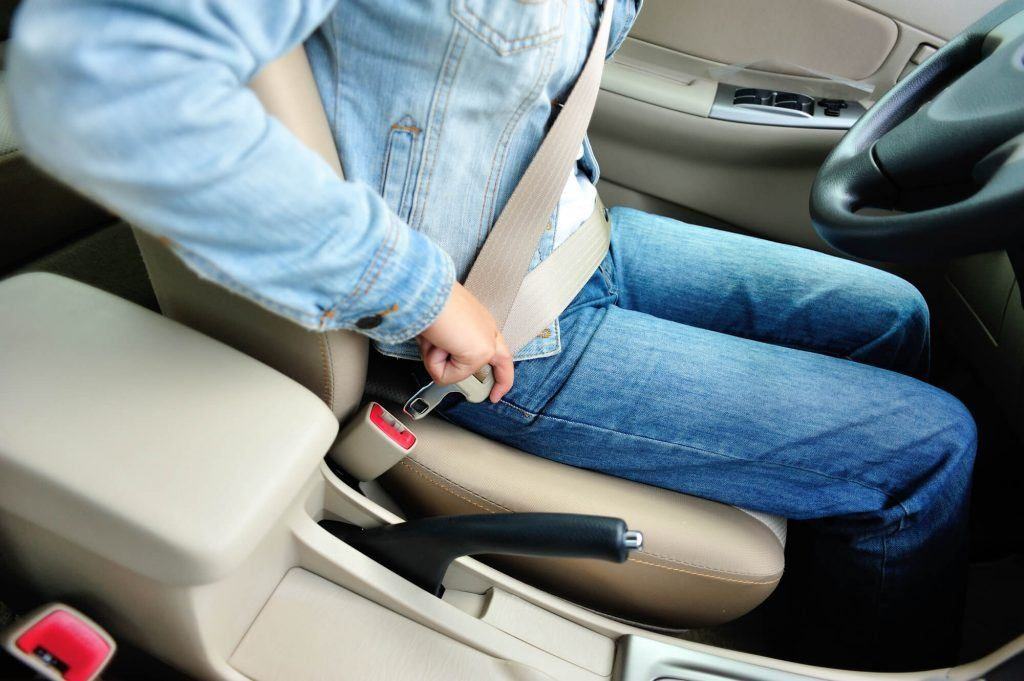 One of the easiest ways to dramatically reduce the risk of suffering a life-altering injury or death in a Fresno car wreck is to wear your seatbelt. In California, approximately 97 percent of drivers comply with seatbelt laws. However, roughly one-third of the car occupants who died in a 2013 collision did not wear their seatbelts.

Depending on the severity and type of collision, the injuries suffered by occupants of a vehicle can be debilitating and potentially permanent. Below is a list of common injuries sustained in automobile collisions:

What You Need To Do After a Car Accident

Getting involved in a severe auto accident in Fresno can be a traumatic experience. You may be consumed by the safety and well-being of your passengers (if other people were in the car with you) or your own injuries. If you are physically able, the first thing you should do is contact the police. When they arrive at the scene, you should ask the police officer to write and file a police report. You should also try to get the name and badge number of the police officer, or officers, who arrived at the scene of the accident.

In addition to obtaining info from the other driver, try to get information from any eyewitnesses. Eyewitness accounts are critical and can strengthen your Fresno personal injury case.  This is because juries often place great weight on eyewitness accounts since they are considered to be unbiased. You should try to get the full name and telephone number of each eyewitness who was at the scene of the collision.

Take Photos of the Accident Scene

Finally, seek immediate medical attention for your bodily injuries. Even if the accident was “minor” and you think you are fine, you should still get checked out by a doctor. This is because there are some “invisible” injuries that people can suffer from auto accidents like a concussion and other head trauma.

You may want to consider talking to a Fresno car accident lawyer to see if you can seek compensation for your damages.

The following video explains what you need to do if you're injured in a car accident.

What To Do When a Claims Adjuster Calls You

Do not be surprised if a representative from the other driver’s insurance company contacts you by phone. It is quite common for insurance companies to try and make contact shortly after a collision to try and offer a lowball settlement and get your claim resolved as quickly as possible. The best strategy is to avoid speaking with the representative and only make contact after talking to an experienced Fresno car accident attorney. Why? Because innocuous comments can be manipulated and distorted to make it look like the collision was your fault or that your injuries were not really that serious. And, as mentioned, they may try to pressure you into agreeing to a below-average settlement.

Once you hire an attorney, the hassle of dealing with a claims adjuster will largely disappear. This is because your attorney will be your representative and handle negotiations with the adjuster. This allows you to focus on healing and getting your life in order after the wreck.

Pursuing Financial Restitution for Your Damages

As mentioned earlier, the harms associated with a serious Fresno auto accident can be severe and life-altering. Some car accident victims have to endure weeks or months of medical rehabilitation and time missed from work (which places a tremendous financial strain on them and their families). This is why you should file a personal injury claim to pursue compensation for your harms and losses. The benefit you can seek includes reimbursement for:

You should focus on your recovery, not haggling with an insurance adjuster. The ability to bring in a seasoned attorney to advocate on your behalf is a major benefit to hiring a Fresno car accident attorney. They also have the experience and knowledge to ensure your case is thoroughly investigated, all statutory deadlines are met, and that you will have a compelling case ready to present to a judge or jury, if necessary.

Another benefit is the fact that most car accident lawyers work on a contingency fee. This is a fee structure that allows practically anyone, regardless of their income, to hire an experienced and skilled trial attorney. Under a contingency fee structure, you do not have to pay a large retainer fee or some outrageous hourly fee. Instead, you can hire the lawyer with no upfront fee. Your lawyer is only compensated when they obtain a financial recovery on your behalf, typically through a settlement or jury verdict. At that point, your lawyer receives a percentage of the overall economic recovery (which can be mutually agreed upon at the onset of your case).

I'm Ed Smith, a Fresno car accident lawyer. If you or one of your loved ones have suffered an injury in an accident, please call me today at (559) 377-7676  or (800) 404-5400 for some free and friendly advice. It is free to call and talk to me, and there is no obligation. Remember, I take my cases on a contingency fee basis which means you pay no fees upfront. I get paid at the end of the successful outcome of your injury case.

Many of our client reviews can be found on:

I am a Million Dollar Advocate and a member of the National Association of Distinguished Counsel.

Please take a moment to read some of the past Settlements and Verdicts we have obtained.

:sb bw [cs 2143]
Photos by consilior on pixabay, energepic.com from Pexels
Editor's Note: This page has been updated for accuracy and relevancy. [cha 8.21.19]
Contact Us
Search
Practice Areas
Client Reviews
★★★★★
"Me and my wife; had a car accident. We were amazed how easy, professional, friendly attorney Ed Smith is along with his staff. Everybody is amazing. Thank you so much, we are very impressed!" Alex & Dinah M.
★★★★★
"Ed Smith and his office team took on a difficult personal injury case on my behalf and for the passenger in my car. Ed is a top- notch attorney. His staff couldn't have been more helpful and kind. No need to look elsewhere. I give Ed Smith my highest recommendation." Beverly
★★★★★
"Ed and Robert have been taking great care of my husband and I for the past 5+ years. They are always there when you have a problem and a quick resolution! Even when the issues have nothing to do with them. They are willing to help ease the pain off your shoulders. They are as good as it gets! Thank you again for everything." Annie T.
★★★★★
"Very professional. Great team, staff and service all around. Mr Smith was very honest, straight forward with his advice. He gives the word "attorney" an honest reputation. I will seek his council anytime, and would recommend him at the drop of a dime." Jeremy M.
★★★★★
"I would highly recommend Ed Smith to any friends or family in need of a personal injury attorney. Ed, and his staff, are very caring on top of being very experienced in this field. The staff always keeps you informed of the status of your case and they are always easy to reach by phone." Shannon D.
★★★★★
"Edward Smith law offices provide competent, thorough, and personable help for victims of personal injury. When you first meet the staff you know you contacted the right office. This law office treats clients like people. I recommend this office to anyone seeking representation regarding personal injury." David M.
View More
Submit a Law Firm Client Review