Why is this important?
Home
Resources
The Tricks Insurance Companies Play and How We Deal with Them
Auto Coverage and First-Party vs Third-Party
First-Party and Third-Party Claims 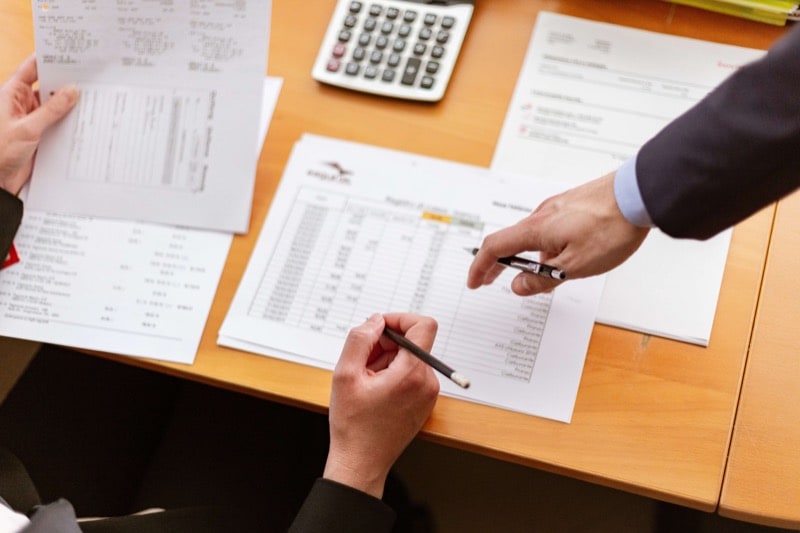 What Are First-Party and Third-Party Claims?

Depending on the nature of the incident, whether or not the injury claimant was a driver, passenger, and/or owner of the vehicle they were in, whether or not they were on the job at the time, as well as other facts, there may be multiple different first-party policies available to potentially provide coverage for their claims.

“Third-party” claims, on the other hand, are made against the liability insurance policies of the person(s) who are responsible (or “liable”) in some manner for the injuries and damages that were caused by negligent acts.  A bodily injury claim against a vehicle driver who is responsible for causing injuries, for example, is a “third-party” claim, as would be a claim against the owner of that vehicle if that was a different person than the driver.  The person who directly caused an injury may or may not be named on the liability policy.  In most situations, for example, if someone lends their vehicle to a friend who then causes an accident and an injury, the vehicle owner’s liability coverage will usually come into play even though the responsible driver is not named on the policy.  (Liability policies may, however, specifically exclude certain drivers from coverage.)  Likewise, if a person driving a vehicle causes an injury accident while they are on the job, their employer’s business liability coverage will often come into play.

As with determining available first-party coverages, figuring out which third-party policies may provide coverage for a particular incident is a crucial service that an experienced personal injury attorney can provide to clients.

What are the Differences in How First-Party and Third-Party Claims are Resolved?

Property damage claims of both first-party and third-party varieties tend not to involve a lot of negotiations, though, in instances where the insurer is being obviously unreasonable in their valuation of either vehicle repair costs or the value of a vehicle being totaled, some additional negotiations may be needed.  Third-party damage claims may take some additional time to resolve since the insurer is not obligated to pay anything until they have proof both of the vehicle damage and their insured’s liability for the claim.

Injury claims for both first-party uninsured or underinsured motorist claims and for third-party bodily injury liability claims start out much the same way with the submission of “settlement demands” to the insurance company that describe the victim’s injuries, medical expenses, wage loss, and other “damages,” as well as the legal liability of the person(s) who caused those injuries in the form of police traffic collision reports, witness statements, or other similar evidence.  There is frequently a period of negotiations with the insurance company adjuster at this point, with the insurance company either offering a sufficient sum to settle (or its entire policy limits) or not offering enough.  This is where the first-party and third-party claim resolution takes different paths.

In a third-party claim – a claim against the liability insurance of the person(s) responsible for the injuries – being unable to reach a satisfactory resolution through negotiations will usually be followed by the victim’s personal injury attorney filing suit in court against responsible person(s) -- the “defendants” -- and having them served by a process server.  Once the served defendant turns the complaint over to their liability insurer, that insurance company will be obligated to hire a defense attorney to represent the defendants, and the matter will proceed into “discovery” and “litigation.”  The ultimate endpoint of litigation is a trial, although the vast majority of claims settle before trial through mechanisms such as further negotiations, mediation, and/or arbitration.

In a first-party claim such as an uninsured or underinsured motorist claim, if a resolution of the claim isn’t reached through negotiations with the insurance company adjuster, then the next step is to demand arbitration.  Nearly all first-party policies with this coverage will require that disputes not resolved through negotiation must be submitted to binding arbitration.  The insurance company will then bring in a defense attorney to represent their interest – similar to how a liability insurer will hire a defense attorney to represent a defendant – and the sides will go through a period of information exchange or “discovery” nearly identical to discovery in a third-party lawsuit.  The ultimate endpoint of this process in a first-party claim is a binding arbitration before an arbitrator (usually a retired judge or experienced attorney) who has the final decision-making role in arbitration similar to that of a judge and jury in a third-party lawsuit.  As with third-party claims, however, most of these resolve through further negotiations over time rather than actually going through a full arbitration hearing.

Can I Pursue a First-Party Claim or a Third-Party Claim, and Which is Better?

In many cases, we may have the option of pursuing a similar claim either under our own insurance policy or against the policy of the person(s) who caused our injuries or damages.  Many times, for example, the owner of a vehicle damaged by someone else’s negligence may have the option to submit a claim under their own collision coverage (if they have it) on their auto policy or to pursue a claim under the property damage liability coverage of the person(s) responsible for causing the damage.  In a property damage situation, it is often faster to complete a claim under our own collision coverage than it is to complete a property damage liability claim against the responsible driver/owner’s auto policy.  The reason is that our own collision “first-party” insurer has an obligation to resolve the damage claim promptly regardless of who caused the vehicle damage, so we won’t have the delays that may take place with a “third-party” property damage liability insurance company that may properly require proof that their driver/owner was responsible for our vehicle damage.  We may have to pay a deductible on the collision coverage claim (although first-party collision insurers will often waive a deductible once they have confirmed that the responsible driver/owner has liability coverage), but we are likely to get our vehicle repaired or replaced more quickly than with a third-party claim.

And in yet other situations, we may end up pursuing both first-party and third-party claims for the same injuries or damages.  If a person has a significant injury claim and the responsible driver only has minimal bodily injury coverage limits, for example, the injury victim may first make a third-party bodily injury claim and exhaust those limits, then follow up with a first-party underinsured motorist claim for the remaining value of their injury claim that wasn’t adequately compensated by the responsible person’s third-party liability coverage.

Generally, first-party claims are more straightforward.  Your own insurance company has a contractual obligation under your insurance policy to cooperate with you to promptly resolve your claims that are somewhat stronger than the obligation that someone else’s third-party liability insurer has toward you.  And some of those claims, such as collision coverage property damage claims and medical payments claims, have fairly minimal proof requirements before your own insurance will payout.  This is not always the case, however, especially in uninsured or underinsured motorist claims for serious injuries where there are larger policy limits.  Insurance companies – even your own – are always willing to argue longer and harder where there are large dollar amounts involved.  Pushing them to promptly and fairly resolve your claims is a primary duty of your personal injury attorney.

For information on insurance coverages and the different types of claims under those coverages, see the links below:

See the links below to learn more about insurance companies and their claim tactics:

Photo by Oleg Magni from Pexels
:GM cha [cs 1736]
Additional Resources:
First-Party Insurers Third-Party Insurers
Contact Us
Search
Personal Injury
Client Reviews
★★★★★
"Me and my wife; had a car accident. We were amazed how easy, professional, friendly attorney Ed Smith is along with his staff. Everybody is amazing. Thank you so much, we are very impressed!" Alex & Dinah M.
★★★★★
"Ed Smith and his office team took on a difficult personal injury case on my behalf and for the passenger in my car. Ed is a top- notch attorney. His staff couldn't have been more helpful and kind. No need to look elsewhere. I give Ed Smith my highest recommendation." Beverly
★★★★★
"Ed and Robert have been taking great care of my husband and I for the past 5+ years. They are always there when you have a problem and a quick resolution! Even when the issues have nothing to do with them. They are willing to help ease the pain off your shoulders. They are as good as it gets! Thank you again for everything." Annie T.
★★★★★
"Very professional. Great team, staff and service all around. Mr Smith was very honest, straight forward with his advice. He gives the word "attorney" an honest reputation. I will seek his council anytime, and would recommend him at the drop of a dime." Jeremy M.
★★★★★
"I would highly recommend Ed Smith to any friends or family in need of a personal injury attorney. Ed, and his staff, are very caring on top of being very experienced in this field. The staff always keeps you informed of the status of your case and they are always easy to reach by phone." Shannon D.
★★★★★
"Edward Smith law offices provide competent, thorough, and personable help for victims of personal injury. When you first meet the staff you know you contacted the right office. This law office treats clients like people. I recommend this office to anyone seeking representation regarding personal injury." David M.
View More
Submit a Law Firm Client Review