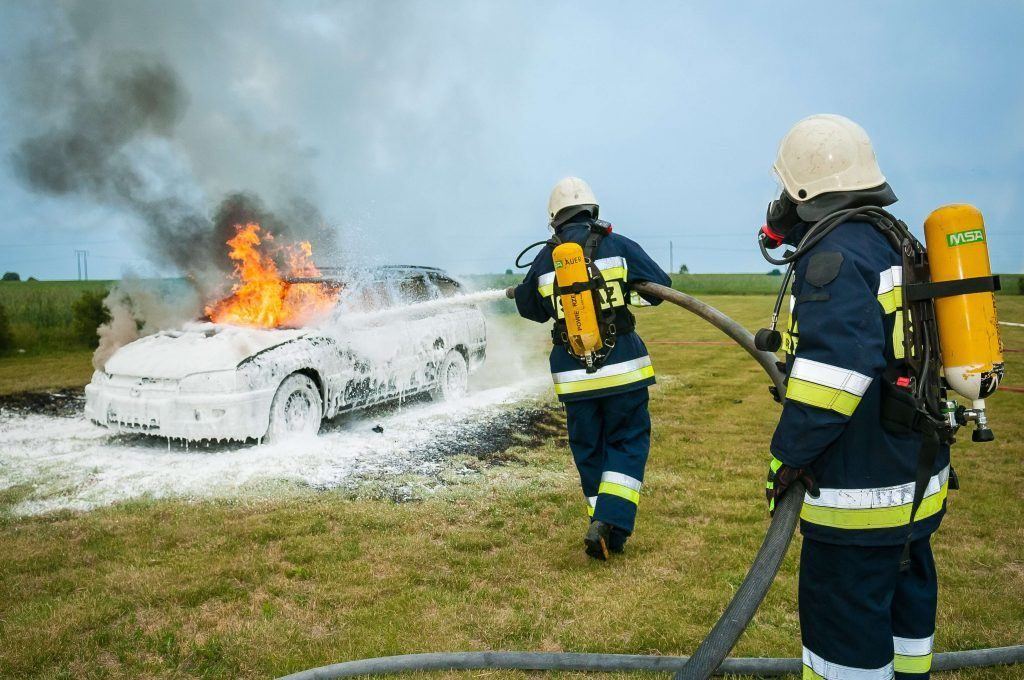 Electric vehicles represent a new frontier in the automotive industry; however, fires in electric vehicles, such as Teslas, have proven particularly challenging to douse. It isn't hard to find stories of serious accidents involving Teslas and other electric cars. Like other vehicles, electric cars are regularly involved in auto accidents.

What sets these crashes apart is the blaze that often ensues. The fires that ignite following accidents involving electric cars have proven challenging to put out, even for the most experienced professionals. The longer the fire takes to put out, the higher the risk of death to the people inside.

If you or a family member has been injured in an accident involving an electric car and needs legal guidance from an experienced injury attorney, please call us at (916) 921-6400 for a free consultation.

The Lithium Battery Inside of an Electric Car

Typical vehicles rely on gasoline for their power, whereas electric vehicles are powered using a lithium-ion battery. The electrical difference between the positive and negative ions inside the battery is used to power the car and its functions. Unfortunately, if a lithium battery ignites, the chemicals from a standard fire extinguisher cannot douse the flames.

When a lithium battery ignites, it causes an adverse chain reaction that keeps the fire burning. This could lead to serious burn injuries. There are stories of firefighters who have been stumped by the power of the flames. Furthermore, there are stories of lithium-ion batteries re-igniting even after the fire has been put out.  While the fire might appear to be put out using water, the battery still has power. If the battery is still active, the flames could return, placing both the passengers and the first responders at risk.

How Should Fires in Electric Vehicles be Handled?

If a vehicle bursts into flames, the first priority should be to move the people inside the car to safety and to put the fire out. Unfortunately, fires involving lithium batteries have proven to be a challenge. After the issues putting out the first blazes, scientists and experts have come together to find a better way to handle these fires. There have only been two options so far. These include:

Neither of these options is particularly attractive. More research is being done on how to douse the fires that spew from electric vehicles. In the meantime, stopgap measures are being implemented to keep the passengers and first responders safe.

Because vehicles such as Teslas are powered using electricity only, first responders risk being electrocuted when trying to rescue someone. Electric vehicles often have wires running throughout the entirety of the car. Therefore, when first responders try to cut through the car to save someone, they could cut a high-voltage wire. This can electrocute them, leading to traumatic injuries or even wrongful death. An electric car could operate a battery that possesses up to 400 volts, which is deadly. First responders need to be trained in how to deal with this significant hazard.

The YouTube video below provides an overview of electric car fires and what you need to know to stay safe.

The accidents involving electric vehicles pose a unique set of challenges. Families that have been involved in severe car accidents should know that help is available. Meeting with a car accident lawyer in Sacramento can help families find the help that they deserve. Speak with a Sacramento car accident attorney today.

The fires in electric vehicles have the potential to lead to serious burn injuries or even death. If you have been involved in an accident involving an electric car and need legal guidance from an experienced injury attorney, please call our experienced Sacramento Car Accident Lawyers at (800) 404-5400 or (916) 921-6400 for free, friendly advice.

Editor’s Note: This page has been updated for accuracy and relevancy [cha 8.31.21]