Finding Every Dollar of Insurance Coverage 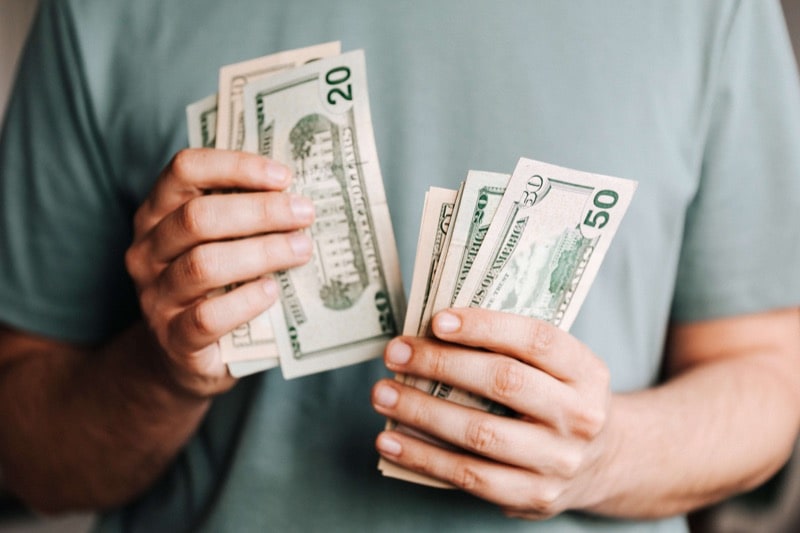 "I was hit in a car accident and ended up with a broken leg and two months off work, but the guy who hit me only had a minimum $15,000 bodily injury liability and $5,000 property damage liability policy.  Oh well, my bad luck."

No, not necessarily.  Many injury victims will only look to the insurance policy information that a negligent driver provides at the accident scene, or to what a police officer has recorded in a traffic collision report.  And very often, that insurance policy simply isn't adequate to fully compensate an injury victim for even fairly modest injuries and monetary damages. It's important to remember, however, that this isn't the end of the insurance trail – it's just the beginning.  An experienced personal injury attorney will continue investigating all the possible insurance coverages that may be available for a client's personal injury claim and will know how to squeeze every last dollar out of that coverage.  And since no insurance company will want to pay money on a claim that it believes it can arguably avoid paying, sometimes a degree of a fight is necessary for coverage to be admitted.

Finding and Using My Own Coverage to Pay the Bills

The first – and easiest – place to look is at the injury victim's own auto insurance coverage.  This will include at least the insurance policy of the vehicle they were riding in when they were injured, as well as any other personal or business policies in which they are "named insureds."

These policies may include medical payments (med-pay) coverage that can be used to pay the injury victim's medical billings, out-of-pocket costs like co-pays, prescription drug charges, and other costs associated with the treatment of their accident-caused injuries.  But not all medical billings are "created equal." Some are more economically advantageous to be paid by available health insurance, some which are better to be paid immediately by med-pay coverage, and some which are better to wait on paying until the status of the injury victim's treatment and insurance claims becomes clearer.  An experienced personal injury attorney will know how to advise clients on their use of available med-pay coverage in a way that maximizes the benefit to them at the bottom line.

Most med-pay policies will also require some amount of reimbursement for benefits provided when and if the injury victim receives a personal injury claim settlement, award, or verdict.  But these reimbursements are always negotiable, and sometimes the law requires that they be either reduced or waived entirely.  An experienced personal injury attorney will know how and when to demand that a client's med-pay insurer either waive or reduce reimbursement claims that they may be making.

Another coverage element to identify quickly for "paying the bills" is any collision coverage that may be available for the injury victim's vehicle.  Typically, if the vehicle is either leased or still under a loan for purchase, it will be required by the lessor or lender to have collision coverage.  And often, a vehicle owner will continue to maintain coverage at least as long as the vehicle retains significant value.  Collision coverage is almost always the faster way to get a car repaired or totaled than using the negligent driver's property damage liability coverage (although there may be a deductible for the collision coverage that has to be pursued from the negligent driver).  In this case, the economic benefit to the injury victims comes from the faster pace of getting their car repaired or replaced to get back to their everyday daily lives more quickly.

Unfortunately, many drivers only carry minimum liability insurance policies – either because that is all they can afford, or because they are unwisely pinching pennies – and many injury victims find themselves in situations where the responsible driver simply doesn't have enough coverage to adequately compensate them for their injuries and monetary damages.  And even worse are the situations in which people are injured by completely uninsured drivers.  In these situations, an experienced personal injury attorney will want to identify all of the "uninsured motorist" (UM) coverages that may be available for a client, which also provide "underinsured motorist" (UIM) coverage in situations where the negligent driver may have minimal, inadequate bodily injury liability coverage.

The first place that a personal injury attorney will look for this type of coverage is on the vehicle the injury victim was in when the injury occurred – uninsured motorist coverage on the vehicle will generally be available to the driver and each passenger in the car was injured.  The second place to look is at any separate automobile insurance policies on other vehicles for which the injury victim is a "named insured" -- if, for example, they were injured as a passenger in a friend's vehicle, but have a separate auto insurance policy with uninsured motorist coverage for their own vehicle, then that separate personal policy may also be providing coverage.  (Sometimes there are policy questions as to which policy has to be tapped first in these situations – this will usually be defined in the policy language.)

Finally, a unique aspect of uninsured motorist coverage is for "resident relatives" -- people related to the named policyholder and maintain a residence with them.  In this situation, the resident relative – who isn't named on the UM policy – may be provided coverage under the UM policy when injured in an accident.  For example, an adult child who is not named on an insurance policy, but who maintains a legal residence with a parent while attending school out-of-town may have a "resident relative" status.  Exactly who is a "relative" and what qualifies them as "residing" with the named insured are terms that are defined by the policy language and by state law, but in many cases, these definitions can be fairly loose.  An experienced personal injury attorney will know to ask potential clients about possible coverage of this type and to quickly secure copies of the policy language to determine if the client meets the requirements.

Finding and Using the Other Guy's -- Or Guys' -- Coverage

Don't assume that the negligent driver is the only person whose liability insurance will apply for a given traffic accident.  The insurance card that a negligent driver shows an injury victim or police officer at the scene of the accident is often only just the starting point in identifying all the possible liability insurance policies that may provide coverage for a personal injury claim.  Usually, this will be the insurance card for the vehicle that the negligent driver was operating.  Was the driver operating someone else's vehicle?  In that case, do they have separate auto insurance of their own?  In this type of situation, the insurance policy on the car is usually "primary" -- it is the one that is first tapped – but how and when other policies may kick in is a question of policy language and law that needs to be researched and identified.

Many times, folks who are business owners and/or who have significant assets to protect will secure additional "umbrella" coverage on top of their personal auto bodily injury liability policies.  With most major auto insurance companies, personal bodily injury policies typically are unavailable for more than either $300,000 or $500,000 in coverage.  Since a severe injury or even a death that might result from negligence can have a claim value over this amount, the umbrella coverage provides extra protection.  This umbrella protection, however, isn't part of the auto liability policy identified on the insurance card being shown at the accident scene.  And the insurance company – when they are contacted about an accident – may not volunteer the information that umbrella coverage is available.  In fact, the auto liability insurer may not even know that an umbrella policy exists if the negligent driver purchased the umbrella coverage through a different insurance company.

It's necessary to ask whether a negligent driver had umbrella coverage.  Sometimes the negligent driver will identify that coverage, sometimes their auto insurer will identify their coverage, and sometimes neither of them will.  An experienced personal injury attorney will know how to recognize the types of negligent drivers who are likely to have umbrella policies and will know how to pursue the identification of umbrella policies whether through formal "discovery" questions in litigation or through the use of specialized investigators who make a business of locating and identifying insurance policies.

Beyond the negligent driver in an auto accident (and the owner of the negligent driver's vehicle, if that was someone else), it's necessary to look further to be certain that all applicable insurance coverages have been identified.  The next most common place to look at is whether the negligent driver acted as an employee or agent for someone else when they caused the accident.  Sometimes this may be obvious, as when an accident is caused while driving a vehicle owned by their employer, but at other times it's necessary to ask – informally during an investigation or formally during litigation – if they were "on the job" for someone else.  And sometimes, the negligent driver may not even be aware whether they were "legally" on the job when an accident occurred – as, for example, when a driver is performing task or "favor" for their employer while the driver is commuting to or from work, and when the "going and coming" rule says a driver is or isn't "in the course and scope" of their employment.  In these cases, the liability insurance for the employer or business may be available as coverage for the injury victim.