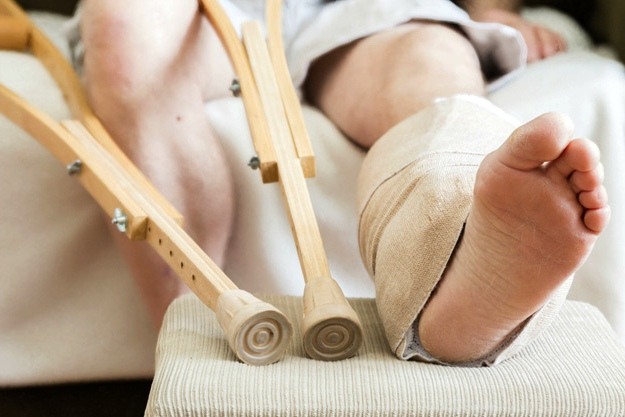 While numerous injuries can result from traumatic events, it is unusual for patients to suffer a femur fracture in both the neck and shaft on the same leg. These injuries are even more uncommon in children. However, this is precisely what happened in two case reports that have been published in the literature. These injuries present some treatment challenges.

Fractures in Different Parts of the Femur

In the first case, an 8-year-old girl was involved in an auto accident and suffered numerous traumatic injuries that required immediate medical attention. She had suffered a fracture to both the neck of her femur and the shaft of her femur, a rare bone fracture combination. She was taken to the operating room where the fracture was fixed with several screws and a plate. She was unable to bear any weight until three months later, but by the fourth month, she was bearing full weight. In the long-term, she made a full recovery and had regular, painless movement in her right hip.

While slip and fall injuries can cause severe damage, a fall from a height of nine feet can have grave impacts. This is what happened to an eight-year-old child who tumbled nine feet. He had fractured both the femoral neck and shaft, like the prior case. The fracture was reduced in a closed manner and fixed with two screws. The child was kept in traction for five weeks and started bearing weight after three months. Follow-up on radiology showed minimal evidence of complications. However, the femoral neck appeared slender, and the head of the femur was slightly enlarged.

The purpose of this study was to highlight the lack of standardized treatment in children who break both their femoral neck and femoral shaft, largely due to the rarity of the injury. The study recommends a visit to the operating room to stabilize the fracture to reduce the risk of complications and comorbidities. Unfortunately, these injuries do have a high rate of complications, such as leg shortening and avascular necrosis.

I’m Ed Smith, a Sacramento Personal Injury Lawyer. Suffering from multiple bone fractures can cause severe complications. If you or a family member has been injured in an accident, call us for free, friendly advice at 916.921.6400 or (800) 404-5400.

We are proud California members of the Million Dollar Advocates Forum and the National Association of Distinguished Counsel.

Editor’s Note: This page has been updated for accuracy and relevancy [cha 3.2.21]