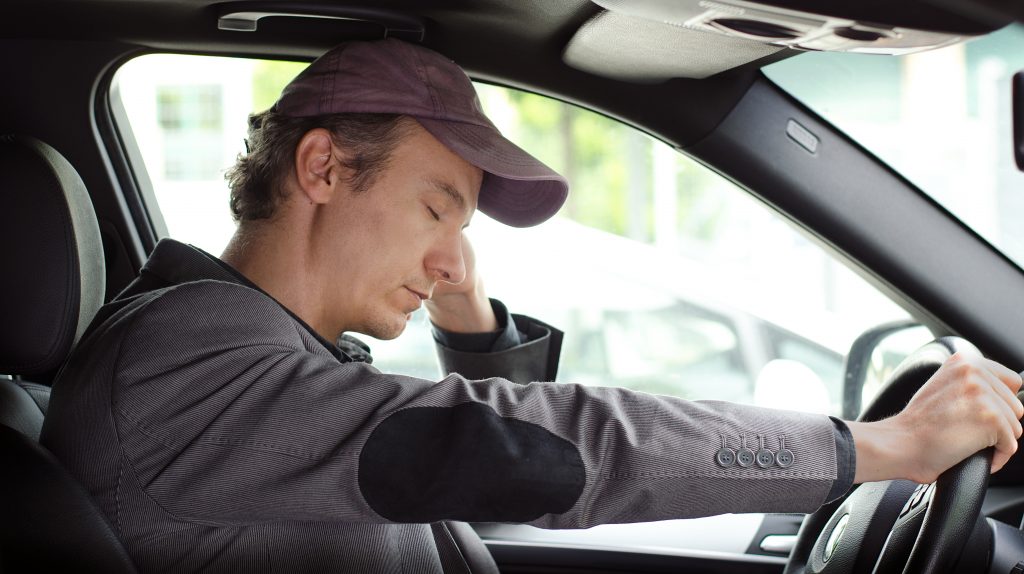 Everyone has heard of the dangers that drunk driving can bring to the roads; however, fatigue while driving can also increase the number of accidents on the road, receives a lot less attention. Fatigue impairs people's abilities to react quickly to the environment around them, making it challenging to react to changing road conditions.

A Rise in Motorized Vehicles

Over the past few decades, the number of cars on the road has multiplied. While traffic may seem to be getting worse in the suburbs all over the country, much of this rise in vehicle use has occurred in developing countries that now have access to affordable cars for the first time. The public has been made aware of the dangers of drunk driving and its ability to contribute to wrongful deaths in auto accidents; however, driving while fatigued has often been overlooked in this analysis. Because of this, people have termed driving while fatigued a “silent killer” when discussing risk factors that lead to collisions. China is one of the countries that has seen a dramatic increase in the number of cars on its roads over the past twenty years. Because of this, the rate of accidents has climbed as well.

The researchers conducted a thorough review of the literature between 2006 and 2010 in Guangdong Province, located in China. This is a heavily populated area of the country that has seen a rise in motor vehicle use over the past few years. The researchers took their data from the Public Security Department of China. The researchers plotted the accidents and analyzed the factors that were told to have contributed to each accident individually. Among these characteristics were the driver’s characteristics, the types of vehicles involved, and the environmental factors that may have played a role in the accident’s development and severity. This includes possible fatigue-related causes.

The researchers used a statistics test called a Chi-Square test to analyze the results and locate trends among the various characteristics in their study. They found that several factors were associated with an increased rate of crashes caused by fatigue. These were male drivers, driving between the hours of midnight and dawn and driving during rush hour. The researchers also noted that while these factors led to an increase in the number of accidents related to fatigue, they did not increase the number of traumatic injuries or deaths due to fatigue. Examples of such injuries might be traumatic brain injuries or femur fractures. Instead, other factors were tied to fatigued accidents, which subsequently led to casualties.

There were a handful of factors that were tied closely to accidents and casualties. These included drivers of lower experience, vehicles deemed unsafe for the road, driving during night hours, and driving on weekends. These factors were more likely to lead to accidents that resulted in casualties. It is important to note that accidents involving fatigue and deaths are associated with both the time of day and the combination of the vehicle and driver. This leads to some important implications for fatigued driving and how to prevent deaths from resulting from these accidents.

The study points out that younger drivers and drivers associated with occupations with either long or unusual hours are more likely to drive during the hours identified in the study as being associated with higher rates of fatigued accidents. Drivers who work more stereotypical hours are less likely to drive during the hours highlighted in the study. This means that drivers should use caution when deciding to get behind the wheel of a car. If possible, people should try to take a nap if tired before making the drive home. Hospitals often have call rooms where people can sleep before trying to drive home. It is always better to take a short nap to increase one’s focus before driving home.

The study points out that opening the windows could be a way to reduce fatigue and increase alertness while driving in the car. Turning up the heat also makes people feel a bit more sedentary while driving. Motorcycle riders are rarely involved in accidents involving fatigue, perhaps due to the wind rushing by and the outside temperature being slightly cooler. Furthermore, people should make sure that their vehicles are in top condition and have passed all of their necessary safety tests. The ability of the vehicle to withstand a collision safely plays an important role in the outcome of the individuals involved. Finally, the road conditions are also going to play a key role. Slippery roads are more likely to result in someone getting injured than a road that is bone dry. Fatigue plays an important role in accidents; however, there is always more than one factor in play when injuries and deaths result from accidents.

Driving while fatigued represents a significant danger to everyone on the road. If you or a family member has been injured in a car accident due to negligence, call our Sacramento personal injury lawyers today at 916.921.6400 or 800.404.5400 for friendly, free advice.