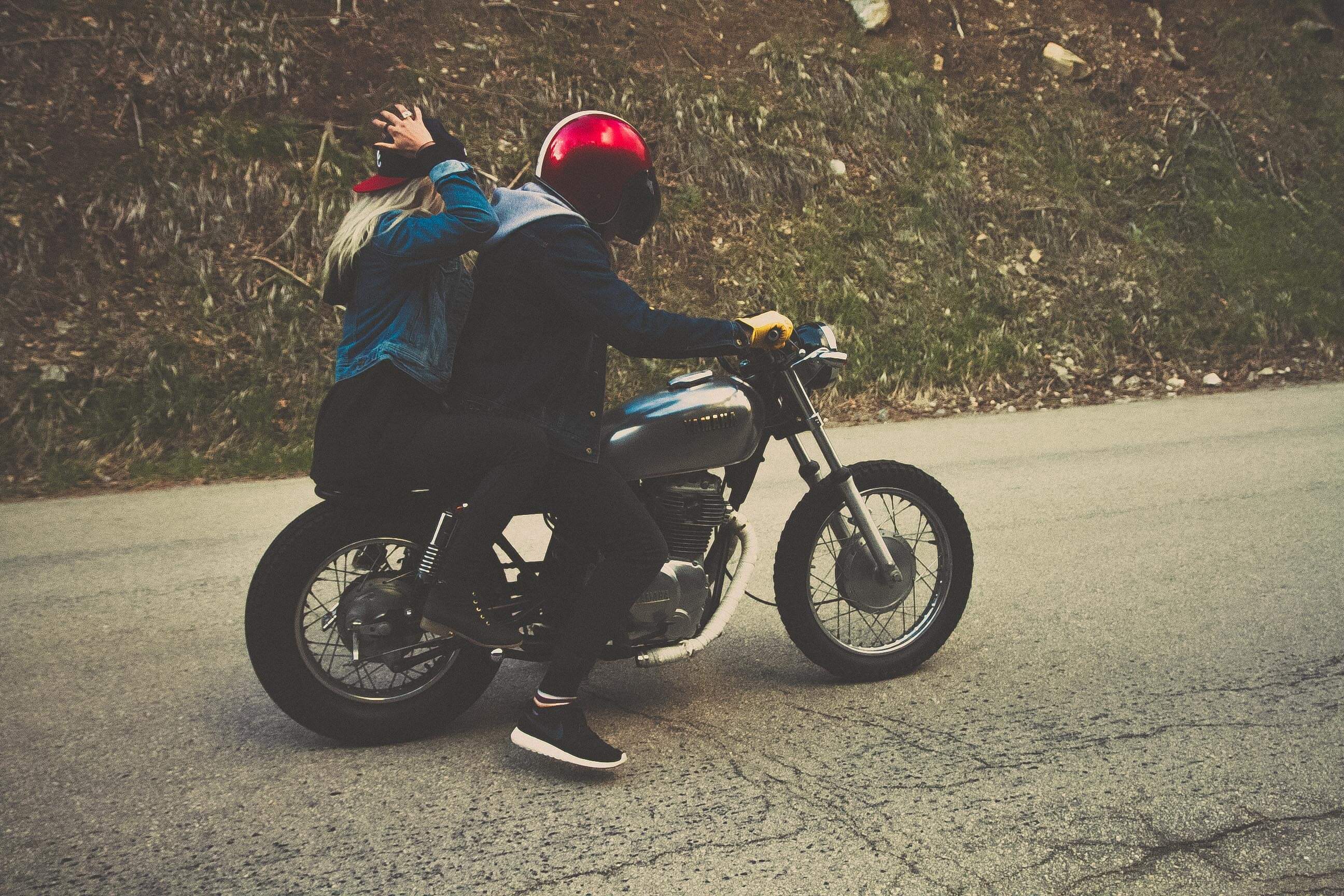 Most motorcycle owners and bikers know firsthand how dangerous riding a motorcycle can be. No matter how careful a motorcycle owner is while riding, car and truck drivers may not always properly check for nearby motorcycles before turning or changing lanes. Additionally, motorcycles may fall within a vehicle's blind spot.

These accidents often result in serious injuries causing a diminished quality of life for the motorcyclist. An experienced motorcycle accident injury attorney in Fair Oaks can help obtain the justice and fair compensation a biker deserves after being injured in a serious crash.

Common Types of Motorcycle Accident Injuries
Motorcycle accidents tend to be extremely brutal for motorcyclists. This is because motorcycles themselves offer relatively little protection to the operators. They are exposed when a collision occurs. Given the high rate of speed and velocity in which many crashes occur, the motorcyclist often suffers catastrophic bodily injuries, including:
These injuries require extensive medical treatment and time to recover after a motorcycle crash. If you have been hurt in an accident as a motorcyclist, reach out to one of our Fair Oaks motorcycle accident attorneys for a free consultation regarding your potential claim.
Types of Personal Injury Compensation in a Motorcycle Collision Claim

Under California law, an injured motorcyclist can file a claim against the other driver's insurance company to seek compensation for their harms and losses (known as economic and non-economic damages in the legal world). The harms and losses that form the basis for financial recovery in a personal injury claim include medical expenses such as visits to the emergency room, visits to your primary care physician, surgery, long-term care, and prescription medications.

In addition to medical expenses, you can seek reimbursement for lost wages. Many motorcycle accident victims are forced to take time off of work to attend rehabilitative treatments and other appointments. Those lost wages are recoverable, including if you had to use vacation time or your accrued sick days. If your injuries were so severe that you cannot return to your prior employment, you could pursue future wages, especially if you are diagnosed as disabled.

In addition to lost wages, you can pursue damages for your pain and suffering (these are the non-economic damages referred to earlier). Non-economic damages do not fit neatly into an invoice or spreadsheet. They include the stress and anxiety resulting from the collision and any significant decrease in the overall quality of your life. For example, if you missed your son's baseball game to see the doctor or couldn't walk your daughter down the aisle because your leg was broken.

Sometimes, your Fair Oaks motorcycle accident lawyer may also seek punitive damages. This is a financial award to an injured party that is not intended to make them whole or reimburse them for a loss. Instead, a jury's award for punitive damages is meant to punish the at-fault driver for reckless and egregious conduct.

What Can Be Recovered Through a Motorcycle Accident Injury Claim?

A jury in Los Angeles awarded an injured motorcyclist (and a former UCLA football player) $35 million for his injuries, according to ABC 7 News. The verdict was entered against Caltrans for creating a dangerous intersection that caused the accident. The motorcyclist suffered life-changing injuries. For example, he lost his leg and other extensive bodily injuries requiring thirteen correct surgeries. He will need a lifetime of medical care due to the accident.

The injured motorcyclist alleged that, in 2005, Caltrans ordered the painting of double-double yellow lines at a Redondo Beach intersection to prevent early left turns because of line-of-sight problems on the road. However, those lines were never painted. Despite evidence of multiple left-turning accidents at the same intersection, Caltrans failed to take action.

The motorcyclist sued Caltrans, a state agency, alleging that it knew the dangers of this intersection and failed to take reasonable steps to address it. The case went to a jury trial that lasted six weeks. Ultimately, the jury sided in favor of the motorcyclist.

Watch the video below to learn more about motorcycle accidents.

Is it worth hiring an attorney for a motorcycle accident injury case?

Motorcycle accident injury claims often involve several complex moving parts. Skilled representation is one of the most critical factors in securing a fair settlement or obtaining a sizable verdict from a jury. Additionally, insurance claims adjusters routinely try to take advantage of claimants who do not have legal counsel. They make low-ball offers and delay getting back to you in the hopes that the statute of limitations will expire. A Fair Oaks motorcycle accident injury attorney will deal with difficult insurance carriers on your behalf and protect your legal rights as a biker.

What is the statute of limitations for a motorcycle injury claim in California?

If you are considering taking legal action against the driver who hit you, do not procrastinate. Take action immediately because you do not have an infinite amount of time to file a lawsuit. In California, a motorcycle accident victim has just two years from the date of the collision to file a motorcycle accident injury lawsuit claim in court. The period is even shorter if you were hit by a government vehicle. In that situation, you only have six months to notify the government entity of your intent to file a claim. Taking legal action sooner also strengthens your claim because it gives your Fair Oaks motorcycle accident injury lawyer more time to investigate your case, contact witnesses, collect and preserve vital evidence, and so forth.

If you were hurt in a crash as a motorcyclist and have questions on your potential personal injury claim, schedule a free consultation with one of our Fair Oaks motorcycle accident attorneys at (916) 921-6400 or (800) 404-5400. Our lawyers are available anytime to provide free, friendly advice.

Editor's Note: This page has been updated for accuracy and relevancy [cha 7.8.22]

Photo by Abigail Keenan from StockSnap

CHP Motorcycle Safety Information
Contact Us
Search
Personal Injury
Client Reviews
★★★★★
"Me and my wife; had a car accident. We were amazed how easy, professional, friendly attorney Ed Smith is along with his staff. Everybody is amazing. Thank you so much, we are very impressed!" Alex & Dinah M.
★★★★★
"Ed Smith and his office team took on a difficult personal injury case on my behalf and for the passenger in my car. Ed is a top- notch attorney. His staff couldn't have been more helpful and kind. No need to look elsewhere. I give Ed Smith my highest recommendation." Beverly
★★★★★
"Ed and Robert have been taking great care of my husband and I for the past 5+ years. They are always there when you have a problem and a quick resolution! Even when the issues have nothing to do with them. They are willing to help ease the pain off your shoulders. They are as good as it gets! Thank you again for everything." Annie T.
★★★★★
"Very professional. Great team, staff and service all around. Mr Smith was very honest, straight forward with his advice. He gives the word "attorney" an honest reputation. I will seek his council anytime, and would recommend him at the drop of a dime." Jeremy M.
★★★★★
"I would highly recommend Ed Smith to any friends or family in need of a personal injury attorney. Ed, and his staff, are very caring on top of being very experienced in this field. The staff always keeps you informed of the status of your case and they are always easy to reach by phone." Shannon D.
★★★★★
"Edward Smith law offices provide competent, thorough, and personable help for victims of personal injury. When you first meet the staff you know you contacted the right office. This law office treats clients like people. I recommend this office to anyone seeking representation regarding personal injury." David M.
View More
Submit a Law Firm Client Review