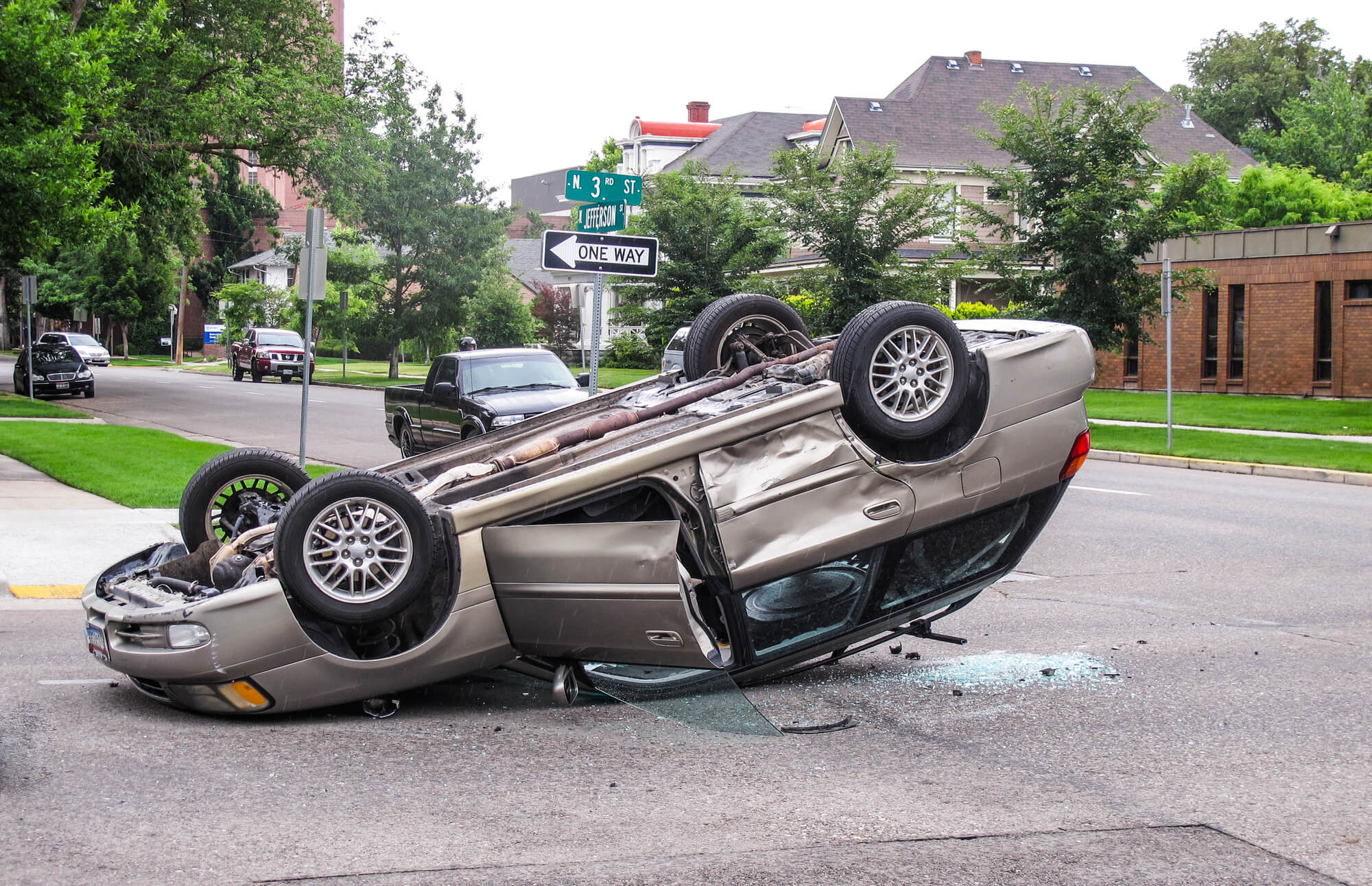 Rollover collisions are some of the worst kinds of accidents. The forces brought to bear upon the vehicle occupants are truly staggering, as the vehicle is uncontrollably rotating around as many as three axes. In these situations, occupants are most often seriously injured and risk being ejected from the car entirely. Given the propensity for severe injury, it is essential to determine exactly what happened during the crash to maximize the victims' recovery.

Basic Mechanics of a Rollover Crash

The evaluation centers around two points – the "Trip Point" and the "Point of Rest" – and the travel between them. The Trip Point is when the vehicle begins to roll, and the Point of Rest is the point at which the vehicle comes to rest after rolling. In between the two points, it is necessary to determine the Roll Distance – how far the car moved during the roll and the number of times the vehicle rolled while traveling the Roll Distance. The answers to these questions directly impact the outcome of a case. For example, if a car had a shorter Roll Distance but rolled a large number of times in that distance, then it is evident that the vehicle was rotating extremely quickly around its longitudinal axis. It would follow that the angular momentum working upon the occupants of the vehicle would be much greater, and therefore the occupants would be more likely to incur significant injuries. One might expect to see injuries from multiple impacts and angles as the vehicle rolled.

In another hypothetical situation, this time where the vehicle had a longer roll distance and fewer rolls while traveling that distance, the evidence would likely show that the momentum of the car transferred to the direction of travel and was imparted to the occupants all at once, in a single impact roughly coinciding with the Point of Rest. This kind of accident could show injuries sustained from a single impact and correlate with the medical records and victim testimony. In the context of an auto accident case, proof of this sort typically provides excellent confirmation for the injuries, pain, and suffering of the victims of the crash endured and helps translate into a more substantial settlement amount.

To establish a clear and accurate account of the rollover, accident reconstruction professionals usually start at the Point of Rest and follow the trail of clues to the Trip Point. In some cases, the trip point is a curb, barrier, railing, or another element in the road that quite literally "tripped" the car and caused its momentum to send it rolling. In other cases, there is no curb or other element to cause the Trip Point to occur, complicating the mechanics of the accident. To show what happened and how accident reconstruction professionals must gather and interpret evidence. There are two main kinds of evidence used: evidence on the road and evidence on the vehicle.

Evidence on the Road

Since rollover accidents are extremely violent, the vehicle often travels a significant distance during the roll. Evidence of the collision is often strewn, scattered, and scarred into the road itself, allowing a reconstruction professional to follow the debris and impact scars back to the point at which the rolling began the Trip Point.

The most widely used roadway evidence is glass, paint, and plastic transfers, scrapes and gouges, the trip point, and yaw. Broken glass is nearly ubiquitous in auto accidents, and it is a prime piece of evidence in reconstructing a rollover. The kind of glass will show which vehicle the glass came from, and the distribution of the glass can be used to determine how the vehicle was oriented during the rolling action. This information is crucial to determining the sequence of the rollover and the mechanisms of injury during the crash.

A rolling vehicle will typically leave some scrapes or gouges in the roadway. While the terms are similar, a gouge is usually worse than a scrape and indicates more material removed from the road. These scrape or gouge points can usually determine the sequence of a rollover, especially when paired with evidence of paint and plastic transfer.

When a vehicle impacts a surface, there is a high likelihood that some of the paint will transfer from the vehicle to the surface. Accordingly, it is possible to detect paint marks from the rolled vehicle on the roadway and thereby determine the car's path during the roll. By comparing and correlating the paint marks on the road to the impact marks and missing paint on the vehicle, an accident reconstructionist can determine the precise sequence of events and impacts in the roll. This can be very important to determine the cause of a given injury and establish its severity.

The vehicle's wheels will often leave additional evidence in the form of gouges or scars on the road. The metal used to make wheels and rims is strong enough to dramatically deform even concrete and asphalt. These small excavations are useful for determining the number of impacts and the direction of the roll.

Tires also leave evidence on the roadway and are essential in determining the Trip Point of the vehicle. The scene of a rollover accident will often show tire skid marks that curve and suddenly stop. If the rollover occurred on dirt or grass, rather than asphalt or concrete, then these curving skid marks will look like a long excavation or channel in the earth, sometimes called a "furrow." This curving pattern is formed when the vehicle travels "in a yaw," and this traveling in a yaw immediately precedes the start of a rollover.

Yaw is a term borrowed from aviation, where it refers to rotation around the vertical axis of the aircraft. In this context, a vehicle is "in a yaw" when its orientation around its vertical axis begins to drift away from its direction of travel. If you have felt yourself hydroplane during wet driving conditions or slid on road ice, then you have experienced being in a yaw. In rollover cases, there is most often a point where the yawing skid marks abruptly stop. In many instances, a wheel gouge occurs at this point in the road. This point at which the skid stops is the most likely the Trip Point. The skid stops because the tire making it has lost contact with the ground. This action indicates that the vehicle has entered the roll, and thus the Trip Point marks the beginning of the roll sequence that ends with the Point of Rest. Trip points can occur with vehicles in a yaw due to the mechanics of conservation of momentum.

Evidence on the Vehicle

Other evidence of the rolling sequence may be found on the body of the vehicle. Typically, this damage is in the form of scratches to the exterior surface of the vehicle, deformations to the vehicle body, and damage to the wheels. Scratches to the exterior surface often involve transfers of paint and surface material to the roadway or other surface impacted during the roll. As mentioned previously, matching up or correlating the scrapes on the body with the scrapes on the road is beneficial for determining, demonstrating, and proving the rollover sequence.

Deformations to the vehicle body indicate a much more significant impact than a scrape. As such, vehicle body deformations are useful in determining the direction and magnitude of the most significant injury-causing events.  For example, several small scrapes were on the side of a vehicle, and the other side was completely caved in. It would follow that the most serious injuries to the occupants would be consistent with the vector of that impact.

The following video explains how to avoid a vehicle rollover.

I'm Ed Smith, a Sacramento Personal Injury Lawyer. A vehicle rollover can cause serious and sometimes fatal injuries. If you or a family member has been injured in a rollover accident caused by someone else, call our injury lawyers for free, friendly advice at (916) 921-6400 or (800) 404-5400.