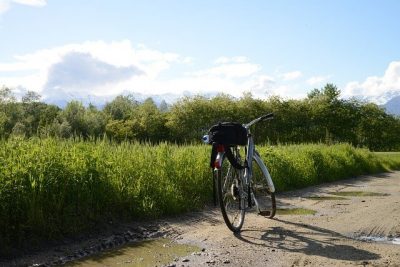 The mild weather and flat roads surrounding Dixon, California combine to make the area a bicyclist’s paradise. Not only is cycling an environmentally friendly way to enjoy a beautiful day while getting some exercise, but it can also be a convenient form of commuting. Whenever bicycles are ridden in areas that also have vehicle traffic, there are safety risks. Too many bicyclists are injured or killed in collisions with motor vehicles annually. When bicycling injuries or deaths occur, an experienced Dixon bicycle accident lawyer can help the injured cyclist or the grieving family recover monetary compensation from the negligent motorist.

Obviously, in a crash involving a bicyclist and a motor vehicle, the bike rider is going to come out on the losing end. Such collisions often result in serious, even life-threatening injuries to the rider. Severe injuries result in high medical bills, lost income, financial problems, pain, emotional suffering, and anxiety about the future. A skilled lawyer will help you navigate the complex legal process and ensure that your legal rights are protected and that the value of your case is maximized. The skilled attorneys at AutoAccident.com have the depth of personal injury experience that leads to outstanding results for our clients.

Dixon has a lot of rural roads on which one can usually avoid heavy traffic. Additionally, one can plan a route to include areas with bike lanes and safer roads.  One such popular route is known as the Davis-Dixon Bikeway. While it is not a true bike path, it is a route that incorporates roads with bike lanes. An out-and-back excursion on the Davis-Dixon Bikeway is a nice ride. From Dixon to Davis, take the following route:

The route has stretches of gradual downhill. Going to Davis will take about 35 minutes and about 10 minutes longer on the way back due to the uphill segments.

One rider posted a coffee-based route on davisbikeclub.org that takes the rider from Peets Coffee on Covell in Davis to either Solano Baking Company or Starbucks in Dixon round-trip, which is about 25 miles. The rider noted that the route is often windy but on fairly flat farm roads with very little vehicle traffic.

Of course, it is not always possible to avoid riding near vehicle traffic. On routes with cars close by, always ride defensively - assume that motorists do not see you. Because bicycles have lower profiles and are thus harder to see than other vehicles, that is often the excuse given by the motorist following a car versus bike accident.

Motorists are responsible for looking out for cyclists and pedestrians, who have just as much of a right to travel as those within cars. If an accident results from negligence on the part of a vehicle driver, that driver is legally responsible for any damages caused to the bicycle and its rider.

An accident can happen under any circumstances, but below are some scenarios in which bicycle accidents commonly occur:

For safe cycling tips, watch the video below.

The law in California requires that, whenever possible, a motorist keep at least three feet between their vehicle and a bike when passing a cyclist. In situations where maintaining that space is impossible, the motorist must slow down and use extreme caution. Disregarding this rule is negligent and may result in a crash.

If you have been injured due to a negligent motorist's actions, you are entitled to seek monetary compensation for your damages. Some of the categories of damages that are common to such a claim include:

If the injured person was married at the time of the accident, his or her spouse might be entitled to damages for loss of consortium due to the effects the injuries had on the marriage.

If a cyclist is killed by a negligent motorist, his or her family may be entitled to pursue a wrongful death claim for damages.

I'm Ed Smith, and I have been a practicing bicycle accident lawyer in Dixon, California since 1982. Trying to manage a personal injury claim against a difficult insurance company is hard enough when you are not also trying to recover from injuries. Hiring a bicycle accident lawyer with the expertise to optimize your case value can take a lot off your mind and allow you to focus on getting well.

If you or a loved one were injured in a bike accident due to a motorist's negligence or carelessness, call us for compassionate, free, and friendly advice. The sooner we can get to work preserving valuable evidence, the better for your case. Our skilled injury lawyers are available by phone at (707) 564-1900 or (800) 404-5400.  Alternatively, use our online contact link.

Image by Luana Cappon from Pixabay