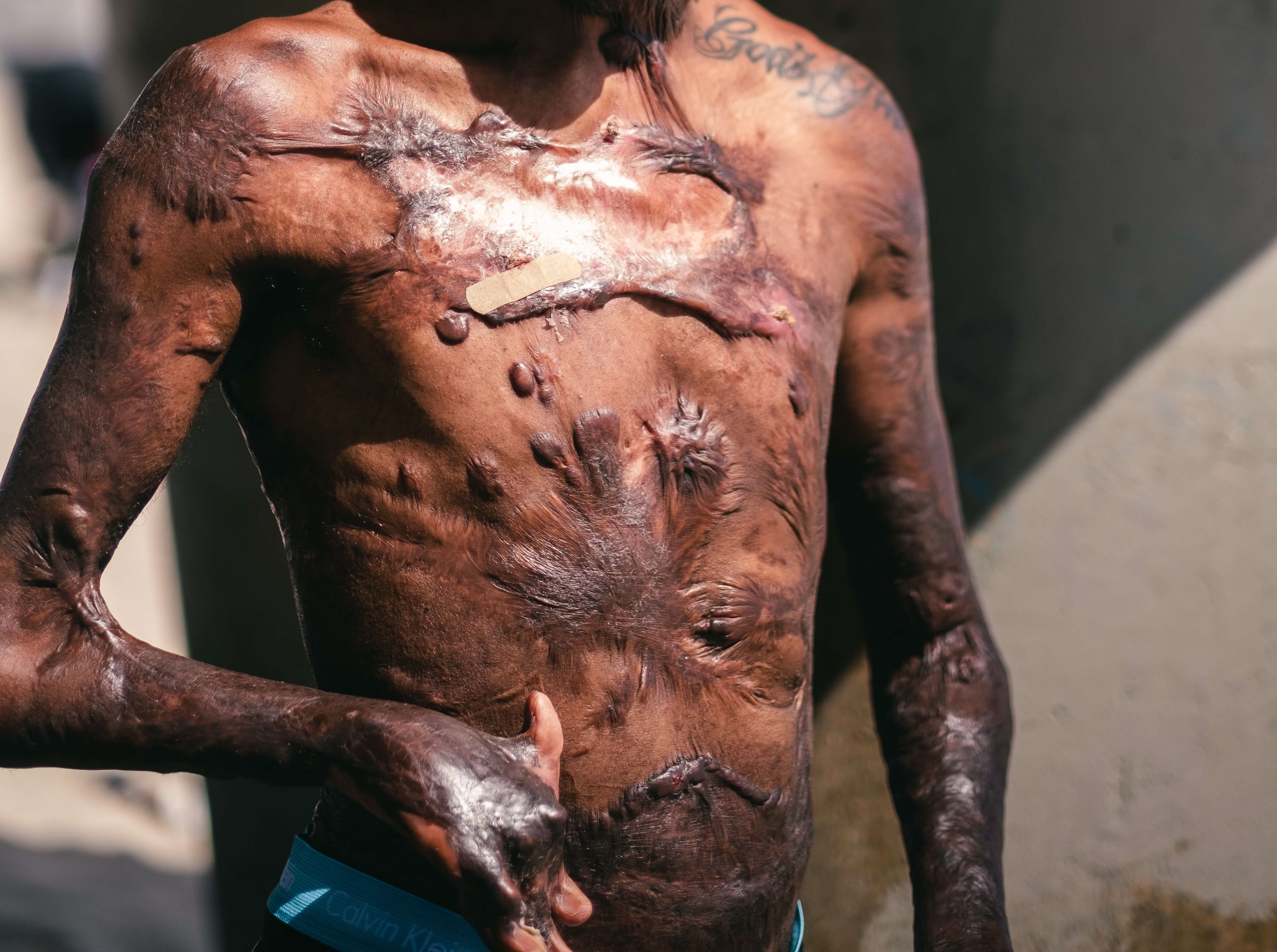 More people are surviving burns than ever before. Forty years ago, about half of the patients with a 40 percent burn ratio on their body died. Today,  it takes a 90 percent burn to have a fifty-fifty chance of dying from the burn. This means that there is a greater focus on disabilities following burns and on how to maximize a person's activities of daily living following a severe burn.

More questions are being asked about these severely burned individuals. Do they end up with productive and functional lives after recovery? Can they make a living and have healthy relationships after rehab? How can disability recovery be maximized to help these people have great lives after their injury? Evidence suggests that the doctors' abilities to reconstruct people with severe burns have outpaced the physiotherapists' abilities to make these people ready for society after the acute burn injury is passed.

The differences between impairment, disability, and handicap

If a person suffers a burn and has a physiological, psychological, or anatomic problem that interferes with the normal activities of daily living, it is said that they have "impairment." This is a medical term directly related to something the burn patient cannot do. Disability, on the other hand, is not a medical term but means that the person cannot meet social, personal, or occupational demands placed on them because of their physical or mental limitations. A person can have an impairment, then, without being actually disabled. The term "handicap" can be used interchangeably with impairment and disability. Still, it is essentially a governmental term used to describe anyone who has an impairment that severely limits them in at least one area of life. If an individual has an impairment that can be overcome by adjusting how they do something, they are not considered handicapped. If no accommodation can be made for the impairment, the individual is both disabled and handicapped.

There is no specific category called "burns" under the Social Security or Worker's Compensation guidelines. Instead, the person needs to be evaluated on what's going on with a specific body part involved in a burn.   Impairment is assessed based on how far the patient can walk and what limitations there are on using their hands, legs, and arms. The analysis must include restrictions on the range of motion of the involved extremities and whether walking causes shortness of breath or other analyzable aspects of the patient's life.

In a burn patient, the doctor or other person assessing the injury must look at the patient's tolerance to sunlight after a burn, their tolerance or intolerance to cold and/or heat, and their sweating patterns. This goes along with assessing the patient's coordination, strength, sensation, and degree of contractures. Disfigurement alone does not constitute an impairment, although it can have significant psychological meaning to the patient. Scarring isn't an impairment unless it limits the usefulness of the affected area. However, the psychological aspect of being disfigured can be taken into account and called an impairment.

Scars should be noted in any evaluation of an individual's impairment, including their size, location, and the degree to which the scar causes a contracture and limited mobility. Any loss of function caused by contractures, lack of sweating, or a lack of ability to grow hair or nails after the burn should be noted and can constitute impairment. All burns heal with some element of contracture, so this should be pointed out by the assessor of the burned areas. The use of splints can help reduce contractures but having the splint on can be considered an impairment because it limits the function of the joint being splinted.

An extremity can be considered impaired even if it has a full range of motion because of poor quality of skin after the burn—thin and fragile skin, likely to ulcerate easily with even minor injuries. Even people who have received skin grafts can have intolerances to sunshine, heat, cold, or sensation. These changes might not show up for years after the injury.

When an extremity is involved in a burn, there can be an impairment of the joint elasticity and function following a burn. Tendons and ligaments can be burned and may be nonfunctional after being burned, and bone can be involved. If a bone or joint is exposed to a burn, it is predisposed to getting an infection called osteomyelitis. Abnormal calcifications can spring up around a joint, limiting the motion around a joint. The movement of the joint can be excruciating, so the person involved is unable to move the joint without difficulty. Loss of muscle mass happens commonly after an electrical burn, and the patient will permanently lose strength in the affected area.

Scars around the trunk also can become tight and stiff, limiting the patient's ability to bend and twist along the spine. A burn on the chest can scar in such a way as to limit the patient's ability to take a deep breath. Amputations can occur after a burn, and they often take multiple revisions before they can heal properly to function with a prosthesis.

Other Areas of Impairment

A burn patient can have difficulty breathing due to chronic lung damage after a burn, or they can be prone to get repeated respiratory infections. Vision and hearing loss can happen after a burn injury. Contracture of the eyelid can completely close the lids, limiting vision. People with electrical injuries can have an increased risk of stroke or peripheral nerve dysfunction, depending on the severity of the electrical burn. Deep full-thickness burns can affect sensation in an area of the body, including symptoms of paresthesias, pain, lack of sensation, or cold intolerance. The lymphatic system can be affected in the lower extremities, causing chronic swelling of the legs and feet.

There is a lot of psychological impairment in severe burn patients who have been rendered disfigured by their injury. This is hard to assess as each person responds to being deformed differently. Individuals with a severe burn must cope with society's opinion of them after the burn. Returning to work or school can be challenging, especially if the burns disfigure the face and other visible areas of the body.

There are guides to measuring the degree of disability in a burned victim. Patients can range from having class 0 impairment, which involves having no functional losses, to having a class 4 impairment, which consists in having severe difficulties with activities of daily living as well as problems keeping skin healed at all times. The final degree of disability is determined by objective and subjective findings from examining the burned victim.

If you or a loved one has suffered severe burn injuries in an accident due to negligence, call our experienced Burn Injury Attorneys in Sacramento at (916) 921-6400 or (800) 404-5400 for free and friendly case advice.

Our experienced legal team has helped residents of Sacramento and Northern California get maximum compensation for personal injury and wrongful death cases since 1982.