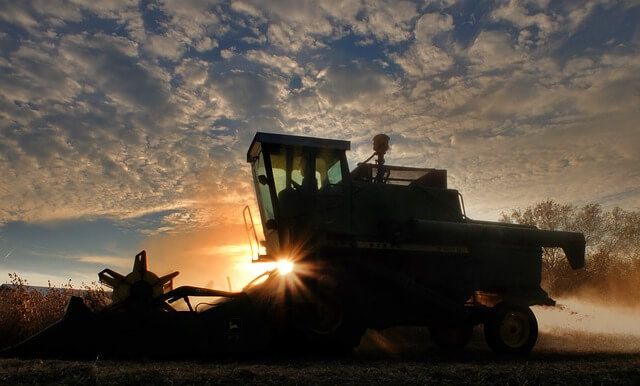 Were Your Crops Damaged by Dicamba Herbicide?

Are you a farmer who suffered crop damage caused by another person's use of the herbicide dicamba?  If so, you may be able to recover monetary compensation for your damages and loss of your crops.  The companies that sold dicamba herbicides were aware of the potential harm that the use of the products could cause, and continued to sell them anyway.

Our law firm is experienced in helping farmers with crop-related lawsuits.  We feel the manufacturers of these harmful products should be held responsible for any crop loss you have suffered.

What is Dicamba Herbicide?

The brand names under which the herbicide dicamba has been sold include, but are not limited to, the following:

The herbicide is intended to kill broad-leaf plants.  It is regularly used in the garden and home settings in addition to its broad agricultural usage.  Dicamba can be found in more than 1,100 products.

Its mechanism for use with broad-leaf plants is that it causes fast and abnormal growth by acting as a plant hormone.  This results in eventual plant death.

Dicamba can cause tremendous damage to non-resistant crops.  It has ruined entire crop fields, and as a result, has become the subject of nationwide lawsuits.

Recently, a Missouri farmer sued Monsanto and BASF, manufacturers of dicamba-based herbicides after poisonous dicamba clouds drifted onto his property and destroyed 30,000 of the farmer's peach trees.  The jury awarded the farmer $265 million in damages.  Those damages were broken down to include $15 million in compensation and an additional $250 million in punitive damages.  The punitive damages were aimed at the German owner of Monsanto, Bayer AG, and BASF.  The jury decided that the two corporations had conspired to create what the farmer's lawyer termed as an "ecological disaster" for the sole purpose of increasing their profits at the expense of farmers such as the plaintiff in the case.

Following the peach farmer case, over 100 farmers filed lawsuits in state courts.  Some of those cases have been consolidated into a federal court case in Missouri entitled Dicamba Herbicides Litigation.

There is also a class-action lawsuit filed in Arkansas that invites parties across the country to join in the suit against BASF and Monsanto.  The class-action suit alleges that the corporations failed to provide a formulation of dicamba that was safe to use with seeds that were dicamba-resistant. The Arkansas class-action lawsuit currently includes plaintiff farmers from the following states:

The Arkansas class-action lawsuit may cover any party who had crops that were not dicamba-resistant damaged by the herbicide. An estimate by the University of Missouri Crop Sciences Department is that over 2,700 farms have suffered such damage.

Why is Dicamba Now a Problem?

Dicamba has been used for decades.  It was approved for use only before and after growing seasons because it is a volatile compound, which means that it can become vapor and disperse beyond its application area. By limiting the use of dicamba to before and after growing seasons, this helped prevent crop damage since there was minimal risk to crops after the harvest or before the crops had been planted.

Then, along came resistant pigweed.  Pigweed is a broad-leaf weed that is a problem for a lot of farmers, but especially those who grow soybeans.  In recent years, dicamba use increased in an attempt to get a handle on pigweed. The weed is resistant to many herbicides and is very difficult to remove by hand. Because glyphosate-resistant pigweed strains have become rampant, farmers have not been able to rely on Roundup (a glyphosate-based herbicide sold by Monsanto) to deal with pigweed.

The Problematic Overlap in Time

While Monsanto was developing the genetically modified and resistant seeds, they were also working with other chemical companies including BASF to get the U.S. Environmental Protection Agency (EPA) to approve low volatility versions of dicamba so farmers could (theoretically) use the chemical during growing seasons without damaging nearby farms that did not use genetically modified seeds.

Monsanto began selling glyphosate- and dicamba-resistant cotton (Bollgard II XtendFlex Cotton) and soybean (Roundup Ready 2 Xtend Soybeans) seeds several months before approval by the EPA of the low volatility dicamba. This resulted in a problematic overlap in time.  Certain farmers that purchased the herbicide-resistant seeds were not willing to await FDA approval of the new formulation of dicamba.  They illegally sprayed their fields with the old dicamba, which then drifted onto neighboring farms, causing thousands of acres of crop damage.  The phenomenon has been referred to as dicamba drift.

The lawsuits against BASF and Monsanto allege that the corporations released to the market a dicamba-resistant seed with no safe version of the herbicide to apply to those resistant seeds. Farmers who had bought the dicamba-resistant seeds felt that they had no choice but to illegally use the older volatile version of the herbicide to deal with pigweed.  Winds then carried the old dicamba far beyond the application areas, causing extensive damage to non-dicamba-resistant crops on neighboring farms. It is thought that growers of conventional soybeans may have been particularly affected by damage caused by dicamba drift.

The EPA did ultimately end up approving BASF and Monsanto's new dicamba formulas.  However, there are continuing reports of crop damage, even with the less-volatile versions.  A study done by the University of Arkansas reveals that the new dicamba versions are not nonvolatile, only less volatile.  As such, dicamba drift looks like it will continue to be a problem.

In addition to the lawsuits filed against the private corporations manufacturing dicamba herbicides, a coalition of conservationists and farmers have sued the EPA for approving the damaging herbicide first in 2016 and again in 2018.

Were the Makers of Dicamba Aware of the Problem?

The lawsuit filed by the peach farmer brought to light documents that convinced the jury of the corporations' liability, including hundreds of BASF and Monsanto corporate documents that demonstrated the companies' awareness of the harm that their products would cause.  These documents were generated even as the companies were claiming to the public that the opposite was true.  One document created by a BASF employee called complaints of dicamba crop damage a "ticking time bomb" that had exploded.

Despite the fact that in 2018, farmers had filed over 4,000 official complaints of soybean crop damage caused by the use of dicamba, and in October 2018, the EPA re-approved the herbicide for another two years.

What States Have Taken Action?

Arkansas has outright banned the use of dicamba herbicide.  Missouri initially banned its use but rolled back the ban and replaced it with additional restrictions on dicamba usage.  Tennessee implemented restrictions on the herbicide's use, and Kansas is conducting investigations into farmer complaints.

On June 3, 2020, three types of Dicamba-based weed killers were ordered off the market by the Ninth Circuit Court of Appeals.  By its ruling, the Circuit Court revoked the approval previously issued by the Environmental Protection Agency (EPA) in 2018. It also puts an end to Bayer's plan to seek reapproval of their Dicamba products for 2021 and beyond.

The following are signs and symptoms associated with dicamba crop damage.  This list is not definitive:

Signs of crop damage may take weeks to appear, but usually, days after the application, a farmer will notice troubling changes in the plants.  The damage is usually widespread rather than isolated, given the diffuse vapor of the herbicide cloud.  Comparing adjacent crops for damage, or comparing plants of different species, can help determine whether the crop damage was caused by drifting herbicide vapor.

The video below discusses one farmer's issues with crop damage caused by dicamba.

Contact our law firm for a no-cost case evaluation. We have helped farmers with crop-related litigation and will be able to provide expert advice if you have suffered crop damage from the use of dicamba-based herbicides.  The manufacturers of dicamba herbicides were aware that their products could cause extensive crop damage yet still continued to market and sell them.  We believe those manufacturers should be held accountable for damages.

Editor’s Note: This page has been updated for accuracy and relevancy [cha 7.10.20]

Dicamba Taken Off Market
Contact Us
Search
Personal Injury
Client Reviews
★★★★★
"Me and my wife; had a car accident. We were amazed how easy, professional, friendly attorney Ed Smith is along with his staff. Everybody is amazing. Thank you so much, we are very impressed!" Alex & Dinah M.
★★★★★
"Ed Smith and his office team took on a difficult personal injury case on my behalf and for the passenger in my car. Ed is a top- notch attorney. His staff couldn't have been more helpful and kind. No need to look elsewhere. I give Ed Smith my highest recommendation." Beverly
★★★★★
"Ed and Robert have been taking great care of my husband and I for the past 5+ years. They are always there when you have a problem and a quick resolution! Even when the issues have nothing to do with them. They are willing to help ease the pain off your shoulders. They are as good as it gets! Thank you again for everything." Annie T.
★★★★★
"Very professional. Great team, staff and service all around. Mr Smith was very honest, straight forward with his advice. He gives the word "attorney" an honest reputation. I will seek his council anytime, and would recommend him at the drop of a dime." Jeremy M.
★★★★★
"I would highly recommend Ed Smith to any friends or family in need of a personal injury attorney. Ed, and his staff, are very caring on top of being very experienced in this field. The staff always keeps you informed of the status of your case and they are always easy to reach by phone." Shannon D.
★★★★★
"Edward Smith law offices provide competent, thorough, and personable help for victims of personal injury. When you first meet the staff you know you contacted the right office. This law office treats clients like people. I recommend this office to anyone seeking representation regarding personal injury." David M.
View More
Submit a Law Firm Client Review