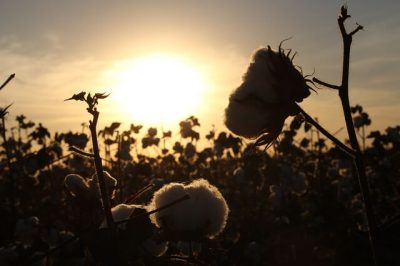 Three types of Dicamba-based weed killers, DuPont's FeXapan, Monsanto's XtendiMax, and BASF's Engenia, have been taken off the market in a ruling from the Ninth Circuit Court of Appeals.  The weed-killing products have been the subject of mass tort litigation initiated by farmers who have suffered crop damage caused by the tendency of the herbicides to drift to nearby farms and kill non-resistant crops.

By virtue of the ruling, the Ninth Circuit Court revoked the conditional approval previously issued to Bayer and BASF by the Environmental Protection Agency (EPA) in 2018. It also puts an end to Bayer's plan to seek reapproval of their Dicamba products for 2021 and beyond.

History of Dicamba Use in Farming

Farmers in the United States have been using the chemical herbicide Dicamba to effectively kill weeds for over 50 years. The herbicides were used by farmers who grow soybeans and cotton with seeds that were genetically engineered to be resistant to Dicamba.  The genetic engineering was necessary because the chemical's toxicity is not limited to weeds - it also kills other profitable broadleaf bushes, plants, and trees.  This is is the reason for the litigation: because the herbicide is volatile - meaning when it is administered, it is prone to drift beyond its intended target crops onto non genetically modified plants on neighboring farms, and in many cases, destroy them.   In the Ninth Circuit Court ruling, the three-judge panel determined that the EPA had significantly understated the risks related to Dicamba use and its dangerous drift to nearby farms.

Responses From the Manufacturers

BASF, the German manufacturer of Dicamba-based Engenia herbicide, one of the products blocked by the ruling, responded by filing an urgent motion to intervene in the court's decision. The motion alleged that the decision from the Ninth Circuit will cause immediate disruption within the agricultural community, and will threaten the livelihood of numerous farmers - this is alleged even though the plaintiffs in the lawsuits against Dicamba manufacturers are also farmers.

The court ruling will cost Bayer, who bought Monsanto in 2016, an estimated $34 million in future sales.  In addition, on June 24, 2020, the company announced it will pay up to $400 million to settle the pending U.S. District Court for the Eastern District of Missouri dicamba drift mass tort litigation.  Bayer indicated in its announcement of the settlement that it expects that BASF, its co-defendant in the MDL, to contribute to the settlement.

Response From the EPA

Following the Ninth Court's ruling, the EPA issued an order stating commercial applicators and growers may use their existing supplies of Dicamba provided they were within the farmer's possession on June 3, 2020, which was the date the Ninth Circuit decision went into effect.  The end date for the usage of Dicamba that has already been purchased is July  31, 2020.

Following is a video discussing the use of existing supplies of Dicamba.

How This Decision May Effect Farming

Bayer's genetically modified, Dicamba-resistant Xtend soybeans currently make up over half of the soy crops planted in the United States.  Some seed sellers and farmers believe the court ruling will cause farmers to shift away from Bayer's Xtend seeds toward Corteva's Enlist E3 soybeans. The Enlist E3 seeds are genetically modified to be resistant to herbicides glufosinate and glyphosate, and they allow for use of new Corteva herbicides that are marketed as having volatility of near-zero, minimizing the potential for herbicide drift.

I'm Ed Smith, a Fresno Farm Accident Lawyer.  If your crops have been damaged by a nearby farmer's use of Dicamba-based herbicides, we can help.  I have been assisting Fresno residents for more than 38 years.  If you would like to discuss how Dicamba herbicides have damaged your crops, please reach out to my law firm at for free and friendly advice at (559) 377-7676 or (800) 404-5400.

I am honored to be a member of the following legal associations: the National Association of Distinguished Counsel and the Million Dollar Advocates Forum.

Please have a look at reviews from prior clients on Google, Yelp, and AVVO and peruse a sampling of our successful case outcomes here: verdicts and settlements.