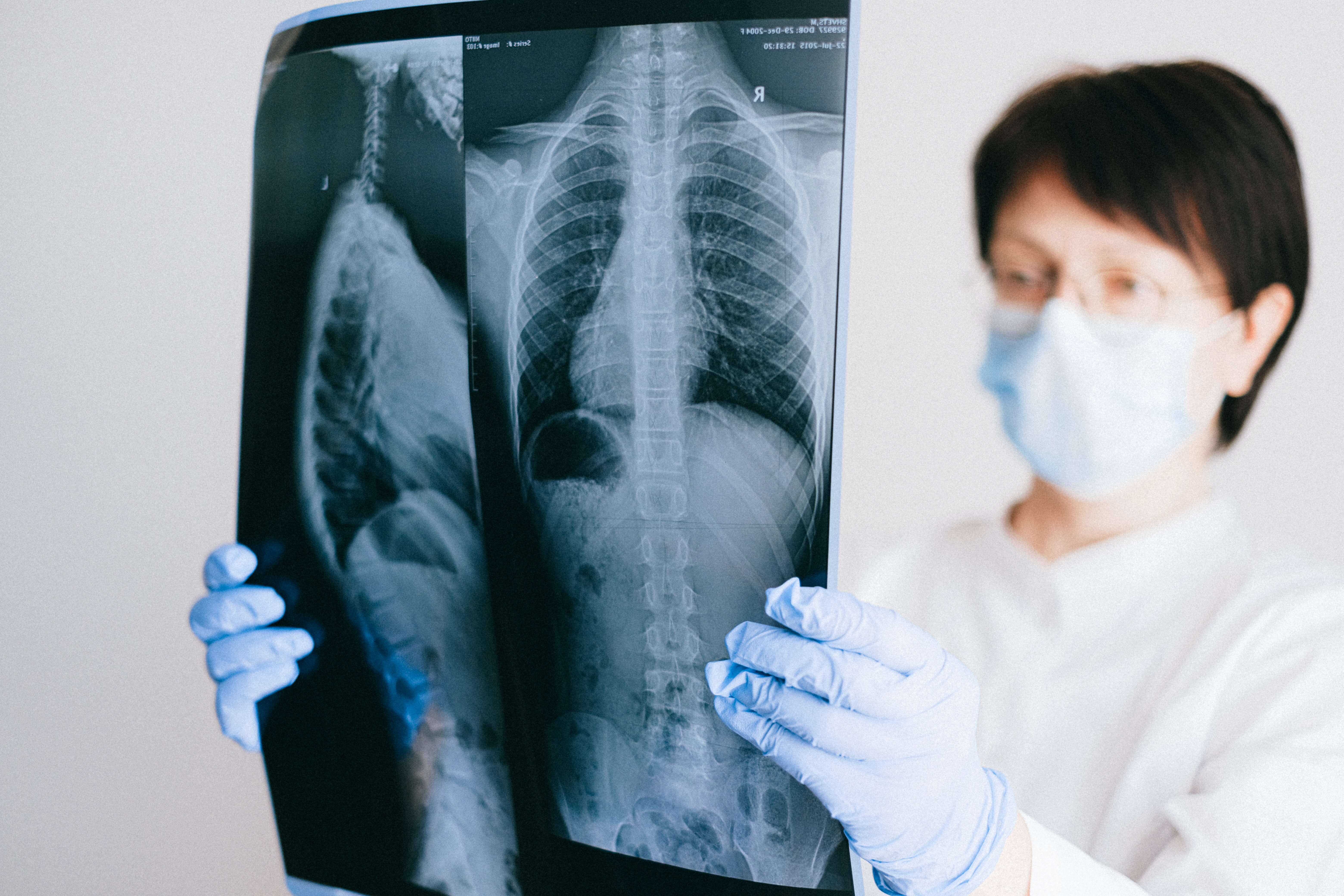 The diaphragm is a fibrous muscle that is composed of the lumbar, sternal, costal, and central tendon components. It plays a key role in respiration and contributes to swallowing and vocalization. The movement of the diaphragm during respiration and its central location make it a potential target for trauma to the abdomen and chest. While the incidence of an injury to the diaphragm is relatively low, immediate diagnosis is crucial as it is often overlooked and associated with high morbidity and mortality.

If you suffered an injury to the diaphragm in an accident caused by the negligence of another, you may be entitled to financial compensation. Learn more about your rights and options for recovery by calling one of our skilled diaphragm injury lawyers in California at (916) 921-6400 or (800) 404-5400.

An accident has the potential to result in injuries that may present in many forms, including diaphragmatic trauma. If the incident occurred because of someone else’s negligence, you may be entitled to financial compensation for the damages you have suffered. To understand how California personal injury law is applicable to your case and what steps to take next, a skilled lawyer from AutoAccident.com can go over your options in detail and build a strong case for fair compensation on your behalf. Get started today with a free consultation to learn more about how our diaphragm injury attorneys can help.

How Do You Know if Your Diaphragm is Injured?

The signs and symptoms of diaphragmatic trauma are often masked by an associated injury. However, symptoms generally include:

What are the Most Common Causes of a Diaphragm Injury?

The common reasons for diaphragmatic ruptures include penetrating trauma from a stab or gunshot wound and blunt traumas from slip and fall accidents, and rapid deceleration injuries from car crashes. When the forces are significant such that they cause a rupture of the diaphragm, this may often lead to injuries that are more obvious such as hollow viscus injuries, solid organ trauma, contusions of the lungs, and rib fractures. In the case of a motor vehicle collision, the airbag may produce significant force resulting in trauma to the abdomen and chest. These may cause the development of a diaphragmatic rupture.

How is a Diaphragmatic Injury Evaluated?

The initial focus of a physical exam should be on circulation, ventilation, and airway. There should also be concomitant management of circulatory, ventilatory, or airway compromise. An examination of the chest and neck should focus on any findings suggestive of lung displacement from absent breath sounds, symmetry of the expansion of the chest, and deviation of the trachea or mediastinal shift. This includes the observation of the diaphragm from the fourth intercostal space toward the subcostal margin. That is because, with respiration, the diaphragm generally shifts upward and downward during this process. It should be followed up with imaging such as computed tomography (CT) and X-ray.

The American Association for the Surgery of Trauma (AAST) has developed a scale from I to V for the grading of defects. This is useful in the evaluation of diaphragm, lung, cardiac, and thoracic injuries. Significant defects with high tissue loss are found in blunt trauma cases involving the diaphragm. Conversely, penetrating injuries are often low on the grading scale as they usually involve lacerations or contusions of 2 centimeters or less in length.

How is a Diaphragm Injury Treated?

When identified, the repair of a diaphragmatic injury is generally performed with minimally invasive or open surgical techniques. In cases involving an immediate diagnosis, an open laparotomy may be performed for the repair of the defect in the diaphragm and the facilitation of reduction of a visceral herniation. This procedure is a reasonable alternative for a patient that is hemodynamically stable and is not presenting with any other concerns.

A thoracotomy or video-assisted thoracoscopic surgery (VATS) is reserved for diaphragmatic rupture cases involving a delayed diagnosis, often after visceral herniation occurs through the diaphragm. Potential complications of surgical management may include poor respiratory efforts, breakdown of the repair, and a paralyzed diaphragm from a secondary injury affecting the phrenic nerve.

The visualization of a herniated viscera on an X-ray of the chest in an upright position may often be misidentified as loculated empyema or pleural effusion. There is the potential for intrapleural contamination and injury to the bowel when a thoracostomy is performed at this juncture. Most diaphragmatic injury cases are frequently overlooked, particularly in those involving a lack of indication for exploratory laparotomy. Given the secondary morbidities from a missed diagnosis, it is essential for a physician to evaluate the mechanism of injury, location of trauma, and severity to determine the involvement of the diaphragm.

What is the Prognosis for a Patient with a Diaphragm Injury?

Most diaphragmatic injury cases often yield favorable healing results when there is an immediate diagnosis and repair. Any delay in diagnosis and repair of diaphragm trauma may lead to a prolonged recovery associated with complications involving the chest and abdomen. Some of the deadliest complications that may arise from a defect in the diaphragm may include subsequent perforation of abdominal viscera and herniation.

What Types of Economic Damages Can You Claim in a Personal Injury Case?

When another party or entity is responsible for a crash, the injured party may be entitled to financial compensation for the damages that have been incurred as a direct result of the incident. Economic damages refer to the financial losses that have occurred because of accident-related injuries, such as diaphragmatic rupture. The process of determining and calculating economic damages is generally straightforward as they have a numeric value. Following is a list of the types of economic damages that may be recovered in a diaphragm injury case:

What Types of Non-Economic Damages are Recoverable in an Accident Case?

Learn about the various factors that may have a considerable influence on the outcome of a personal injury claim for an accident by watching the video below.

Is There a Deadline on Personal Injury Cases?

The California Code of Civil Procedure Section 335.1 states that a lawsuit must be filed in civil court no later than the 2nd anniversary of the accident date. This means that an injury case must be settled with the other side, or a lawsuit must be filed to protect the statute. Other factors may have a significant influence on the length of the statute of limitations. Therefore, it is recommended to work with an experienced diaphragm injury lawyer immediately to ensure that all applicable filing criteria and deadlines are met in the case.

When someone else’s negligence resulted in an accident that left you with traumatic injuries such as those of the diaphragm, you deserve justice, and the at-fault party should be held liable for the harm their actions have caused. Working with an accident attorney that has the knowledge of California personal injury law and the resources to work with experts in the field is essential. An experienced diaphragm injury lawyer can help handle all aspects of your case from start to finish while protecting your rights every step of the way.

At AutoAccident.com, we have handled cases like yours since 1982. When you turn to our attorneys for assistance, you can rest assured knowing that your case will be in good hands as you are recovering from the incident. Remember that the insurance company and defense counsel are primarily concerned about protecting profit margins and that often comes at the expense of parties injured in accidents just like you. Fortunately, our diaphragm injury attorneys will not allow that to happen and will have your best interests at heart throughout the legal process. Get started today with free, friendly advice on your personal injury case by dialing (916) 921-6400 or (800) 404-5400.

Editor's Note: This page has been updated for accuracy and relevancy [7.27.22]