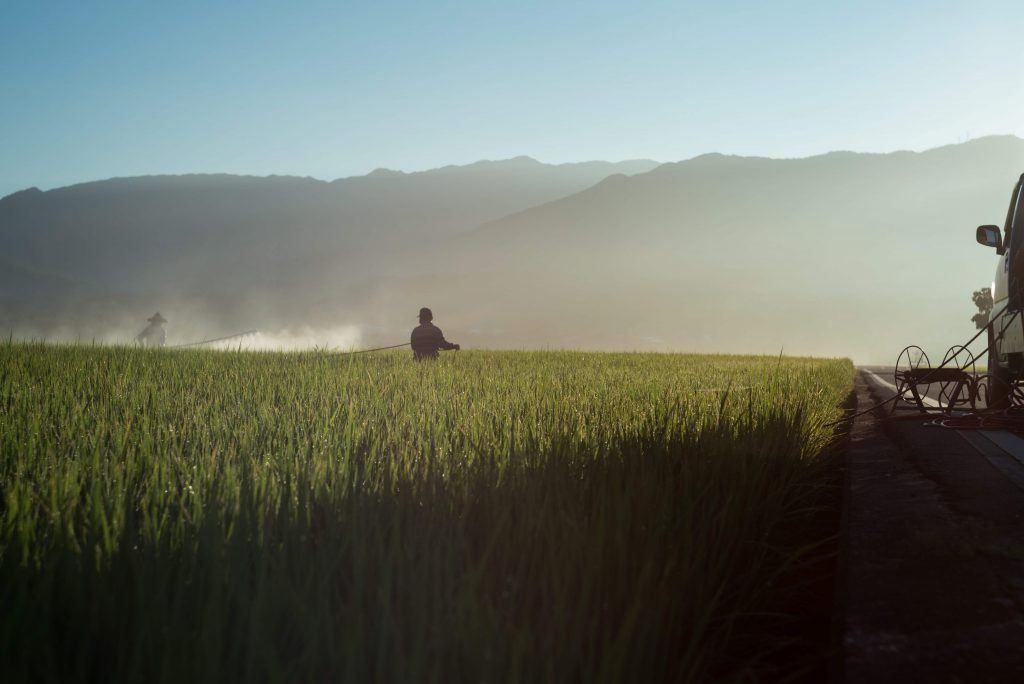 A trial in a San Francisco courtroom is the first case of its kind to win a verdict alleging cancer due to exposure to the popular weed killer, Roundup™. In Dewayne Johnson v. Monsanto Company (August 2018), the jury awarded Dewayne Lee Johnson $289 million in a landmark verdict against Monsanto Company, the manufacturer of Roundup™. Johnson was the first plaintiff to take Monsanto to court, setting a precedent for thousands of other victims.

Dewayne Johnson, a 46-year-old man from Vallejo, worked as a groundskeeper for Benicia Unified School District in San Francisco between 2012 and 2015. Johnson’s job duty included spraying the school properties routinely with Monsanto’s Roundup™, sometimes for several hours a day.

In 2014, Johnson began to experience severe skin irritation on his hands and was diagnosed with epidermotropic T-cell lymphoma. Johnson left the job in 2015, and by 2017, he was diagnosed with non-Hodgkin lymphoma (NHL), a cancer of the lymphatic system.

Roundup™ was first introduced to the market in the 70s. Since then, it has been widely used in the agricultural and farming industry to kill weeds. It was the highest and best-selling herbicide in the world and was registered in more than 130 countries. However, Roundup™ has an active ingredient called glyphosate, which is a substance capable of causing cancer.

In the early 2000s, concerns about the safety of glyphosate emerged as studies found evidence that exposure to glyphosate could increase the risk of cancer, including non-Hodgkin lymphoma. It wasn’t until 2015 that the World Health Organization's International Agency for Research on Cancer (IARC) announced that the key ingredient in Roundup is a probable cause of human carcinogen.

Johnson filed a personal injury lawsuit against Monsanto, alleging that the company knew about the deadly carcinogen in its product but failed to warn consumers of the serious health hazards resulting from constant use. Johnson also presented evidence of the damages related to non-Hodgkin lymphoma, including chemotherapy, rising medical bills, physical pain, suffering, and stress and despair connected to developing cancer.

The case was held in a San Francisco Superior Courtroom and presided by Honorary Suzanne R. Bolanos. During the trial, the jury heard evidence that Monsanto has known for years that glyphosate could cause cancer and that Monsanto hid this information from the public.

Monsanto argued that many studies, including those from the U.S. Environmental Protection Agency (EPA), have found glyphosate safe.

For more than two days, the jury deliberated and unanimously found that Johnson’s cancer was substantially caused by Roundup™. The jury also found that Monsanto failed to warn consumers of Roundup™’s health hazards and that the company should have known its product was hazardous.

In August 2018, the jury ordered Monsanto to pay a whopping $289.2 million to Johnson. The settlement breakdown included $39.2 million in compensatory damages and $250 million in punitive damages. However, in October 2018, Judge Bolanos overruled the jury’s decision and reduced the punitive damages award to $39 million, bringing Johnson's final judgment to $78.5 million.

In Judge Bolanos’s ruling, she stated that the punitive award was too high and must be reduced to the maximum allowed by due process to match the compensatory award. Johnson and his attorneys said they disagree with Judge Bolanos' decision. Still, they will accept the final settlement so that Johnson can hopefully achieve a final resolution within his lifetime.

Compensatory and punitive are known as tort damages, which are usually awarded to restore the victim to the situation he or she was in before the wrongdoing occurred. In compensatory damages, the plaintiff is compensated for past and future losses, pain and suffering, and emotional distress. In punitive damages, the victim is awarded when evidence proved reckless or disregard the obvious risk of harm.

Johnson was the first plaintiff to take Monsanto to court because of a California law that allows dying plaintiffs to be granted expedited trials. However, he will not be the only one. Thousands of people from across the United States have filed a lawsuit against Monsanto on allegations linking Roundup™ to cancer. In San Francisco, more than 450 lawsuits are pending against Monsanto, including a class-action lawsuit. The cases are currently in multidistrict litigation under Judge Vince Chhabria.

Although Johnson has been awarded millions of dollars in damages, the payout has been put on hold because Monsanto is appealing. In the meantime, Johnson is taking it day by day. He is in too much pain to go about his daily life or even talk because lesions have covered about 80 percent of his body. The worst part is that Johnson, a father of three, had to tell his children that he has terminal cancer and only has months to live.

I’m Ed Smith, a Roundup™ cancer lawyer in Sacramento. If you or a loved one have been diagnosed with non-Hodgkin lymphoma, please call our injury lawyers at (916) 921-6400 or (800) 404-5400 to receive our free, friendly, and compassionate advice. We also have an online contact form where you can reach us at your convenience.

Since 1982, we have had the honor of helping many families with personal injury and wrongful death lawsuits. To find out more about our firm and how we’ve helped our past clients, we encourage you to read through some of our Verdicts & Settlements.

Due to my work, we have been recognized as an advocate in the Million Dollar Advocates Forum and as the Nation's Top One Percent in the National Association of Distinguished Counsel.

Our former clients have left comments and reviews about our work on the following sites on Yelp, Avvo, and Google.