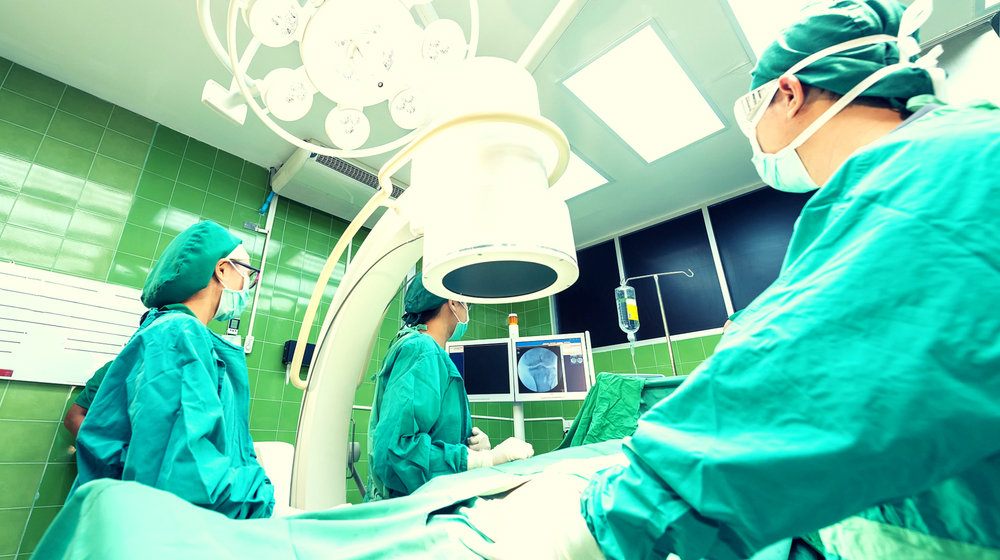 A degloving injury or avulsion occurs when one or more layers of skin are removed or degloved from the body. Degloving can be life-threatening due to profuse bleeding and tissue death. Degloving injuries can affect any part of the body but it is more common in the face, scalp, torso, arms, and legs.

If you or a family member has suffered a traumatic degloving injury in an accident caused by another party's negligence, you may be entitled to pursue compensation for your damages. Our experienced injury attorneys can help you file a personal injury claim. Call us for free, friendly advice at (916) 921-6400.

Continue reading to learn more about what degloving means and what treatment options are available.

What You Should Know About a Degloving Injury

What is a Degloving Injury?

A degloving injury derives its name from the type of trauma it describes. Someone who has experienced an avulsion injury has had a significant portion of their skin removed from one or more parts of their body.

For example, someone who has suffered a degloved hand could have one or more layers of skin removed from their hand. This could be the palm, the back of the hand, or even a finger. A serious injury could remove the skin from all of these surfaces.

An avulsion injury is not just limited to the hand. Someone with a degloved leg or a degloved foot could have the skin removed from their pelvic region or anywhere else on their body. The size and location of the degloved area will dictate the severity of the injury, the type of treatment that the patient might receive, and the patient’s prognosis.How Do Degloving Injuries Occur? 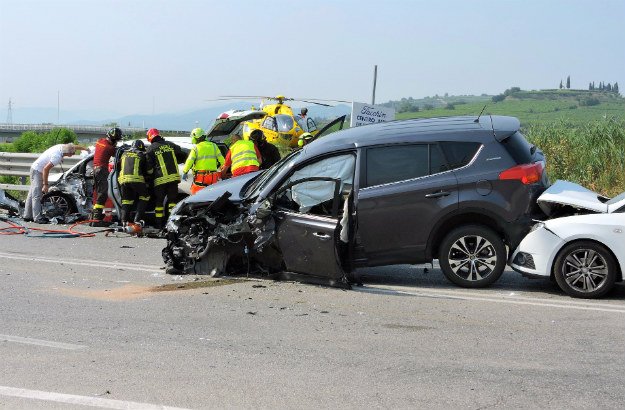 There are many different ways that someone could potentially suffer a degloving injury. All of them are traumatic in nature and lead to a force that pulls on the skin while leaving the tissue underneath the skin in place. This stretching of the skin over the stationary tissue underneath detaches the skin from its connection with the rest of the body’s tissue. When this connection is severed, the avulsion injury occurs.

Some of the common reasons for degloving injuries include:
Severity of Degloving Trauma

There are numerous types of degloving injuries that people should be aware of.

It is also important to note that degloving injuries can be classified based on their depth and the number of layers that have been degloved. A shallow degloving injury may only remove one layer of skin from the surface. On the other hand, more severe injuries could remove multiple layers of skin or even some of the subcutaneous tissue from underneath.

Diagnosis of a Degloving Injury

A degloving injury is typically diagnosed using the clinical picture alone. The doctor will ask the patient a few questions about how and when the injury occurred. They may also ask about the patient’s symptoms, when they developed, and perform a routine physical exam to ensure that other areas of degloving are not missed.

A clinical diagnosis means that lab tests and advanced imaging are not usually required to make the final diagnosis; however, they could still be used to diagnose the severity of the injury and to look for other associated issues.

For example, a physician could order a blood draw to ensure that the patient has not lost too much blood from the injury. If they have, a blood transfusion might be in order. The doctor may also order an x-ray or an MRI scan to check for associated bone fractures, muscle tears, or nerve injuries. It is important to get the entire clinical picture of the degloving injury before proceeding to the treatment process.What is the Initial Treatment Process for Degloving?

Depending on the severity of the injury, the first step is clinically stabilizing the patient at a trauma center. Undoubtedly, patients will have lost blood after a degloving injury. A patient will typically receive IV fluids to improve their blood pressure and hydration status. Patients who have lost a significant amount of blood may require a blood transfusion.

Most patients are in severe pain and will receive some sort of pain medication to treat their symptoms. The exposed areas of degloved skin will be wrapped in sterile bandages to stop blood loss and prevent an infection from developing. Some patients may receive antibiotics as a prophylactic measure to guard against developing infections. After this, the patient may be taken to the operating room for treatment. 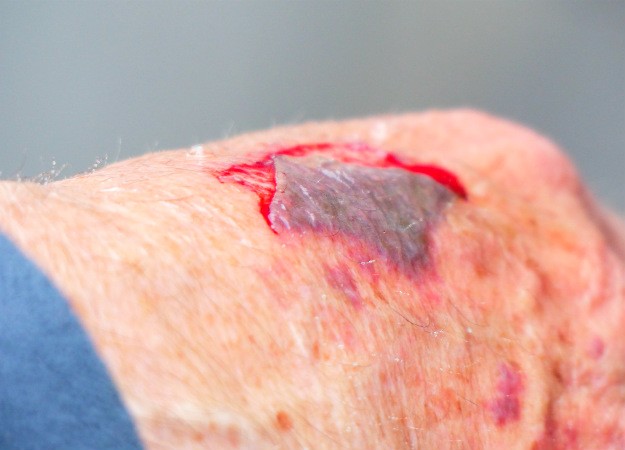 While the size of a degloving injury will vary, most patients will require plastic surgery to place a skin covering the area that has been injured. Sometimes, degloved skin is still attached to the rest of the limb. In this case, the skin could be replanted over the surface tissues.

This is an advanced surgical procedure that could also require revascularization of the blood vessels. This will restore the flow of blood to the skin, hopefully keeping it alive.

In some cases, the degloved skin may no longer be viable. In this case, a larger skin graft could be required from another area of the body. The surgeon will need to make sure that the skin has been fully attached to the tissue underneath.

There is also the possibility that the tissues underneath the degloving injury have been so severely damaged that they cannot be saved. In this case, the patient may require amputation to prevent the dead tissue from damaging the healthy tissue around it.

When a patient has suffered a degloving injury, it can appear extremely gruesome. It is challenging for a surgeon to tell how a skin graft will look immediately after it has been applied. The body needs time to accept the graft and heal the area that has been injured. It could take some time for the patient to truly understand how the graft will look.

Once this process has been completed, the patient may need to visit a plastic surgeon who might be able to make some of the graft look more aesthetically pleasing. They could remove any “dog ears” from the graft site, spread the subcutaneous tissue out to give it a more even appearance, or, possibly, redo some areas of the graft to improve the coloring. Finally, patients may require routine ultrasound scans that will ensure blood is flowing to the graft and facilitating the healing process.Possible Complications of a Degloving Injury

There are numerous complications that a patient has to be aware of with any degloving injury.

The patient’s prognosis must be taken on a case-to-case basis because these injuries can range in severity. If the injury is small and superficial, the patient could be left with only a scar.

A severe injury could damage the tissues underneath and limit the motor and sensory function of the limb. The most severe degloving injuries could result in an amputation of the limb itself. Because of the wide spectrum, patients should speak with their physician about the prognosis of their individual case.

Watch the video from Audiopedia to know more about degloving injury:

I’m Ed Smith, a Sacramento Degloving Injury Lawyer. Suffering from or seeing a loved one suffer from a degloving injury is one of the most difficult situations you'll experience in your life. Because this is a high-risk injury, urgent medical treatment is always a must to help the patient recover faster. But, to avoid this from happening to you or a loved one, extra care should be observed at all times.

Editor's Note: This article has been updated for accuracy and relevancy [cha 3.16.21]