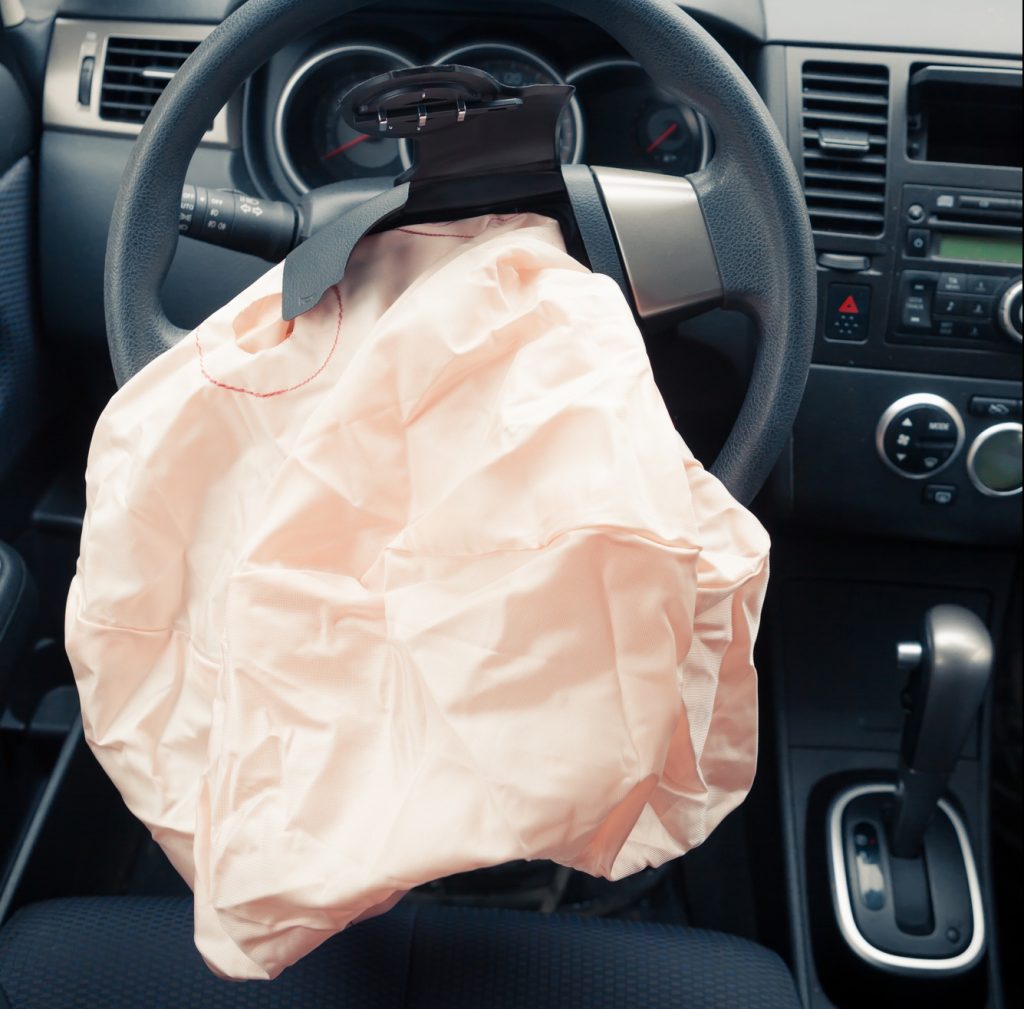 Although airbags constitute one of the most effective safety devices for keeping vehicle occupants safe during a motor vehicle accident, this form of vehicle safety equipment poses dangers when defective.

Our Sacramento defective airbag injury lawyers at AutoAccident.com are committed to seeking the fullest measure of compensation for vehicle occupants injured by faulty airbags. Because we have represented personal injury victims, including those injured by defective airbags since 1982, our law office can provide the experience, skill, and tenacity you need when taking on the manufacturers of vehicle components and their insurance companies.

If you or a family member has suffered injuries in an accident due to an airbag defect, call our experienced Sacramento personal injury lawyers at (916) 921-6400 or (800) 404-5400 for a free consultation.

What You Need to Know about Takata Exploding Airbag Claims

While defective airbags that fail to deploy, deploy too aggressively, or deploy at the wrong time have historically been a cause of severe injury or wrongful death, a new threat has arisen in the form of exploding airbags manufactured by the Japanese airbag supplier Takata. The Takata airbag recall is the largest vehicle recall in history, with estimates predicting that the recall potentially affects 34 million vehicles in the United States.

The tragic stories involving the exploding airbags manufactured by Takata have been covered extensively by media sources because the recall amounted to the largest automotive recall in history.  According to lawsuits filed against Takata, the defective inflator and propellant devices might deploy improperly during a collision. The airbag can explode and propel metal shrapnel at vehicle occupants when this occurs.  The defect has been linked to over ten deaths as of May 10, 2016, and close to 140 fatalities, according to autoweek.com.  Because the Takata airbag recall is estimated to include over 34 million vehicles in the United States and another seven million worldwide, injuries and fatalities will continue to mount as the recall is slowly implemented.

High humidity increases the probability that a Takata airbag will explode and expel shards of metal at vehicle occupants. Still, the NHTSA has indicated that the risk of this malfunction is not confined to high humidity regions.  Nissan, one of the vehicle manufacturers that equip its vehicles with Takata airbags, has indicated that the chemical propellant used to inflate Takata airbags tend to deteriorate over time.  While Nissan has stated this propensity increases under high humidity conditions, Reuters has reported that bad welds, rust, and even chewing gum that fell into an inflator have been linked to the malfunctions.

Further, a Takata plant in Mexico was found to have a defect rate of six to eight times higher than acceptable limits, according to a study conducted by the company.  When the propellant degrades, the pressure on the metal inflator housing can become so intense it ruptures.  Given the potentially fatal consequences of this defect and the complexity involved in identifying the cause of the exploding airbag hardware, you should seek legal advice immediately if you or a loved one has been injured by shrapnel from a malfunctioning airbag.

Vehicles equipped with Takata airbags include the following manufacturers:

Airbags are designed to augment seat belts to reduce the risk of devastating injuries to vehicle occupants. The National Highway Traffic Safety Administration (NHTSA) estimates that airbags saved the lives of approximately 1,227 vehicle occupants per year over two decades.  When seat belts and airbags are combined, the probability of surviving a crash increases by over sixty percent.  However, a malfunctioning airbag can create a false sense of security for vehicle occupants.

The basic design of airbags involves a sensor system that communicates with a control module which triggers inflation of the bags made of nylon fabric. The inflated airbags prevent contact of vehicle occupant heads with the steering column, dashboard, windshield, door frame, or other hard surfaces that can cause traumatic brain injuries, spinal injuries, and other severe forms of damage.  Airbags are only supposed to deploy during a collision based on sufficient impact, usually when the vehicle travels at a speed of at least 15 mph.

Despite the potential safety benefits of airbag systems, various defects can cause serious injury.  A child or small adult also can suffer severe injury when improperly positioned in the vehicle or located too close to the airbag when a deployment occurs. Airbags that are defective might malfunction in the following ways:

If you are injured in a crash or suffer more severe injury because of a malfunctioning airbag, you might have a right to pursue a product defect claim against the vehicle and/or airbag manufacturer, designer, or retailer.  You must retain an attorney who will work closely with industry experts to identify the cause of an improperly functioning airbag, such as poorly located sensors, defective control modules, defective inflators, and other malfunctioning components.

If you or a family member have been injured in a crash caused by a defective airbag, please call our experienced Sacramento defective airbag attorneys today at (916) 921-6400 or (800) 404-5400 for free, friendly advice.

Editor’s Note: This page has been updated for accuracy and relevancy [cha 4.25.22]