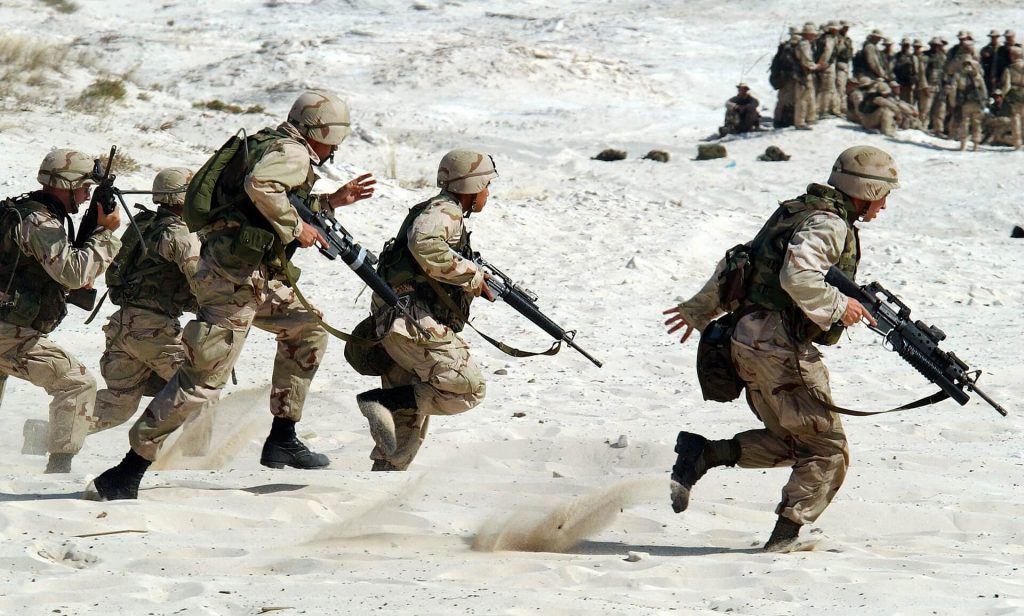 Hundreds of veterans have begun filing lawsuits for damages caused by defective 3M combat earplugs that were sold to the military. Because of problems associated with the earplugs, soldiers have suffered complete or partial hearing loss and ringing in the ears or tinnitus. The lawsuits claimed that the company knew the earplugs were defective but continued to sell them without warning the military. They were used by military personnel in training and during combat missions. We stand with those who honor our country by defending it against harm. If you have experienced hearing problems after serving in the military between 2003 and 2015 and used the defective 3M combat earplugs, you have the right to place a claim for financial compensation.

Aearo Technologies first designed and developed the earplugs. In 2000, they tested the product and first sold them to the military in 2003. At this time, the combat earplugs were provided to military personnel as standard issues. In 2008, 3M, a Minnesota-based company, acquired Aearo Technologies and took over the sale of the earplugs. The defective 3M combat earplugs were sold until 2015. Aearo knew about the defect in the earplugs. However, they did not disclose it when initially contracting with the military. 3M also knew and failed to disclose such information to the Defense Logistics Agency that procures equipment for the Navy, Army, Marines, and Air Force.

The first version of the earplugs made by Aearo was not dual-sided. The dual-ended Version 2 Combat Arms Earplugs are designed to provide a choice to users by allowing either end to be inserted into the ear canal. If the yellow end of the earbuds is inserted, it is possible to hear normal conversation or commands. However, if the other, darker end is inserted, the company said that hearing would be protected from explosions and gunfire and noise would be blocked entirely. Aearo certified that upon testing its earplugs reached 22 decibels in the noise reduction ranking (NRR) in its communications with the military. This is the required level of noise reduction, although other earplugs advertised today reach levels of 33 decibels. When the earplugs were later tested, it was found that they only ranked at 10.9 decibels. This lower level of noise reduction was due to a design issue inherent in the defective 3M combat earplugs.

The defective 3M combat earplugs had a design defect that allowed noise to seep back in after insertion. The earplug was found to be too short to be properly inserted into the ear canal. Over time, the earplug loosens its fit inside the ear. Users would not be aware of this. The noise reduction ranking of 22 was achieved only if the flange was folded back. No instructions were given on usage when the contract was signed. Both Aearo Technologies and 3M knew in 2000 that the design was defective.

Military Conflicts Where the Defective 3M Earplugs Were Issued

Aside from training, soldiers used the 3M earplugs in some of the following conflicts:

Soldiers who fought overseas during the period between 2003 and 2010 were four times more likely to develop hearing loss and tinnitus.

The failure of the earplugs to work in combat and training situations leads to hearing damage as well as tinnitus. Hearing loss can cause problems in every sector of life, including work, social situations and among family members. Tinnitus is a major reason 1.6 million to 2 million vets seek medical care, according to a VA source. Overall, tinnitus is one of the most common complaints of veterans.

Tinnitus is the sensation of ringing or noise in the ears. While tinnitus is not a disease or condition in itself, it is the result of something else such as injury to the inner workings of the ear. Some common symptoms of tinnitus are roaring, buzzing, ringing, hissing, clicking or humming noises. It can occur in one or both ears, and the pitch can range from high to low. Most cases of tinnitus are subjective. Being exposed to loud noise is a frequent precursor to tinnitus.

If the noise level is high enough, the tinnitus can become permanent. The risk of developing tinnitus increases due to exposure to loud noises such as gunfire or an explosion. The lack of protection that the defective 3M combat earplugs provided was proven instrumental in causing tinnitus. The presence of tinnitus causes a decrease in the quality of life. It can lead to depression, memory problems, anxiety, irritability, difficulty sleeping, fatigue, and stress. In order to prevent tinnitus, adequate ear protection is advised.

Loud noises can cause damage to inner ear structures. The damage can happen right away or occur slowly. It can be short-lived or long-lasting. Approximately 10 million adults who are younger than 70 have noise-induced hearing loss. It is greater for those who are in the military due to loud explosions or gunfire. Sound is measured in decibels. Noises under 75 decibels do not damage hearing. Sounds above or at 85 decibels are dangerous to hearing and may cause impairment. Measurement of various sound levels as a comparison include:

How Does Noise Damage Hearing?

Hearing depends on the conversion of sound waves into electrical signals. The auditory nerve carries the electrical signals to the brain where the sound is interpreted. Hair cells called cilia within the cochlea of the inner ear pick up the vibrations made by sound, and small projections on top of the cilia bend, allowing chemicals to be released. It is the totality of this that allows the sound wave to be converted into an electrical impulse. Noise-induced hearing loss is usually caused by damage to the hair cells. Once damaged, the body does not replenish them. Without working hair cells or cilia, hearing is lost. In some cases, gunshots or explosions can cause the eardrum to rupture or hurt small bones within the ear, making them ineffective. This causes an immediate and permanent loss of hearing.

Moldex-Metric, a California company that manufactures earplugs, was aware of the defective 3M combat earplugs and filed a qui tam lawsuit under the False Claims Act that said both Aearo Technologies and 3M knew about the problem and did not disclose it. The issues in the lawsuit were

The False Claims Act is a law that makes it possible to obtain penalties and make criminal charges against those that would falsely represent a product, billing inappropriately, or otherwise defrauding the government. It is also called the Lincoln Law since it was enacted during the Civil War. In addition to damages associated with fraudulent behavior, the government said that it was hurt by all the medical claims and costs associated with a large number of soldiers who have sought treatment due to the defective 3M combat earplugs. In 2018, 3M agreed to pay $1.9 million to the government to settle the claim. The whistleblower, Moldex-Metric, received almost $2 million for their part in the lawsuit.

Symptoms a Military Veteran May Experience

Some of the symptoms the veterans might experience are:

Qualifications for Filing a Lawsuit

To file a lawsuit for deceptive 3M combat earplugs, the following conditions must be met:

In California, it is necessary to show that the use of a product as instructed caused injury. However, it is not required to prove negligence. This falls under the doctrine of strict liability. However, the injured party must show that the product was defective. The defect can be due to the design of the product, its manufacturing process, or improper marketing. In some cases, the defendant will attempt to show that there was no negligence. This is usually the onus of the plaintiff, however, under strict liability, it is assumed that if a defect exists, negligence must have been present.

Watch the following video presented by Ed Smith on how to choose a personal injury lawyer:

I’m Ed Smith, a 3M combat earplug liability lawyer. If you’ve suffered hearing loss or tinnitus from using the defective 3M combat earplugs, you need the insight only an experienced lawyer can provide. The attorney can help secure records of hearing tests before being inducted, before and after deployment, and on discharge as well as current ones, and testimony can be elicited from medical experts. Call me at (916) 921-6400 or toll-free at (800) 404-5400 for free and friendly advice. I served in the military myself and have great respect for all the soldiers who came after me. I am proud to support and help those servicemen and women who have suffered due to the defective earplugs made by 3M. You can also reach me online if that is better for you. I will work hard to obtain the compensation you deserve.

I’ve been honored by the National Association of Distinguished Counsel that chooses members from the top 1 percent of lawyers who have shown legal excellence in their practice. I am also a long-standing member of the Million Dollar Advocates, a group of lawyers who have won settlements and verdicts of more than $1 million for a client.

In the more than 37 years that I’ve practiced personal injury law, I’ve helped numerous Sacramento and other residents of Northern California achieve the compensation they need and deserve in a variety of cases. They include among others:

Editor’s Note: This page has been updated for accuracy and relevancy [cha 2.24.21]