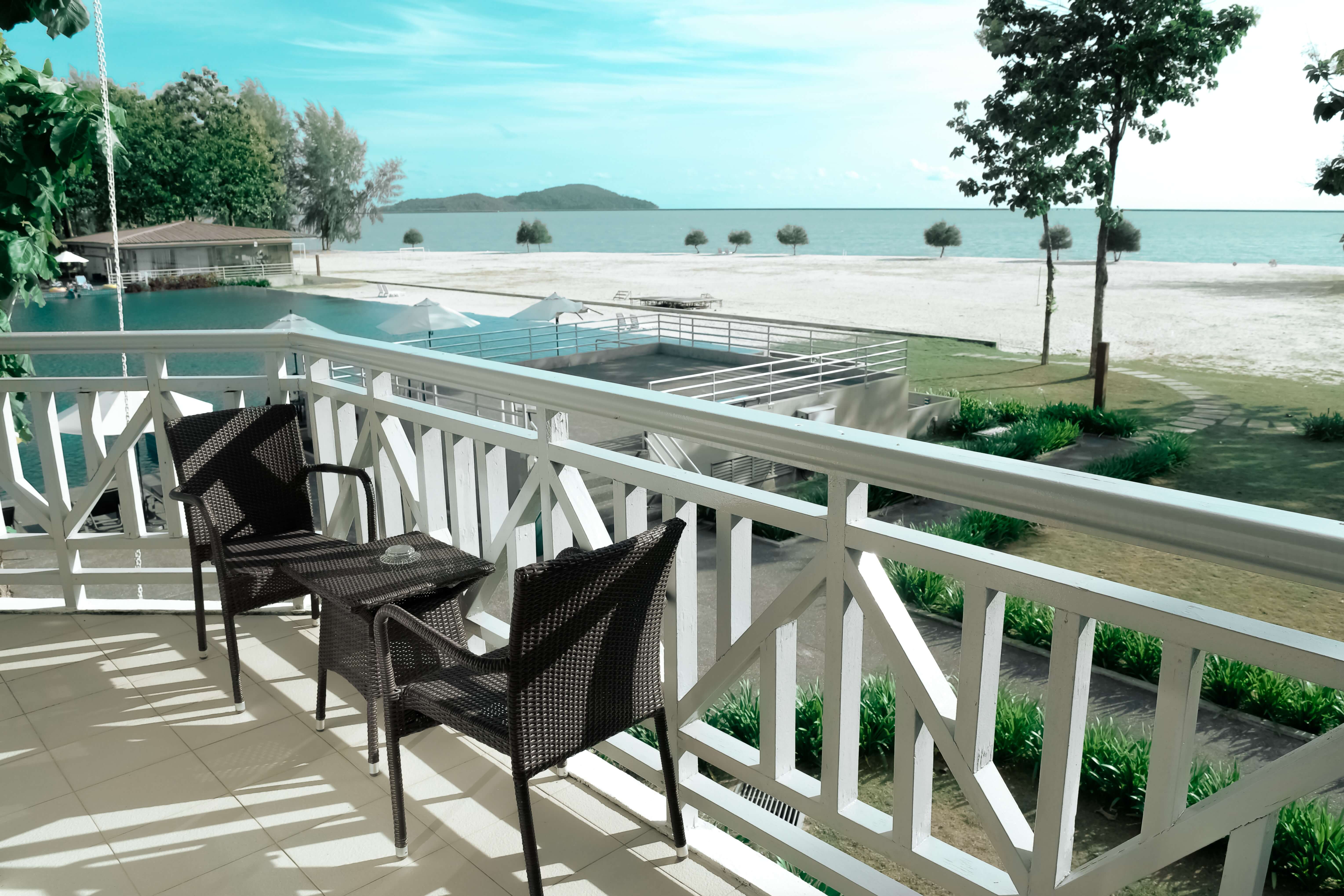 It’s a common activity many of us have enjoyed at a friend’s house, neighbor’s house, or local business – a cookout, wine testing, or party outside on a deck or balcony. Many people look for homes or condominiums offering large back decks and/or a front porch. A quality back deck or front porch can provide the outdoor accessibility and entertaining space that can make a cramped one-bedroom townhome feel like a luxury. However, decks, balconies, and railings require maintenance and proper upkeep. If they are neglected, especially when the season's change and these structures are exposed to the elements, the materials can become warped and weakened. This could result in the deck collapsing or railings coming loose and exposing you to serious physical harm.

After a serious injury in a balcony collapse, don’t wait to look for an experienced legal professional. Instead, call me Ed Smith for help. I have the experience you need to help ensure you can recover the compensation you deserve.

A five-year study using the reported numbers to the Consumer Product Safety Commission concerning deck collapse incidents in the United States revealed 224,740 injuries related to a defective or neglected deck or porch. Over 30,000 of those injuries resulted from structural failure or collapse. As you can see, deck collapses occur more frequently than you may think, and when they do, the consequences can be quite serious, even deadly.

There are numerous instances of serious deck collapses that have occurred in California. For example, in June 2015, an apartment balcony collapsed, killing six students and injuring seven others in Berkeley. An investigation of the tragic incident discovered that the balcony had decayed to the point of severe dry rot, according to CNN.com. Imagine, in the blink of an eye, six young lives were lost because the owner of that apartment complex failed to take the proper precautions and upkeep of their balcony.

According to the International Association of Certified Home Inspectors (InterNACHI), of the 45 million existing decks in the United States, only about forty percent are completely safe. Rail failures occur much more frequently than a total deck or balcony collapse like the one in Berkeley. However, because rail failures are considered less serious and often do not result in a loss of life, people simply do not report them to the proper authorities.

Watch the Youtube video below depicting how devastating porch and deck collapses can be.

Causes of a Major Porch, Balcony, or Deck Collapse

According to InterNACHI, many deck collapses occur because decks are over-occupied or under a heavy snow load. Decks cannot hold an infinite number of people and/or items (e.g., grills, patio furniture, etc.). If there is too much weight on the deck, it creates the risk of collapse. In addition, in approximately 90 percent of deck collapse incidents, the collapse resulted from separation from the house and the deck ledger board, which allows a deck to swing away from the house. Decks can also collapse because of the following factors:

A deck, porch, or balcony collapse is a serious incident that often results in people suffering extensive physical injuries and emotional trauma. The experience of a structure suddenly failing and sending you careening to the ground is disturbing and can have long-term psychological ramifications on a victim.

This mental shock is often accompanied by physical injuries such as:

Many of the above-listed injuries require weeks, or even months, of intense rehabilitation to fully recover. That is weeks or months where you may not be able to return to work, and you may be forced to miss out on important life events. Some of the lists of injuries can also leave permanent damage. For example, a traumatic brain injury can permanently harm someone causing memory loss and/or the loss of motor function skills such as speaking or writing.

In addition to serious physical injuries, there is a risk of losing your life if you are on a deck when it suddenly collapses. In fact, the North American Deck and Railing Association reports that 30 people were killed in a six-year period from a deck collapse.

What Are My Rights Under California Law?

It is critical in these cases to have an engineer inspect the premises promptly before the landlord or owner makes repairs.

If you or a loved one was seriously injured in a deck, balcony, or porch collapse, you might be able to take legal action by filing a premises liability claim against the owner of the property where the collapse occurred. In California, premises liability is based on general negligence principles. It has a body of statutory law and case law (i.e., statutes are passed by the state legislature, and case law is established by California judges).

In a deck collapse premises liability claim, the injured party (i.e., you or a loved one) must establish the following elements:

To ensure you have a solid legal foundation to file a premises liability claim, you should speak to our injury lawyers. We have represented numerous clients in serious injury and wrongful death cases. The counsel of a personal injury lawyer can help you assess the viability of your potential case.

In determining who is liable (i.e., responsible) in a deck collapse or railing failure premises liability case, the critical elements are (i) ownership, (ii) possession, and (iii) control of the premises. The person or entity owning, possessing, or controlling the premises is responsible for any injuries arising from a defective condition on the premises. Without the element of control over the premises, there is no duty to exercise reasonable care to prevent injury on the property. For example, if you were injured at an abandoned warehouse with no owner, it would be challenging to find a responsible party who would be the defendant in a lawsuit.

In determining whether the property owner owes a duty to you or a loved one, a judge or jury will be tasked with reviewing an array of factors, including the foreseeability of harm and the proximity between your injury and the alleged negligent conduct of the owner.

Generally, a property owner owes a duty to others to act reasonably and maintain the premises safely to prevent people from being injured. If children are at the premises, the duty of care is heightened because children lack the capacity to appreciate risks and avoid danger. This means that if a child is hurt at a premise, the threshold for establishing liability is lower compared to a suit brought by an adult, where comparative negligence could be raised as a defense.

If there is a latent or concealed defect on the property, the owner owes a duty to exercise ordinary care to make the condition reasonably safe for people coming onto the land or to give such people adequate warnings so they can avoid the danger. For example, the balcony in Berkeley was in such poor condition that the structure was being destroyed by dry rot. The owner had a duty to inspect the balcony to take ordinary care of the balcony and, at the very least, warn people that the balcony was in a poor structural condition and should not have people on it. In fact, when a property owner is affirmatively aware of a concealed condition and fails to exercise reasonable care or give sufficient warnings, a trier of fact can reasonably conclude that the property owner was negligent.

A property owner’s duty of care is not confined to simply keeping the physical property in a safe condition. If the activity taking place on the property is a danger to others, then the property owner can be held liable. The most common example is inviting far too many people to an event, or party and the sheer weight placed on the deck or balcony causes the structure to collapse.

A duty to take affirmative action to control the wrongful acts of a third party is imposed on a property owner only when the owner reasonably anticipates the action. Foreseeability is a critical factor in establishing this duty. For example, if a property owner is throwing a party and a guest decides to do “tricks” or “stunts” on a deck railing, the property owner could be held responsible for any harms caused by that guest if the owner reasonably foresaw the action (i.e., the owner was told about the actions or saw the action taking place and did nothing). In addition, foreseeability as an element of a duty of care is a question of law that must be decided by a California court.

Damages You Can Pursue Through an Injury Claim

If you or a loved one was the victim of a deck collapse, balcony collapse, or railing failure and that defect was due to the fault of a homeowner, builder, or another third party, you may be able to pursue financial compensation for the following expenses:

I'm Ed Smith, a Sacramento Balcony Collapse Lawyer. Contact my office today to schedule a free and completely confidential consultation. During the consultation, we’ll discuss the facts of your case and decide whether it makes sense to move forward. Call our office at 916.921.6400 or 800.404.5400 for free and friendly advice.

We handle serious injury cases throughout California and can also refer you to experienced counsel if you are injured in another state.

Editor’s Note: This page has been updated for accuracy and relevancy [cha 4.8.21]

Photo by Donald Tong from Pexels