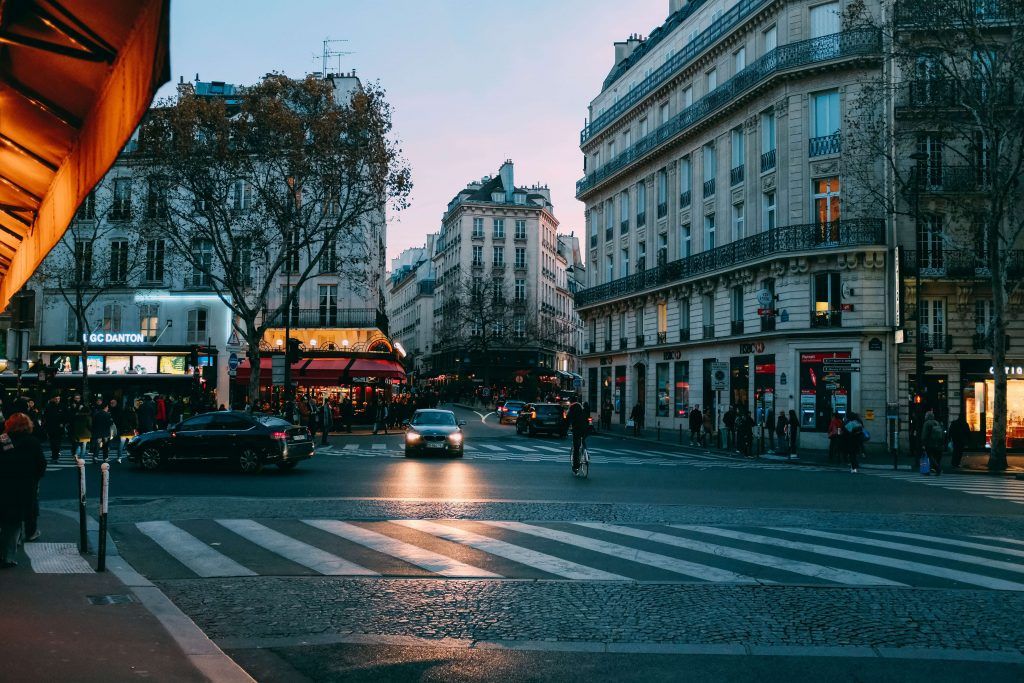 Pedestrians have the right to cross roadways safely, and they have the right to utilize a safe transportation system, free from dangerous conditions in crosswalks. City planners have a legal obligation to design and implement convenient and secure pedestrian crossings.

Designated crosswalks are outlined with yellow or white pavement designs. The marked crosswalk area can lead pedestrians to feel as though they are within a safe space and are somehow immune to oncoming traffic. However, crosswalks at intersections without traffic controls such as stop signs or signal lights, or those with insufficient lighting or other issues affecting visibility can be seriously dangerous for pedestrians.

According to the Department of Motor Vehicles, in 2017, pedestrian fatalities accounted for more than 20% of traffic collision deaths in California. This figure resulted in heightened awareness of the issue. The Federal Highway Administration produced documentation that outlined acceptable safety measures to increase pedestrian safety, especially at crosswalks without traffic controls.

Except as outlined by statute, a public entity is not liable for injury occurring on its property, so the statutes must be examined in a case involving damage to or death of a pedestrian that occurred within a designated crosswalk at an intersection without traffic controls. It must first be proven that there was a "dangerous condition of public property."

To establish that an injury resulted from a dangerous condition of public property, Government  Code, Section 835 should be reviewed. Every element must be proven: that a hazardous condition existed, that the harm it created was foreseeable, that the dangerous situation caused the injury, that negligence or a wrongful act occurred, and that the entity had notice of the hazardous condition with enough time to remedy it before the damage occurred.

The first step in establishing liability against a public entity is proving a dangerous condition existed, so that is where we will focus in this article.

What Makes a Crosswalk Dangerous?

Government Code section 830 states that a dangerous condition does not involve a minor or insignificant risk, but a sizeable risk of injury when the subject property is used with adequate care and in the manner in which it was intended to be used, or foreseeably would be used.

Because there are so many layers to government liability, an attorney should always hire an expert in traffic safety before deciding whether a dangerous condition/crosswalk case is viable. One of the first questions to ask: Is there a prior history of accidents at the subject crosswalk? Such information can be found with the California Highway Patrol, as they keep records of traffic collisions that cause injuries or fatalities within the state. The data is known as a Statewide Integrated Traffic Records System report. If the crosswalk in question has a significant history of incidents, that could help establish foreseeability and notice potentially dangerous conditions.

An inspection/study of the accident site can offer valuable information that may affect liability. For example, the proximity of the crosswalk to buildings such as hospitals, schools, or senior centers would require supplemental safety measures for secure crossing. Additional features could include flashing lights or warning devices alerting drivers to slower walkers or smaller pedestrians than standard height.

Traffic Conditions in Area of Crosswalk

If the crosswalk is located within an area with high traffic density, multiple lanes, or a greater speed limit than surrounding areas, supplemental safety measures should exist. Examples include speed tables or signal lights. An expert on traffic engineering should thoroughly analyze the traffic patterns affecting the subject crosswalk.

Improper Lighting and Other Visibility Problems

If the subject incident happened in the daytime, the traffic expert should evaluate if sunshine could have affected driver visibility and if there were changes that could have been implemented to mitigate the potential for sun blindness. If the collision took place in darkness, analysis of the lighting conditions would be critical. Be aware that government entities are largely immune if it is determined that the lights are malfunctioning.

Other visibility problems besides those involving lighting could affect the safety of a crosswalk. If the crosswalk is located near a bus stop, the crossing should account for the high volume of pedestrians that may be using it and the decreased visibility that exists when a bus is stopped near the intersection. Along those same lines, if the crosswalk's visibility is negatively affected by vehicles parked on the streets, that factor could contribute to a dangerous condition.

Conditions That Work Against Establishing a Dangerous Condition

If signs, signals, or flashing lights accompany the crosswalk, there is much less likely that a finding of a dangerous condition will be determined. Other safety enhancements such as islands and raised medians, curb extenders, crossing islands, enhanced lighting, and speed reduction measures will all work against establishing the Dangerous Condition requirement.

Even if one can prove the existence of a dangerous condition, government entities have many statutory immunities against liability for injuries that occur on their property. One of the governmental immunities most difficult to defeat is that established by Government Code Section 830.6, known as design immunity. This section was created to protect government entities and the engineers they employ when the construction of the subject property follows reasonable and approved design plans.

Design immunity is a defense that will completely nullify the claim against the public entity. Still, to establish design immunity, the governmental agency must prove elements of causation (jury decides), the existence of a pre-approved design plan (jury decides), and the reasonableness of the design (the court chooses to)  The element of the reasonableness of the design is the most difficult to defeat as the opinion of a governmental civil engineer or simply the fact that the plan was approved by professionals will likely be deemed adequate evidence that the plan was reasonable.

Other limited immunities are available to the government entity for injuries caused by an alleged dangerous condition, including Government Code Section 830.4, which states that the mere absence of traffic control signs or signals does not constitute a hazardous condition.

Liability against the government could be established when a dangerous condition exists for reasons in addition to or other than the "mere failure to provide" the controls or markings. Some additional conditions could include sight obstructions, blind spots, or variations in elevation of the roadway, for example. Also, if the crosswalk was located in an area with a high volume of pedestrian traffic, with higher speed limits, or in an area with a history of injury incidents, those conditions could combine with the lack of signs/signals to establish a dangerous situation.

This is not a complete list of government immunities that could apply, so the Government Code should be researched with an eye toward others. One such example is Weather Immunity, which is laid out in Government Code section 831.

Much research and analysis are advised before the decision to take on a case involving a potentially dangerous crosswalk is made. The expense of hiring a traffic engineering expert is worth it to find out the claim is not viable before spending more time and money in pursuing the matter.

The video below discusses how raised crosswalks can help reduce accident risk for pedestrians by slowing down traffic at intersections.

Pedestrian accidents often cause serious injuries. If you or a loved one have suffered injuries caused by a negligent driver, please reach out to one of our injury attorneys at (800) 404-5400 or (209) 227-1931 for free, friendly advice.

We've worked with Stockton families since 1982. Take a look at our settlements and verdicts, as well as our client reviews at the sites below:

Editor's Note: This page has been updated for accuracy and relevancy [cha 3.17.22]

Photo by Adrien Olichon on Unsplash